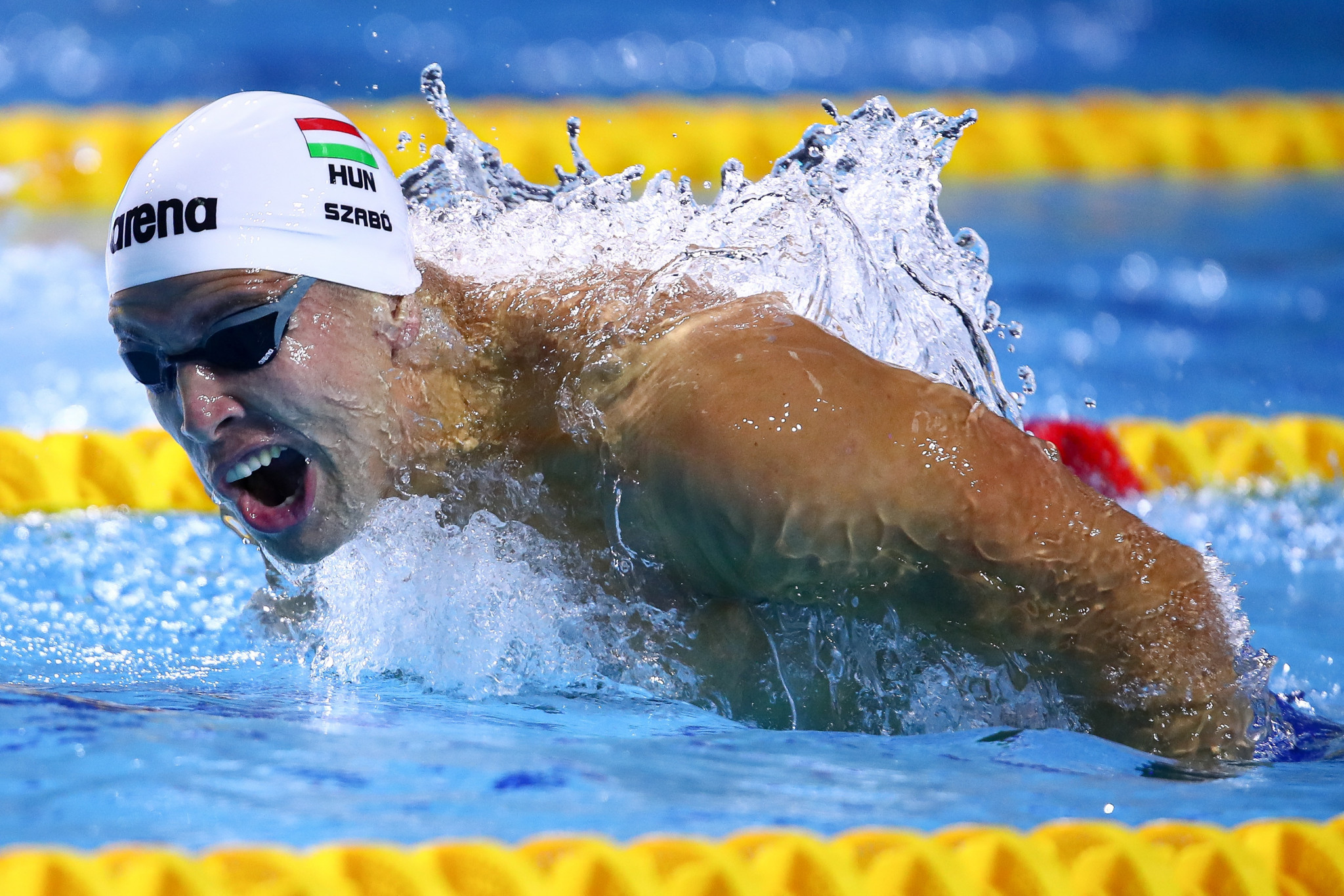 Szebasztián Szabó of Hungary tied the world record in the men’s 50 metres butterfly as he stormed to victory at the European Swimming League (LEN) European Short Course Swimming Championships in Kazan in Russia.

The Hungarian lowered his own European record, which he broke yesterday after touching the wall in a time of 21.75sec.

His superb showing equals the world record set in 2018 by Brazil’s Nicolas Santos.

Szabó saw off the dual Italian challenge of Matteo Rivolta and Thomas Ceccon, who clocked 22.14 and 22.24 respectively to claim the other podium spots.

There were a total of seven gold medals handed out on the day, with the first awarded to Kira Toussaint of The Netherlands as she completed the backstroke treble in Kazan.

The Dutch swimmer clinched the women’s 100m backstroke title in 55.76, as compatriot Maaike de Waard came second in 55.86 and France’s Analia Pigree completed the podium after finishing in 56.40.

Sjöström claimed top spot in 55.84 – almost one second ahead of Greece’s Anna Ntountounaki and Belarus’ Anastasiya Shkurdai who both secured silver after touching the wall in 56.35.

The bronze medal was won by Italy’s Elena Di Liddo, who finished in 56.61.

Romania’s David Popovici triumphed in the men’s 200m freestyle after edging Luc Kroon of The Netherlands by just 0.08.

Belarussian Ilya Shymanovich won the men’s 200m breaststroke title by the narrowest of margins after clocking 2:01.73.

Arno Kamminga of The Netherlands agonisingly missed out on gold by 0.01 as Russia’s Mikhail Dorinov came third in 2:02.07.

There was no stopping Israel’s Anastasia Gorbenko, who clocked 2:05.17 to win women’s 200m individual medley gold.

The final event of the day was won by The Netherlands, triumphing in the mixed 4x50m freestyle in a time of 1:28.93.