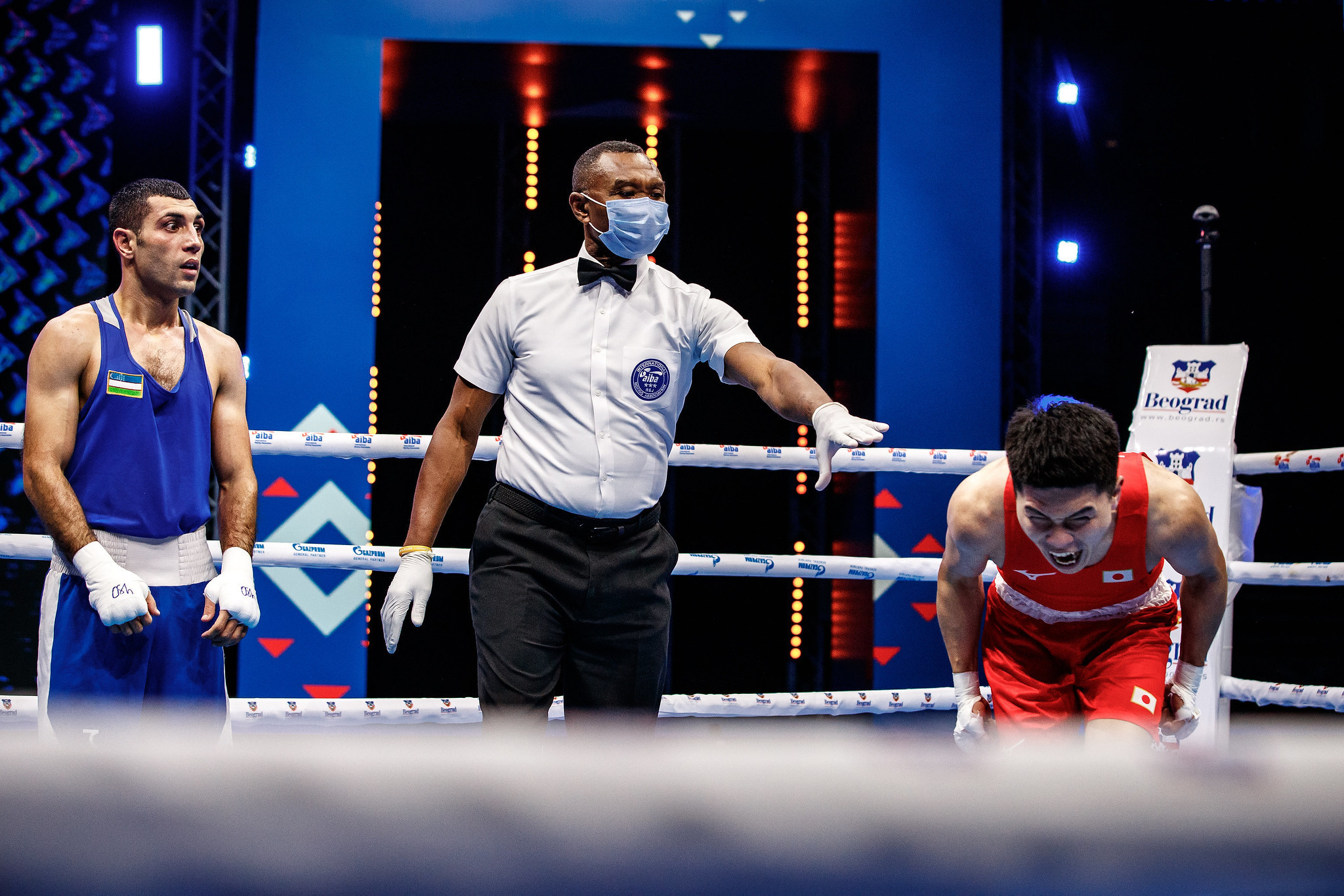 Uzbekistan's defending world champion Shakhobidin Zoirov is the latest contender to be eliminated in the preliminary stages after losing his round of 16 bout at the International Boxing Association (AIBA) Men's World Boxing Championships.

The 28-year-old lost the match on a 3-2 split decision to Japan's Tomoya Tsuboi, who had a perfect score in the third round to turn the result around in his favour.

Now Tsuboi moves into the quarter-finals of the under-54 kilogram category where he is to face Jabali Breedy of Barbados, who was impressive again, this time against Bayarsaikhan Enkh-Amgalan of Mongolia.

Yoel Finol Rivas of Venezuela put in a gutsy performance against Spain's Gabriel Escobar to progress in the weight too, while Makhmud Sabyrkhan of Kazakhstan was the victor by split decision in a great fight with Scotland's Matty McHale.

In the under-86kg round of 16, England's Conner Tudsbury was a unanimous winner against Rogelio Romero of Mexico, setting up a mouth-watering tie with Belgian Victor Schelstraete, who also won by unanimous decision against Damir Plantic of Croatia.

Herich Ruiz Cordoba of Cuba advanced too with a convincing victory over Odai Alhindawi of Jordan, as did the Russian Boxing Federation's (RBF) Sharabutdin Ataev with victory over Erkin Adylbek of Kyrgyzstan.

Mark Petrovskii put another RBF boxer into the quarter-finals - this time at the over-92kg weight - with a convincing last round turning the tide against Germany's Nelvie Tiafack, with judges ruling it a 3-2 split decision.

Nigel Paul of Trinidad and Tobago is one win away from winning his nation's first medal ever at the World Championships after defeating Spain's Ayoub Ghadfa Drissi, now needing to beat Turkey's Berat Acar who was a unanimous winner over Petar Belberov of Bulgaria.

Lazizbek Mullojonov of Uzbekistan dismantled Delicious Orie of England in the final bout of the afternoon.

The under-92kg round of 16 took place today too, with Italian Aziz Abbes Mouhiidine putting in another performance worthy of a medal following his victory against Ecuador's Julio Castillo Torres.

He faces India's Sanjeet in the next round, who vanquished Giorgi Tchigladze, while American Jamar Talley continues to show his fine form following a resounding win over Andrei Zaplitni of Moldova.

In a fierce encounter, Lewis comes out on top to earn his THIRD win of the competition and will now compete in Tuesday's quarter-finals - congrats! ? pic.twitter.com/PPy3qm2GY5

England's Lewis Williams was given the nod in a split decision against Ukrainian Robert Marton, while Julio La Cruz of Cuba lived up to expectations by thumping Toufan Shafiri of Iran.

Vsevolod Shumkov of the RBF claimed a win in the under-60kg last 16 against Japan's Hayato Tsutsumi to progress and now faces Uzbekistan's Abdumalik Khalokov who stopped Slovenian Tadej Cernoga.

Edgaras Skurdelis was an unpopular winner as the Lithuanian defeated the home favourite Semiz Alicic of Serbia unanimously.

Samatali Toltayev of Kazakhstan is through too after dominating Colombia's Duvan Zuleta Moreno.

In the under-71kg, Aslanbek Shymbergenov of Kazakhstan was the expected winner against Germany's Magomed Schachidov, and American boxer Obed Bartee-El II got closer to the medals following victory over Arman Darchinyan of Armenia.

Jordan's Zeyad Eashash had a tough bout against Norwegian Don Emini, but emerged with the win in a split decision.