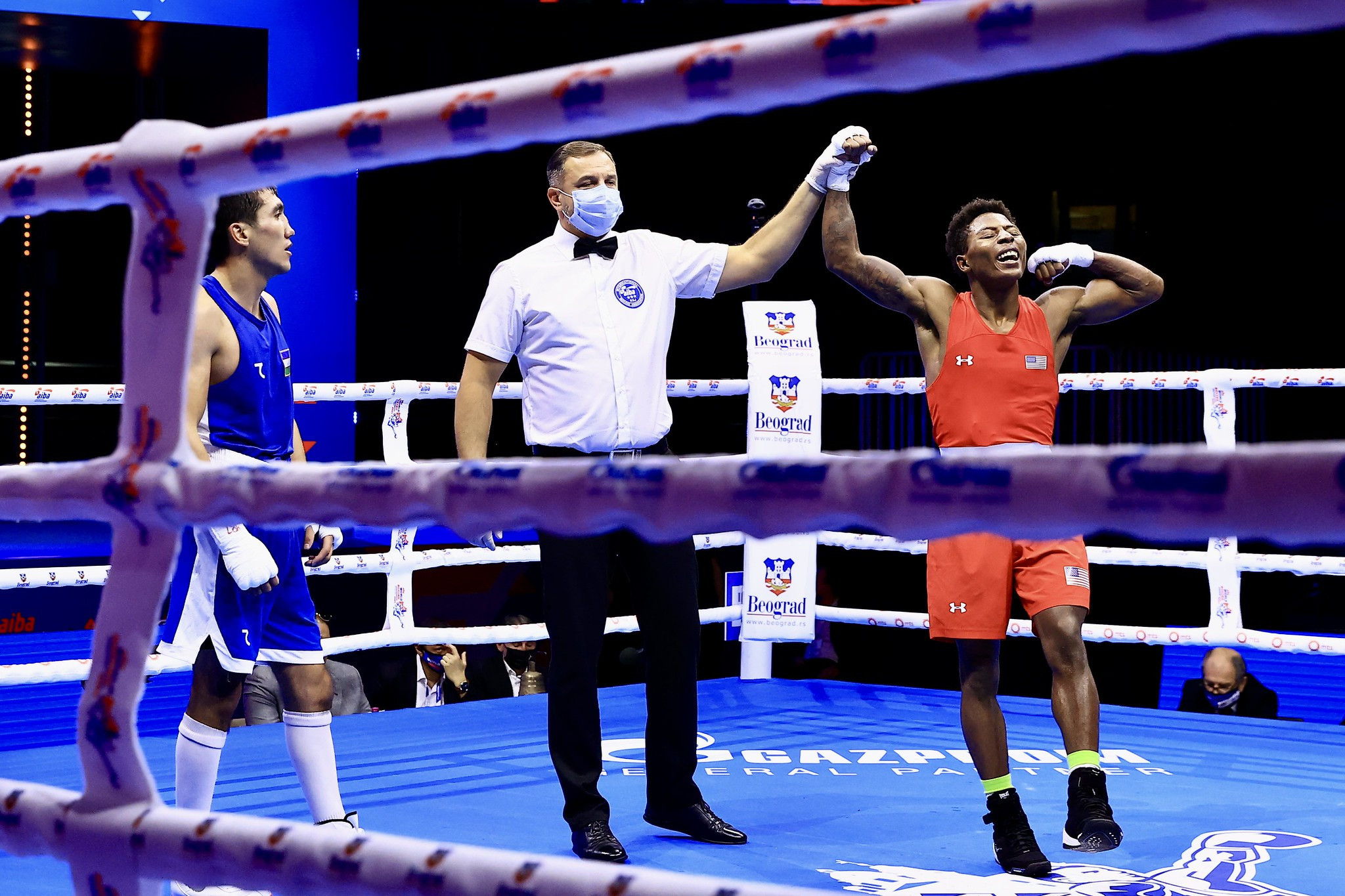 The defending world champion Uzbekistan's Mirazizbek Mirzakhalilov was the latest big name to exit the tournament following defeat on the fourth day of the International Boxing Association (AIBA) Men's World Boxing Championships here at the Štark Arena in Belgrade.

Competition was held over three weight categories today - the under-57 kilograms, under-67kg and over-92kg.

Mirzakhalilov lost his contest to the impressive Jahmal Harvey of the United States in the under-57kg, meaning he will not be a medallist this year.

Kyrgyzstan's Akylbek Esenbek stopped a home victory in the same category, as he defeated Serbian Veljko Gligoric by unanimous decision.

One of the highlights was the first boxing win at the Championships for the Fair Chance Team, with Abdule-Fawaz Aborode defeated Anthony Joseph of Trinidad and Tobago.

Javier Ibanez Diaz of Bulgaria thumped Croatia's Filip Kolak, with the match being stopped in the second round; he is set to meet Yilmar Gonzalez in the round of 16, following the Colombian's unanimous win against Khusravkhon Rakhimov of Tajikistan.

Later in the evening, Miguel Vera Barreras of Mexico continued to impress with a unanimous victory against Nepal's Puran Rai.

Nurettin Ovat of Turkey claimed victory after a referee stoppage due to accidental injury, which saw him win on points against Polish boxer Pawel Brach.

There were many exciting bouts in the over-92kg, including one featuring the home favourite and athlete oath-taker for the Championships, Vladan Babic of Serbia.

Babic came from behind in a very tight bout to win on split decision against Cameroon's Yegnong Maxime, who came out the blocks firing but struggled in the final round with the crowd cheering on his opponent.

India's Narender could be one of the contenders for the gold, having made it through to the round of 16 too after causing the referee to stop his bout with Mohamed Kendeh of Sierra Leone, who was deemed unable to sufficiently defend himself anymore.

England's Delicious Orie showed fantastic footwork as he eased to victory against Mexico's Luis Gomez Meneses, but the sportsmanship between the two after the bout was the highlight, with Orie hugging his opponent before Gomez held the ropes open for the victor.

Petar Belberov of Bulgaria knocked Seychelles' Keddy Evans Agnes off his feet to progress too, while Nelvie Tiafack of Germany forced his contest with St. Lucia's Ryan Charles to be cut during the second round after overpowering his opponent.

Finally, in the under-67kg, Japan's Sewonrets Okazawa put in another dynamic performance as the artful dodger won unanimously against Moldova's Dmitri Galagot, winning the battle of the mind games.

Akash Sangwan beats Deniel Krotter of Germany in the 67kg division by a 4-1 split decision at the Boxing World Championships. Tough pre quarterfinal bout next though against Kevin Brown of Cuba. pic.twitter.com/2vgU73sDyA

India's Akash was a 4-1 split decision winner against Deniel Krotter of Germany, while the US' Omari Jones progressed following a tight contest with Scotland's Tyler Jolly, which he won unanimously.

Norway's Martin Skogheim progressed with the most intriguing scorecard of the night - winning by split decision 3-2.

He received full backing by three judges in all rounds, while his opponent Saidikrom Amonov of Tajikistan was unanimously approved by the other two.