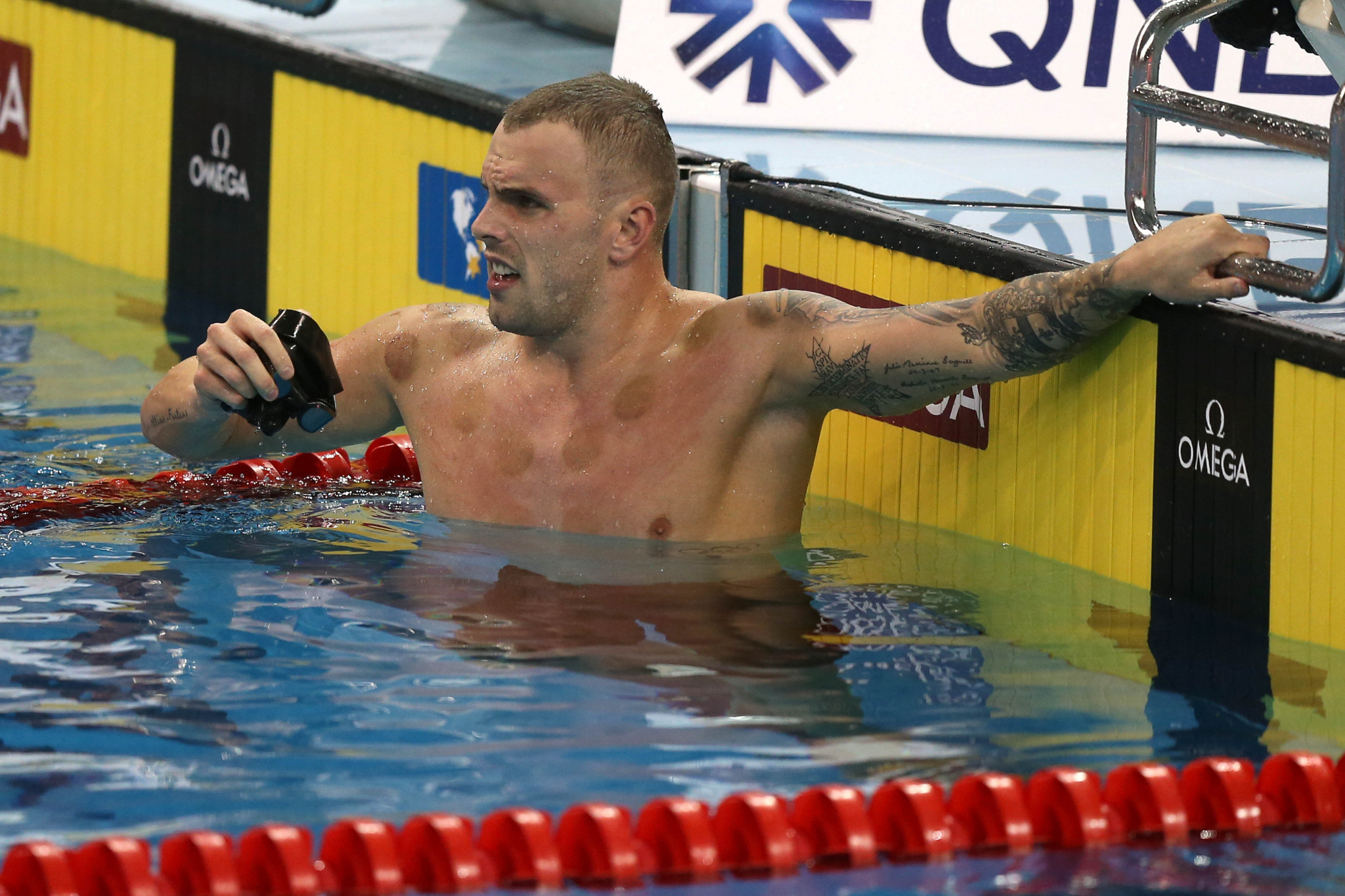 Australian Kyle Chalmers lived up to his "Big Tuna" nickname as he produced a brilliant performance in the men's 100 metres freestyle at the third leg of the International Swimming Federation (FINA) Swimming World Cup in Doha.

The Rio 2016 gold medallist was especially quick over the first 50m, clocking in at 21.64 seconds, which carried him towards victory in 45.03 ahead of Russian Vladimir Morozov and Hwang Sun-woo of South Korea, who finished in 46.31 and 46.46 respectively.

Chalmers' time is just 0.09 sec off the short-course world record, and is a new best for the Commonwealth and Oceania.

South African Matthew Sates continued his scintillating form in the Qatari capital as he won the 200m medley.

The 18-year-old beat Danas Rapšys for the second day in a row as he touched the wall in 1min 52.32sec, compared to the Lithuanian's 1:54.29, while Israeli Yakov Toumarkin claimed the bronze medal.

Another South African youngster impressed, this time 17-year-old Pieter Coetze, who powered to a 23.13 victory in the 50m backstroke ahead of Hungarian Szebasztián Szabó and Won Young-jun of South Korea.

Kromowidjojo, Mckeon, Wilson under 24sec for a FAST SWIM 🔥 in the 50m FREE Final.

Madison Wilson made up for her compatriots' woes in the 200m freestyle as the narrowly beat Slovenian Katja Fain in 1:53.54.

Annika Bruhn of Germany made up the podium.

Hungarian Zsuzsanna Jakabos dominated the competition in the 400m medley as she won by more than four seconds against Maria Ugolkova of Switzerland, who was followed by South Korea's Jung Ha-eun.

Tomorrow marks the final day of the FINA Swimming World Cup leg in Qatar, as Kazan in Russia gears up to stage the circuit's final competition from October 28 to 30.