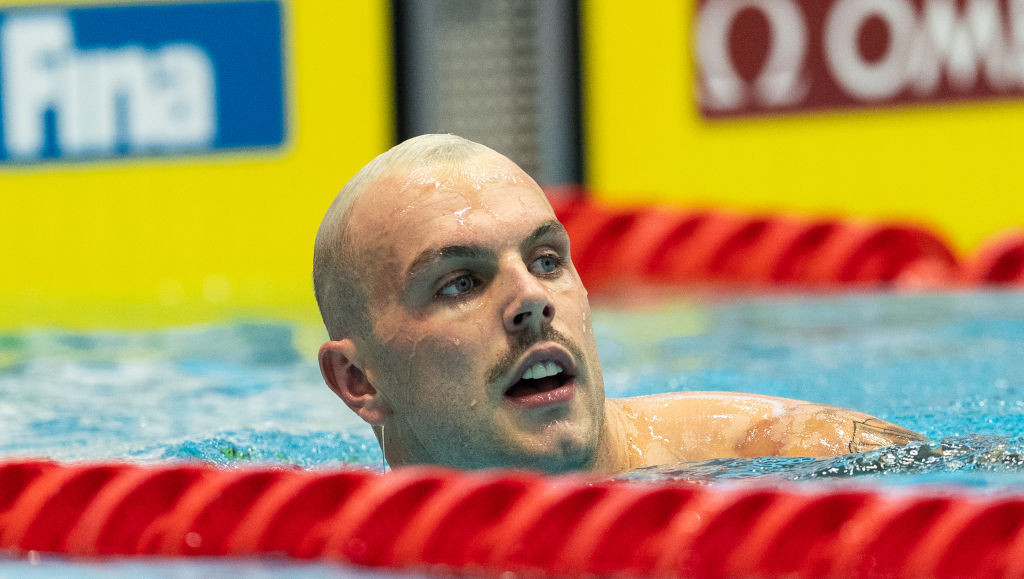 Australian Chalmers, the 100m freestyle champion at the 2016 Olympics in Rio de Janeiro, won the final in a time of 21.01sec as the World Cup series resumed following a year-long hiatus caused by the COVID-19 pandemic.

Morozov had won every World Cup 50m freestyle event in a streak stretching back 29 races, but could only finish joint third with Jesse Puts of The Netherlands in 21.15.

Hungary's Sebastian Szabo was second behind Chalmers in 21.09.

"Vlad has been really fast and he could have pulled out something special tonight so you had to be fast," said Chalmers.

"It’s good to have one under the belt, even if I personally would have loved to swim a whole lot faster."

Chalmers' team-mate Emma McKeon, the most decorated swimmer at the Tokyo 2020 Olympic Games after winning four gold medals in the Japanese capital, claimed victory in the women's 50m freestyle.

McKeon touched the wall in 23.56 to beat Sweden's Michelle Coleman, who was 0.32 behind in second place.

Madison Wilson, also of Australia, did enough for third, clocking 24.04.

Canada's Margaret Macneil was just 0.03 adrift in second place, while her compatriot Kylie Massie came through to end the race in third.

Action in the German capital is scheduled to continue tomorrow.