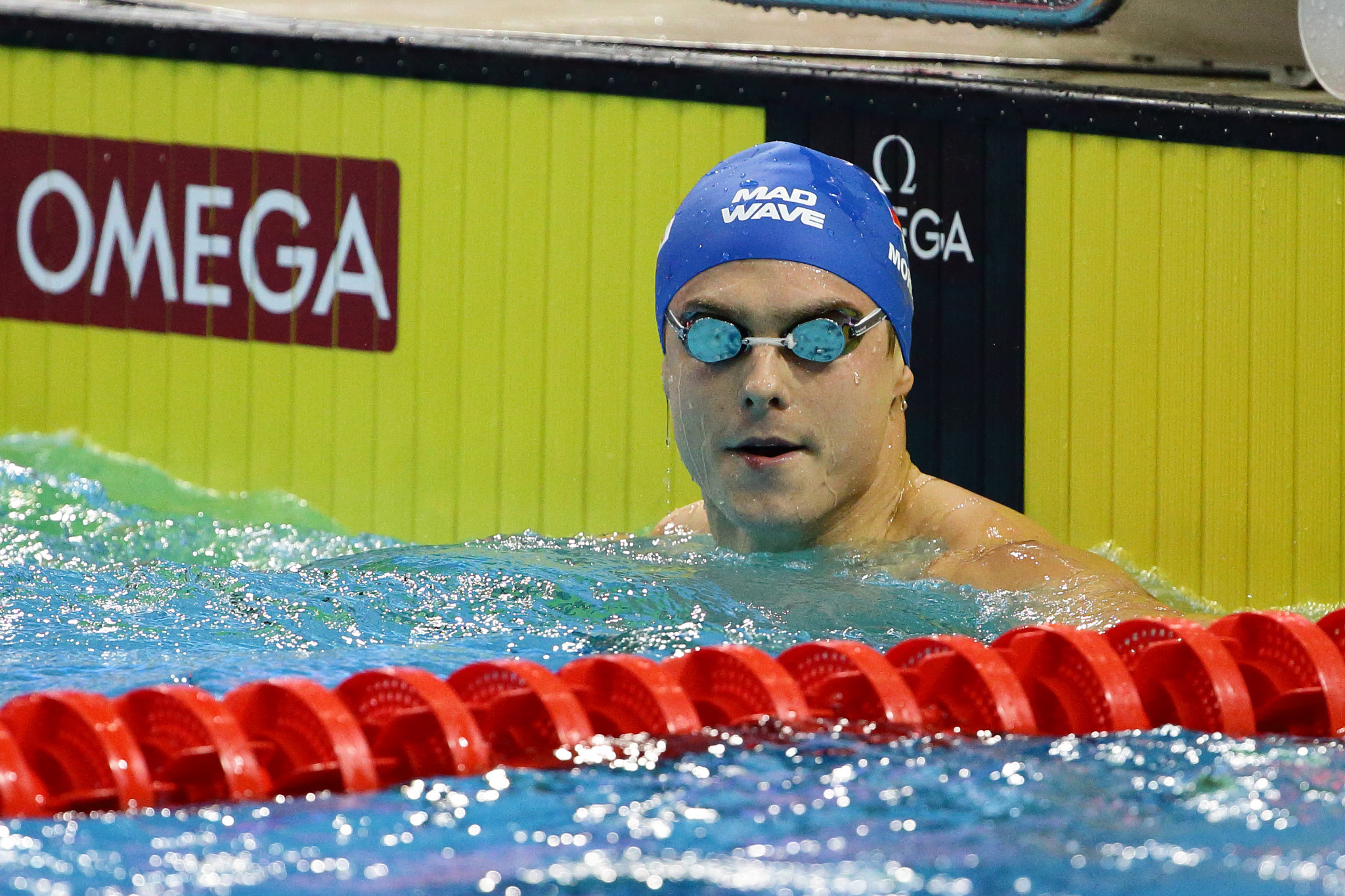 The Russian had collected his 100th World Cup medal as the fourth leg of the series began at Duna Arena in Hungary's capital yesterday.

He kept up his hot streak by winning the 50 metres backstroke and 100m freestyle titles to make it three wins from three races.

Ryosuke Irie of Japan collected the bronze medal in 25.20.

He then edged out compatriot Vladislav Grinev to win the 100m freestyle title.

Morozov touched the wall in 47.99 to top the podium as Grinev finished as the best of the rest in 48.57.

The bronze medal was won by Katsuhiro Matsumoto of Japan in 48.97.

American Michael Andrew got the better of Lithuanian rival Danas Rapšys to win the 200m medley gold in 1min 59.02sec.

The theme for Day 2 here in Budapest is obviously close races. We were given another titanic struggle in the Women’s 100m Backstroke. #SWC19 #SWIMMING pic.twitter.com/rQ4JtK3XLu

Mireia Belmonte of Spain finished in third place in 4:41.81.

There was no double victory for Hosszú this evening, though, as she was forced into third position in the 100m backstroke final.

Kira Toussaint of The Netherlands topped the rostrum as she bagged a second gold in two days in 59.56.

Russian Mariia Kamaneva was an agonising 0.03 seconds behind as Hosszú clocked 1:00.69.

In the 50m butterfly final Ranomi Kromowidjojo from The Netherlands secured gold in 25.63.

Having claimed silver in the 50m freestyle event yesterday, Kromowidjojo made amends by taking the top step on the podium.

Emilie Beckmann of Denmark was second in 26.02 as Australian Cate Campbell took bronze in 26.14.

The FINA Swimming World Cup is due continue tomorrow with another eight finals in Budapest.