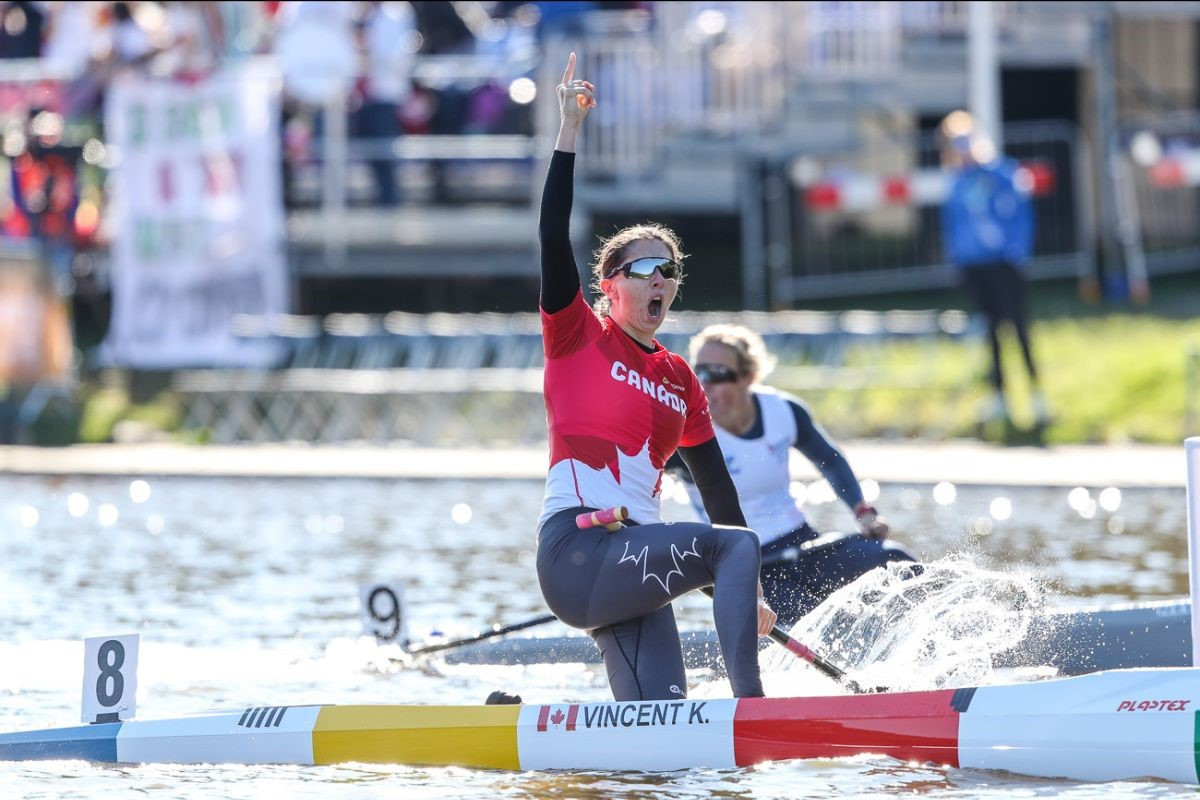 Canada’s Katie Vincent and New Zealand’s Aimee Fisher were among the winners on the final day of the International Canoe Federation Canoe Sprint World Championships in the Danish capital Copenhagen.

Spain’s Antia Jacome and Poland’s Dorota Borowska completed the podium places in times of 46.79 and 46.90.

"I really feel like this is the beginning, there is a long road to go for me," said Vincent, who was a C2 500m bronze medallist at the Tokyo 2020 Olympics with Vincent-Lapointe.

"I’m really looking forward to worlds next year at home, to be the reigning world champion added into a home World Championships will be super exciting.

"I have ups and downs since Tokyo, there were a lot of emotions and things to process, and there still is.

"It kept me going and I reconnected with my love for this sport."

Fisher clinched gold in the women’s K1 500m competition with the New Zealander completing the event in a time of 1min 48.08.

She finished 0.91 seconds clear of Hungary’s Tamara Csipes, who finished as the runner-up.

Portugal’s João Ribeiro and Germany’s Moritz Florstedt completed the podium, finishing in times of 1:39.88 and 1:40.04 respectively.

Klimava triumphed in the gruelling women’s C1 5000m event in a time of 26:19.84, with Hungary’s Zsofia Kisban and María Mailliard of Chile ending 18 and 20 seconds behind to complete the medal positions.

It was the second gold of the day for Klimava, having been part of Belarus’ gold medal-winning women’s C4 500m squad.

The podium was completed by teams from Hungary and Ukraine, who ended 0.88 and 1.17 behind.

The quartet edged out Hungary for gold by just 0.16 seconds, with the Russian Canoe Federation (RCF) team ended third in 1:35.30.

Anna Lucz and Kolos Csizmadia added to Hungary’s medal haul by winning the K2 mixed 200m in 33.94sec, with rivals from Portugal and Poland completing the podium in 34.34 and 34.35.

The duo finished 0.30 seconds clear of Hungary’s Jonatán Hajdu and Ádám Fekete, followed by the RCF’s Viktor Melantev and Vladislav Chebotar in 1:40.92.

The RCF’s Irina Andreeva and Ivan Shtyl triumphed in the C2 mixed 200m event in a time of 39.10, edging teams from Poland and Hungary.

Hungary’s Giada Bragato and Bianka Nagy were third in 44.37.

Crews from Germany and Slovakia completed the podium.