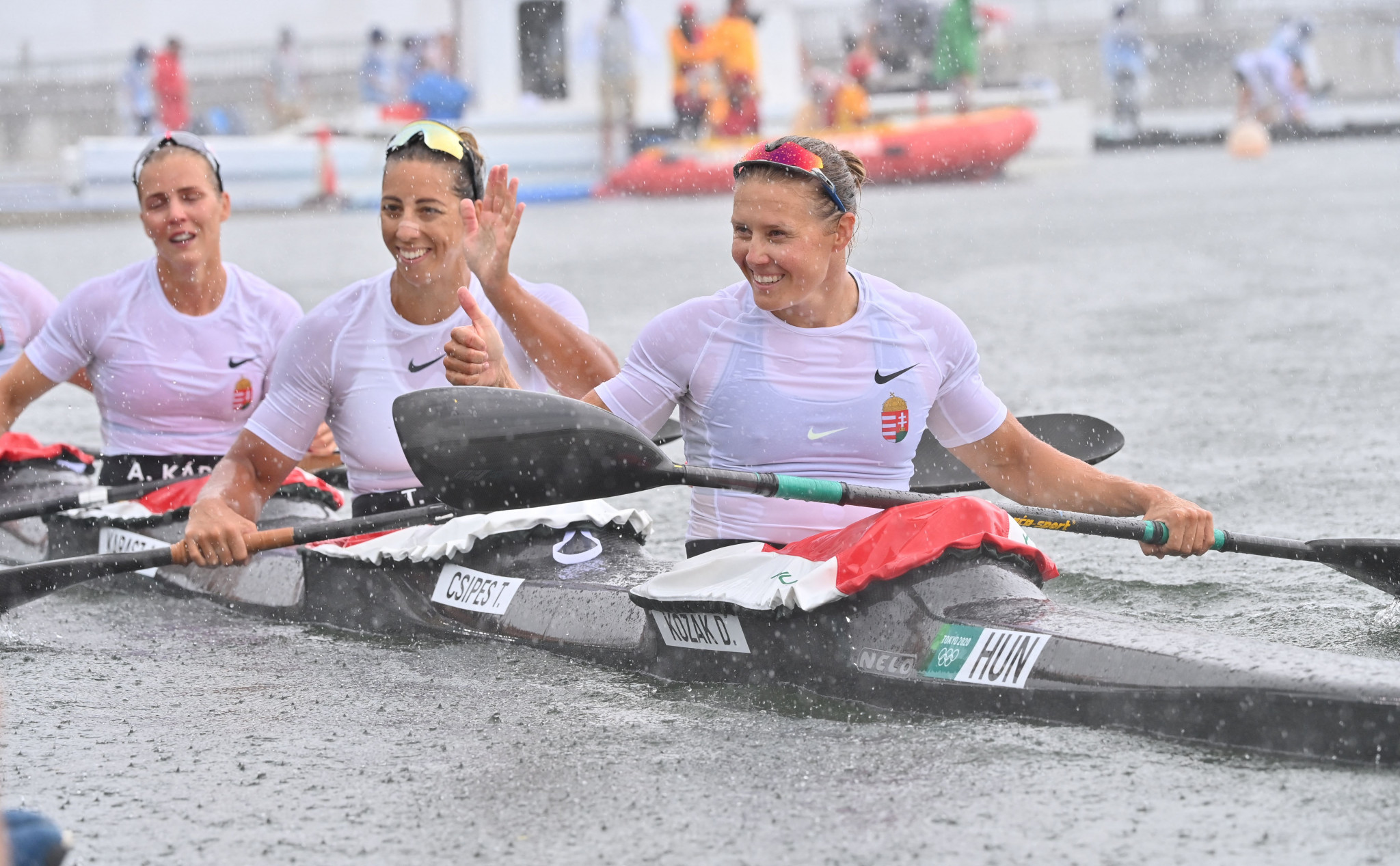 The Hungarian team had made one change to its Tokyo 2020 line-up as they aim to extend their record of winning eight of the past nine world titles in the event.

The two nations will expect to go head-to-head again in the final, with Poland having won the second heat in a slower time of 1:36.32.

"Since Tokyo, we’ve just had two sessions with the girls, we didn’t have much opportunity to train together," Karasz told the ICF.

"But we found the harmony with the girls, we didn’t have a big change.

"I don’t feel there is a big difference.

"Life has been busy for the past month, a lot of events and we also had to do the training, so it was exhausting some times.

"Now I’m just happy to race again, and to finish the season here."

New Zealand’s Aimee Fisher dominated the early stages of the women’s K1 500m event, clocking 1:54.97 to ease into the next stage of the competition.

Fisher finished two seconds faster than her nearest rival, establishing herself as the clear favourite to win gold.