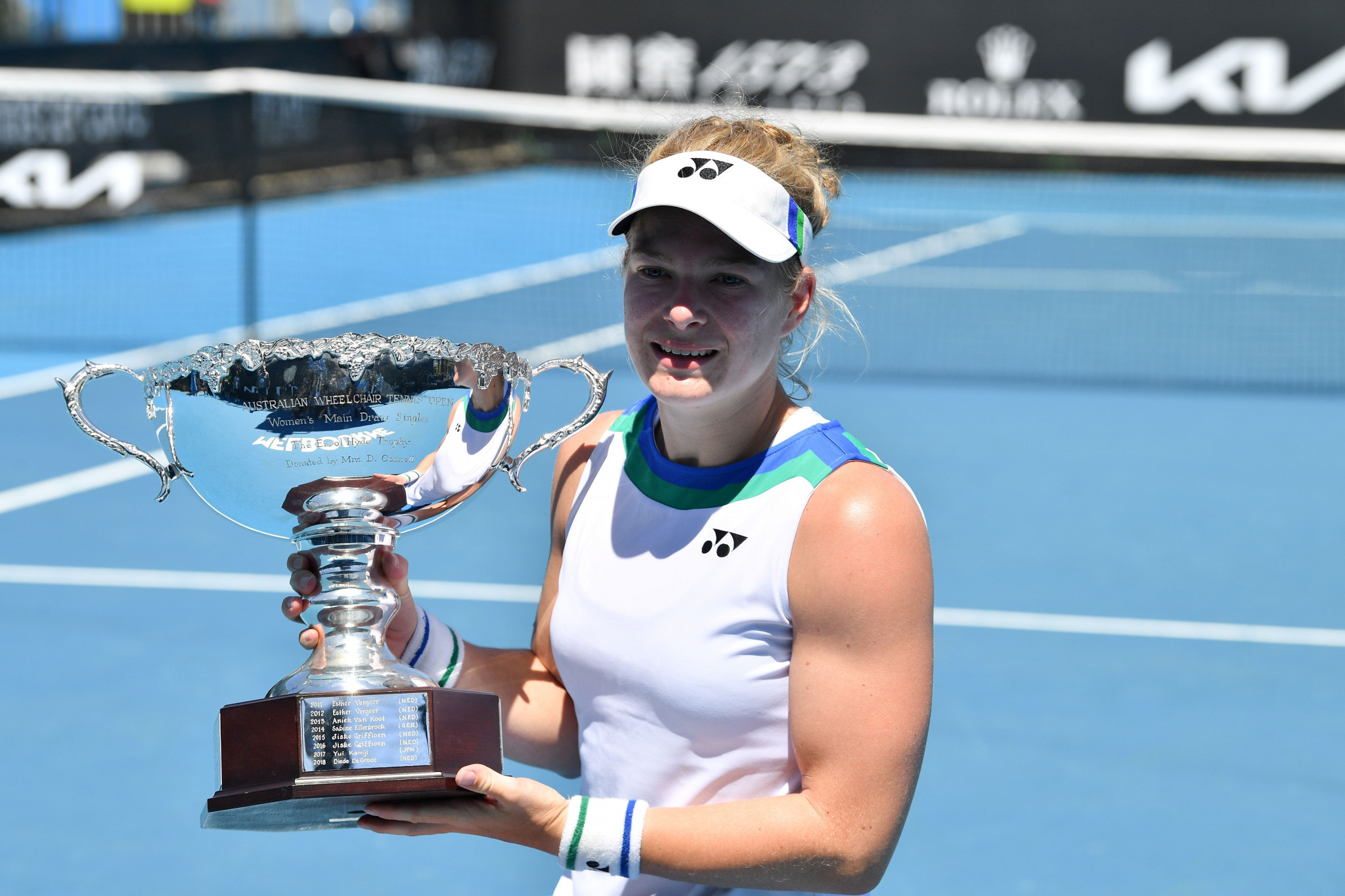 De Groot is the women’s singles defending champion, and is looking to complete the set having won all three Grand Slams and the gold medal Tokyo 2020 so far this year.

His quarter-final tie is scheduled to be against Colombia’s Angélica Bernal.

The second seed Yui Kamiji of Japan has lost to de Groot in the Australian Open, French Open and Tokyo 2020 finals this year, and is set to start his campaign against South African Wimbledon runner-up Kgothatso Montjane.

Paralympics bronze-medallist Jordanne Whiley of Britain faces Japan’s Momoko Ohtani, and The Netherlands’ Aniek van Koot is up against American wildcard Dana Mathewson in the other ties.

Japan’s Shingo Kunieda triumphed in the men’s singles at Tokyo 2020, and the 24-time Grand Slam winner goes into this year’s US Open as the defending champion.

He is set to face American wildcard Casey Ratzlaff in the quarter-finals, and would face The Netherlands’ Tom Egberink in a repeat of the Paralympics final or bronze medallist Gordon Reid of Britain were he to progress to the semi-finals.

The second seed is Britain’s Alfie Hewett, winner of this Grand Slam in 2018 and 2019 and the current French Open champion, who is up against France’s Nicolas Peifer in the quarter-final.

The other tie in the bottom half of the draw sees doubles partner with whom he won the gold medal at Tokyo 2020, Stéphane Houdet, take on Gustavo Fernández.

In the quad singles, Alcott also has the chance to achieve a Golden Slam if he can win his 15th career major.

American wildcard Bryan Barten is due to be his quarter-final opponent.

The Netherlands’ Sam Schröder has lost finals in all three of the Grand Slams, as well as the Paralympics to Alcott this year, but is the defending champion in New York City and set to start against compatriot and Tokyo 2020 doubles partner Niels Vink.

David Wagner of the US, a nine-time US Open winner, is scheduled to face Japan’s Koji Sugeno, while a two-time champion in Britain’s Andy Lapthorne is up against Australia’s Heath Davidson.

In the men’s doubles, Hewitt and Reid are defending champions, although Paralympic gold-medallists Houdet and Peifer feature in the other half of the draw.

The former play Egberink and Ratzlaff in the semi-finals, while the latter take on Fernández and Kunieda.

The winners of the women’s doubles at Tokyo 2020 were de Groot and van Koot, who also feature at the US Open.

They are top seeds and have been drawn against Mathewson and Montjane in the semi-finals.

Defending champions Kamiji and Whiley are seeded second, and face Bernal and Ohtani.

However, Lapthorne is playing with Wagner this time around, and they face Paralympic champions Schröder and Vink in the semi-finals.

Alcott is paired with Davidson, and they take on Barten and Sugeno.