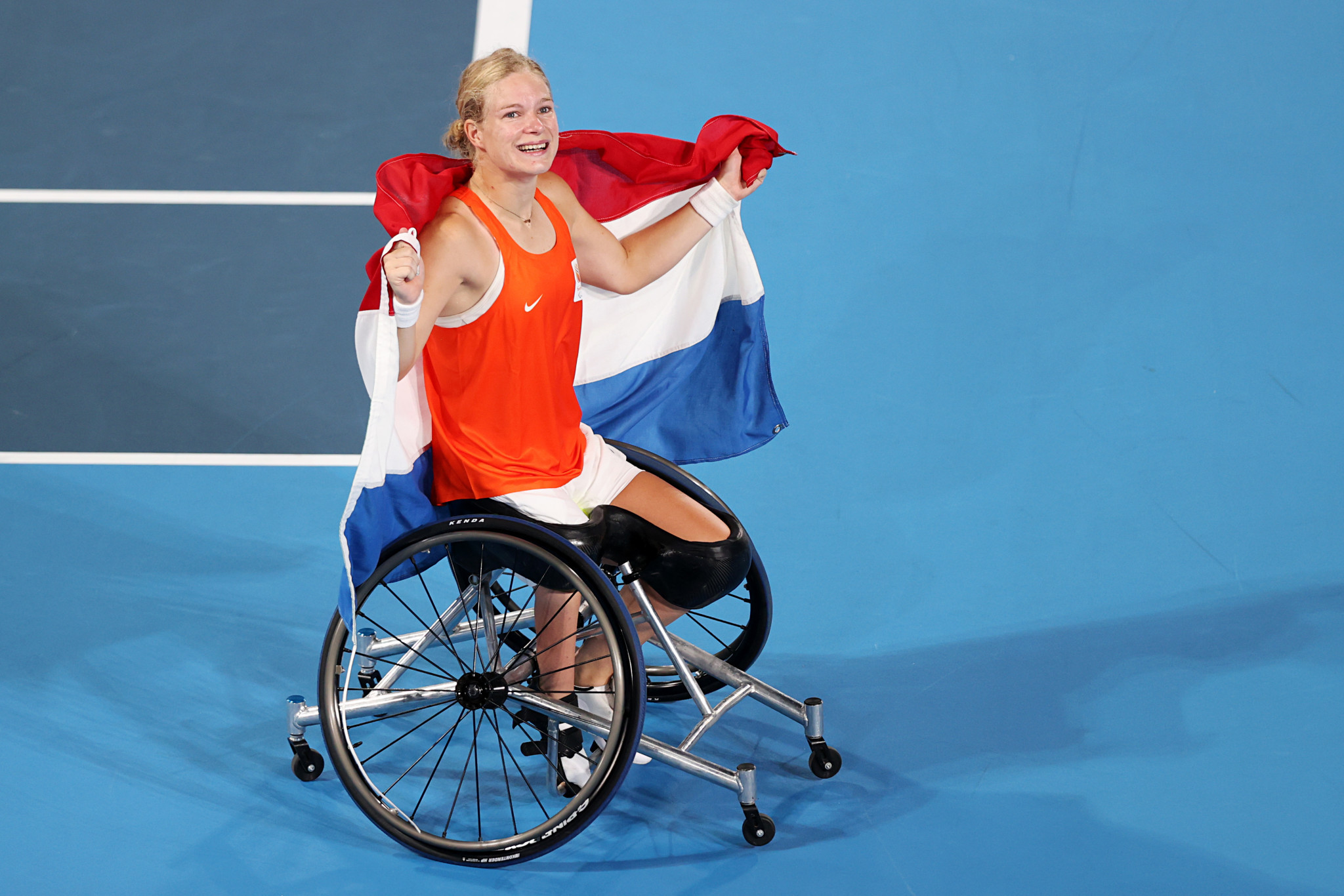 The Netherlands clinched a second wheelchair tennis gold of Tokyo 2020 as Diede de Groot triumphed in the women’s singles, while France claimed victory in the men’s doubles courtesy of Stéphane Houdet and Nicolas Peifer.

After taking the first set 6-3, de Groot squandered four match points in the 10th game of the second set, which went to a tiebreak that the Dutch player won 7-1.

The world number one has already won the Australian Open, French Open and Wimbledon this year, and will hope to complete the set at the US Open.

She did not drop a set on her way to gold in the Japanese capital, defeating Chile’s Macarena Cabrillana 6-1, 6-0, Japan’s Momoko Ohtani 6-3, 6-2 in the quarter-finals, and Britain’s Jordanne Whiley 6-4, 6-2 in the semi-finals.

De Groot's victory also continued The Netherlands’ record of having won every women’s singles tournament at the Paralympics since wheelchair tennis first featured as a demonstration sport at Seoul 1988.

Houdet and Peifer retained their Paralympic title in the men’s doubles after a dramatic victory in the deciding tiebreak against Britain's Alfie Hewett and Gordon Reid.

The French duo had secured the first set 7-5, but Hewitt and Reid hit back with a bagel in the second.

After winning six games apiece in the third, Houdet and Peifer took the tiebreak 7-3 to clinch gold.

In the quad singles, 18-year-old Niels Vink followed up his victory in the quad doubles by claiming a medal at the expense of the host nation’s Koji Sugeno.

He had narrowly lost 6-4, 3-6, 6-4 to defending champion Dylan Alcott of Australia in the semi-final.

Tom Egberink and Maikel Scheffers earned the Netherlands another bronze in the men’s doubles by beating Japan’s Shingo Kunieda and Takashi Sanada 6-3, 6-2.

The pair had lost to winners Houdet and Peifer 6-2, 6-4 in the semi-finals.

There was also a Dutch presence in the day’s other bronze-medal match, but Aniek van Koot lost to Britain’s Whiley in the women’s singles.

In a tight contest, the Dutch world number was beaten 6-4, 6-7, 6-4 by the player ranked directly below her by the International Tennis Federation.

The wheelchair tennis tournament at Tokyo 2020 concludes tomorrow, with medal matches in the women’s doubles and men’s singles following the rescheduled quad singles final between Alcott and The Netherlands’ Sam Schröder.