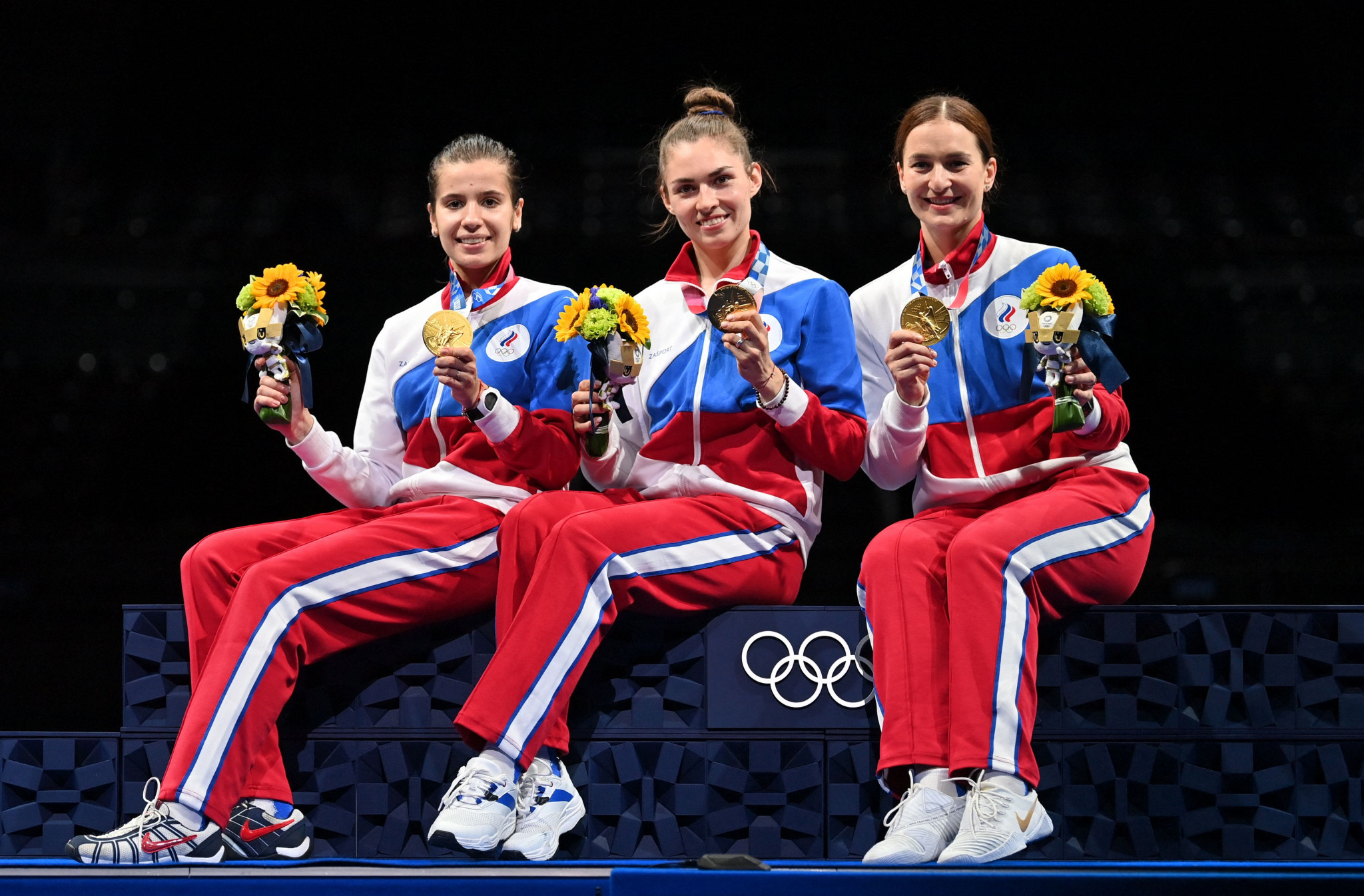 Team ROC earned gold in the women’s team sabre competition as their fencers saw off the challenge of France in the final at Tokyo 2020 today.

The ROC fielded a strong team for the competition here, including the newly crowned individual champion Sofia Pozdniakova and silver medallist Sofya Velikaya.

Olga Nikitina completed the ROC line-up as they cruised through their quarter and semi-final matches at the Makuhari Messe Hall B.

France provided the final opposition after they secured a 45-30 win against the United States and a 45-39 victory against Italy.

The French team of Cécilia Berder, Charlotte Lembach and Manon Brunet made a strong start to the final, establishing a 20-14 lead.

The match swung dramatically when Nikitna triumphed 11-3 in a head-to-head contest against Lembach.

France earned narrow wins in the final contests but were unable to prevent the ROC from winning the contest 45-41.

"Nikitina, Pozdniakova, and our fourth fencer, are our future stars, and the future of fencing," said Velikaya, who has now won two team sabre gold and three individual silver medals during her Olympic career.

“Many times I've finished matches, and today I see that you can do this.

“No matter who finishes the match, they believe in themselves, compete as a team, help together, and can do what they want, for the team and for victory."

South Korea responded from their semi-final loss to win the bronze medal match against Italy.