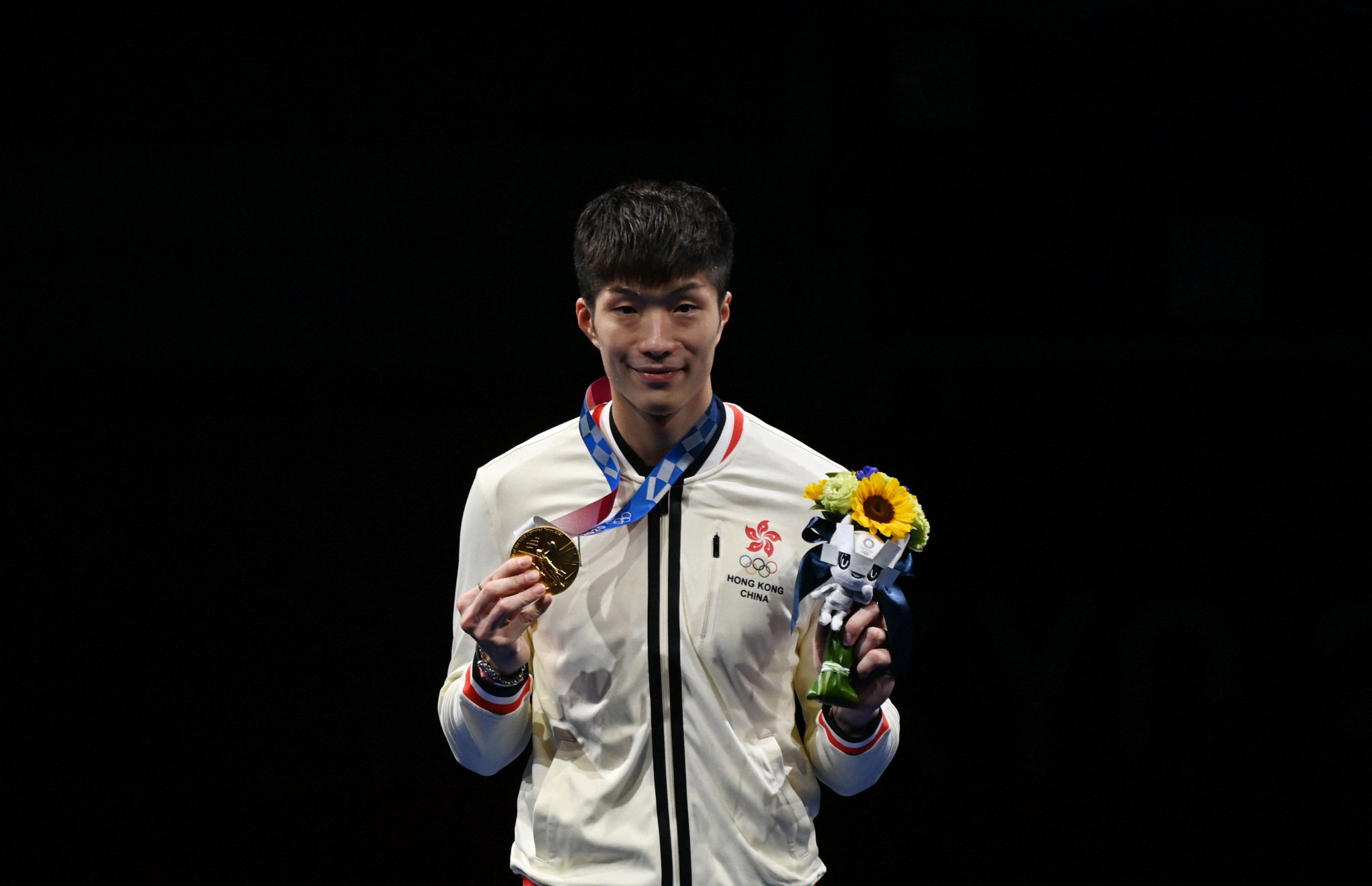 Cheung went into the final as an outsider, and after taking the first point Garozzo established a three-point advantage.

The decisive moments of the match came when Cheung scored ten hits in a row to establish a decisive advantage.

"For me yesterday I was thinking about the first match only.

"The most important thing about the Games is the first match.

"You have to be prepared and be warmed up enough to fight.

"I told myself, 'I am nothing against him, he is the Olympic champion'.

"I just kept fighting until the end."

Garozzo was upset with his own performance but honoured his opponent's skill.

“It is bad," the Italian said.

"If I have to talk about this match, it didn't go the way that I wanted it to.

"My opponent was one of the best."

Alexander Choupenitch claimed a first fencing medal for the Czech Republic when he denied Japan’s Takahiro Shikine the bronze.

She insisted she has emerged from the shadow of her father, four-time Olympic champion and ROC President Stanislav Pozdnyakov.

“I am his daughter but I am another person," Pozdniakova said.

“After the world championship in 2018, everybody said that now she’s not his daughter, she is a good sportswoman.

"Now I show one more time that I am another person.

"I am a sportswoman with my own history."

It was a third successive individual silver for Velikaya, who had returned to the sport after motherhood.

She was the first female sabre fencer to achieve the feat.

"The preparation and everything was totally different," Velikaya said.

"I had a second child and the pandemic and everything, so it was like a different life.

Velikaya had actually led 8-7 after the first period of the contest but Pozdniakova took control and scored seven successive hits to take her to the brink of victory.

Velikaya added: "I was ready to win gold but actually I’m happy for Sofia because it was my fault.

"I made a lot of mistakes.

So that’s why I’m happy with the silver and I’m happy for her.

"She deserves this gold medal."

The bronze went to Manon Brunet of France, who beat Anna Marton of Hungary.