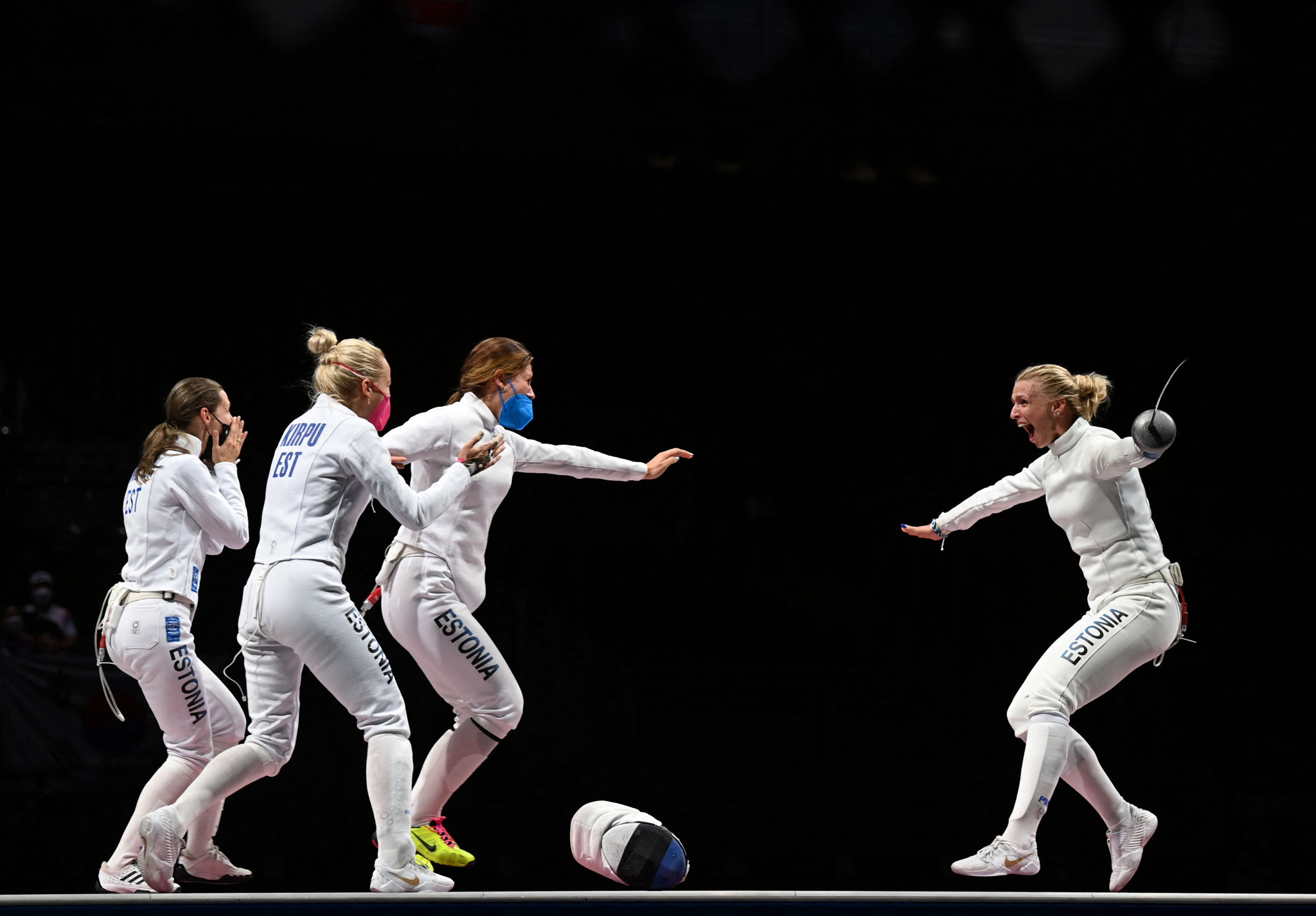 Estonia beat South Korea 36-32 in an enthralling women’s team épée final at the Makuhari Messe Hall B in Chiba.

It was a match where the outcome was in doubt until the end of the very last contest .

It was Estonia’s first gold medal of the Tokyo 2020 Games and even prompted a congratulatory call from Estonian President Kersti Kaljulaid, who admitted she had been unable to watch.

"She congratulated us, she told us that she watched our matches, but she couldn't watch the last one because there was so much tension," Katrina Lehis said.

Individual bronze medallist Lehis struck the decisive blow by beating Choi In-jeong in the final contest of the night.

"Yes, it was exciting," Lehis added on the all-important match.

"They believe in me, they have trusted me to do this last bout.

"It was even and took all the strength I had."

Lehis twice produced sequences of three consecutive hits when Choi had threatened a recovery and eventually took out the final match by a margin of 10-6.

"I got the medal, I am happy about it but I still have some regrets in looking back." Choi said.

"It is not anything about my skills and strategy, it was more about that I could not withstand the pressure and all the burdens I had to carry in the last round."

Estonia had started the match with a win from Julia Beljajeva and team mates Erika Kirpu and Irina Embrich had also contributed victories in individual bouts in the earlier stages of the final.

It is Estonia’s first fencing gold at any Olympic Games, and came after a quarter-final triumph over the United States and semi-final victory versus China.

The bronze medal went to Italy, who beat China 32-21 in another close match.