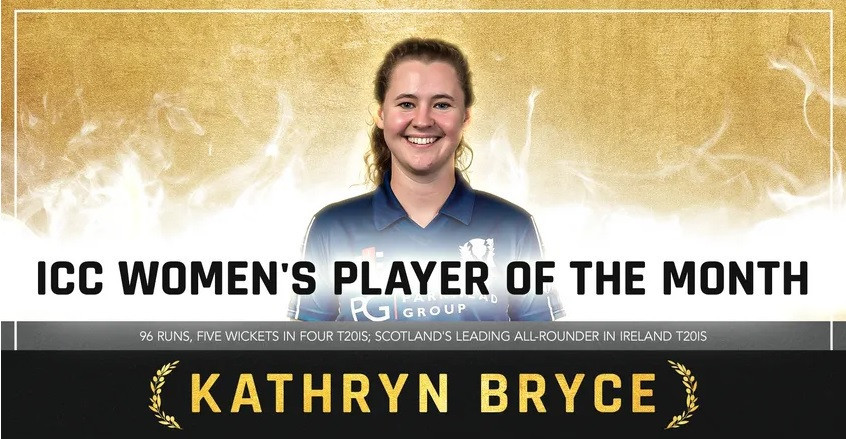 Scotland's Kathryn Bryce and Mushfiqur Rahim of Bangladesh have been named the International Cricket Council (ICC) Players of the Month for May.

Bryce secured the women's prize after becoming the first Scottish player, male or female, to make it into the top 10 of the ICC rankings.

She is third on the T20 all-rounder standings and 10th on the bowling list.

Bryce played four T20 internationals in Scotland's series with Ireland in May, where she scored 96 runs and took five wickets.

The 23-year-old was a standout performer despite her side losing the series.

"She batted with flair and bowled well too and deserved to be the player of the month for May."

He scored 125 in the second match and hit an unbeaten 68 in his side's drawn Test against the same opponents.

Hasan Ali of Pakistan and Praveen Jayawickrama of Sri Lanka were also nominated.