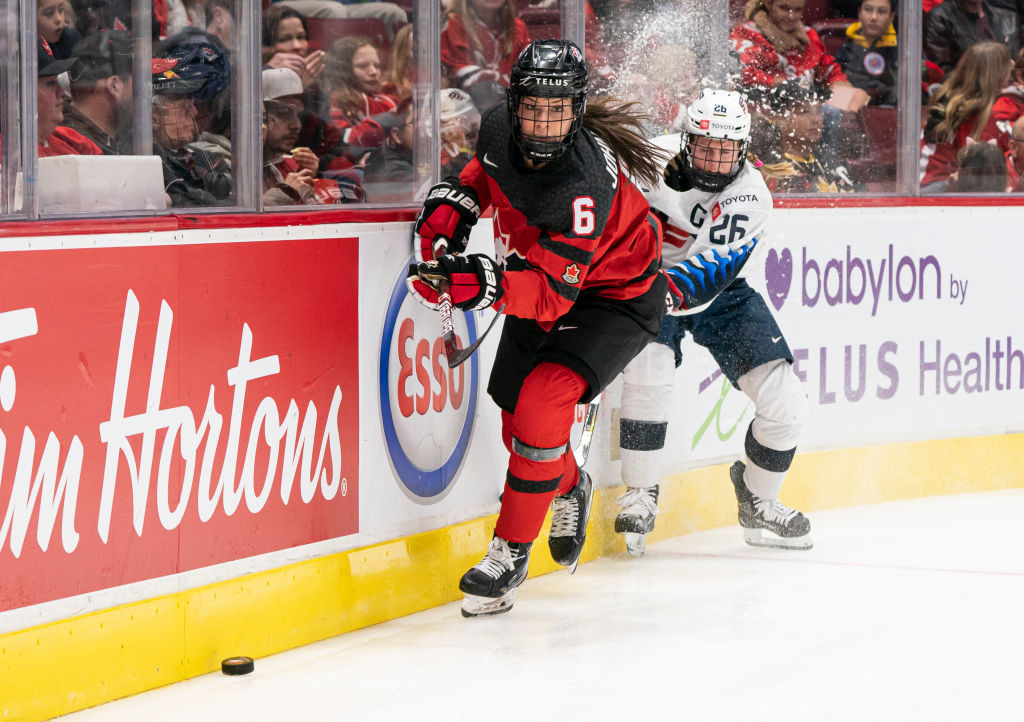 A total of 47 players are attending the camp, which is being used to help determine Canada's World Championship squad.

The tournament is due to take place in Halifax and Truro in Nova Scotia from May 6 to 16 after it was pushed back to increase the chances of teams being able to travel to Canada.

The World Championship had been set to take place last year before being postponed to 2021 because of the coronavirus pandemic.

"We stayed in contact, we had weekly Zoom calls with our programme and took that time to work with skills coaches and helped build that identity so that, when we got back on the ice together, we weren’t starting from scratch," said Brianne Jenner, who has represented Canada at six World Championships and two Winter Olympics.

"That’s been our attitude from the get-go, to look at the silver linings and hopefully we won’t have to keep looking for silver linings, get to the tournament this year and get back to normal."

The camp in Halifax follows a similar gathering of the team in Calgary in January.

Gina Kingsbury, director of the women's national team at Hockey Canada, said more than 400 tests for COVID-19 had been taken during the camp, which also involved the Para hockey squad.

"The past year has been very difficult for our athletes, coaches and staff, but we have persevered and continued our preparation for the IIHF Women’s World Championship one year later than expected," Kingsbury added.

"We are grateful to the province and Nova Scotia Public Health, who worked with us to ensure we are able to hold our camp in a secure environment.

"Our athletes have never wavered in their preparation, both on and off the ice, and we expect a high-tempo and spirited camp as we select the team that will give us the best chance to compete for a gold medal on home ice."

Canada have won 10 gold medals at the Women's World Championship, the last of which came in 2012.

Defending champions the United States, Canada, Finland, Russia and Switzerland are set to contest Group A at the event, with Group B comprising Japan, Germany, the Czech Republic, Denmark and Hungary.