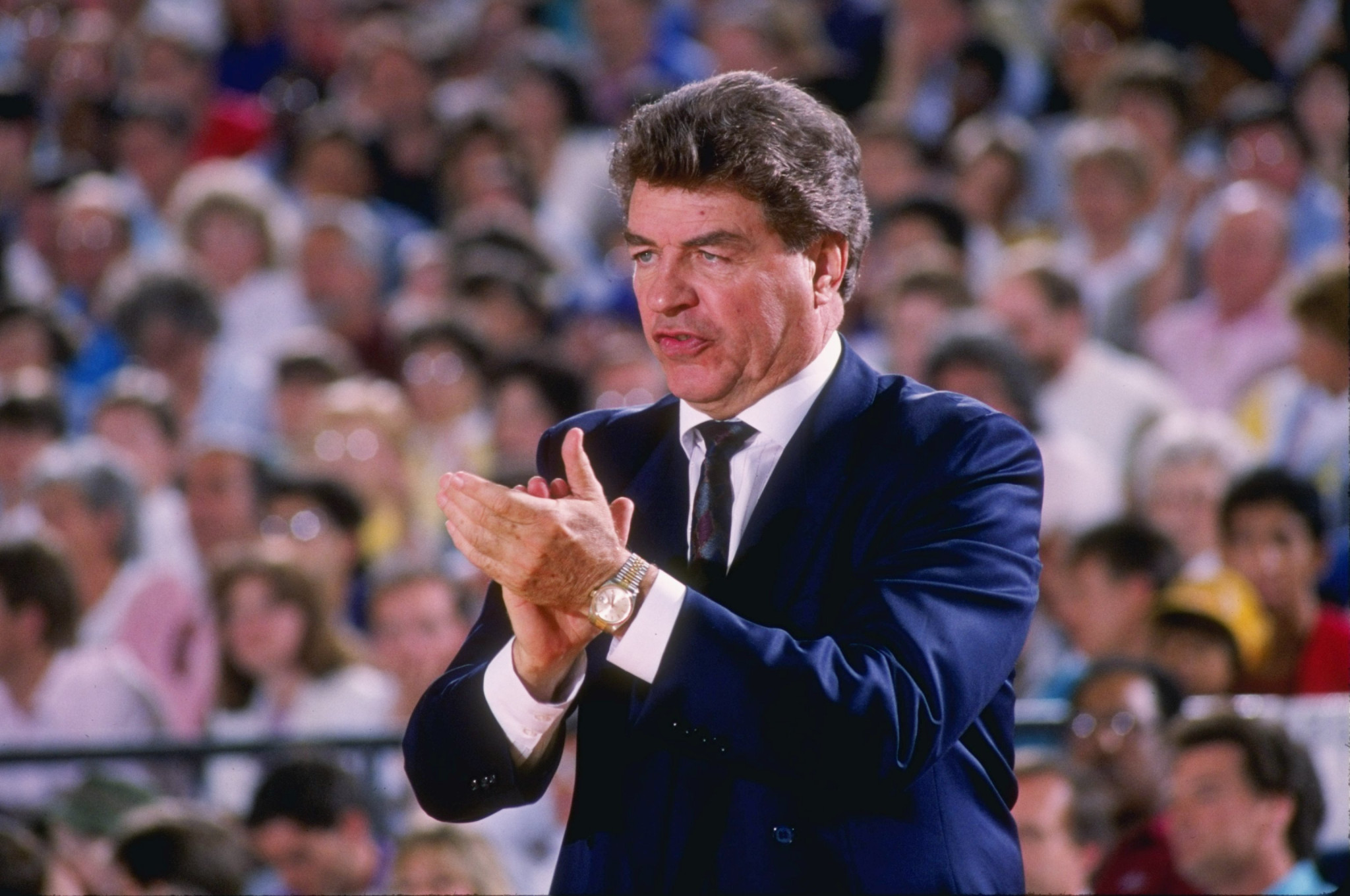 Chuck Daly, the head coach of the United States men's basketball team at the Barcelona 1992 Olympics, has been posthumously inducted into the 2021 International Basketball Federation (FIBA) Hall of Fame.

Daly oversaw the famous "Dream Team" - which featured some of the best players in the world - on their way to the Olympic gold medal.

Stars like Michael Jordan, Scottie Pippen, Larry Bird, Karl Malone, Charles Barkley and Magic Johnson were all part of what is regarded as the greatest international basketball team to ever be assembled.

He was also the coach of the Detroit Pistons, winning two National Basketball Association (NBA) titles in 1989 and 1990.

Greece's Panagiotis Giannakis joins him in the class, recognised for leading his country to the 1987 EuroBasket after an upset final victory against the Soviet Union.

He led his team to the final again two years later, winning the silver medal - and finished his national team career with 351 caps for Greece.

Italy's Ettore Messina is one of the top names too after three decades of coaching, cementing himself as one of the greatest in Europe with four EuroLeague Championships to his name.

Olympian and three-time AfroBasket winner Mathieu Faye in Senegal is also in the 2021 class, along with Olympic and world champion Sergey Tarakanov of Russia, three-time NBA All-Star Detlef Schrempf of Germany and leading scorer at the Melbourne 1956 Olympics Oscar Moglia of Uruguay.

Canadian two-time NBA Most Valuable Player (MVP) Steve Nash has been confirmed as the top name in a group of 12 inductees into the 2020 International Basketball Federation Hall of Fame.

Nash, who is regarded as one of Canada's greatest basketball players ever, is the only player from his home nation to win the Most Valuable Player accolade, recognised alongside some of the best in history including Michael Jordan, LeBron James and Larry Bird.

He is also an AmeriCup silver medallist from the 1999 edition, losing 92-66 to the strong favourites the United States in the final.

Nash also captained his national team at the Sydney 2000 Olympics, taking them to the quarter-finals before a narrow loss to France.

The 2020 Hall of Fame was supposed to be held last year before the COVID-19 pandemic forced its postponement to 2021.

It will be held alongside the 2021 ceremony on June 18 in a digital event.

Joining him in the Hall of Fame is Serbia's Svetislav Pešić, regarded as one of the best national team coaches ever.

He took hosts Germany to the 1993 EuroBasket title shortly after reunification, before leading Yugoslavia to a EuroBasket victory in 2001 and a Basketball World Cup title in 2002.

Ukraine's Alexander Volkov is recognised for being part of the Soviet Union team who won the EuroBasket in 1985 and then the gold medal at the Seoul 1988 Olympics.

The Atlanta 1996 Olympic gold-medal winning coach Tara VanDerveer of the United States and Athens 2004 champion coach Ruben Magnano of Argentina are also part of the 2020 class.

It will be the first time that players from Canada, Hungary, Japan, South Korea and Ukraine have been inducted.