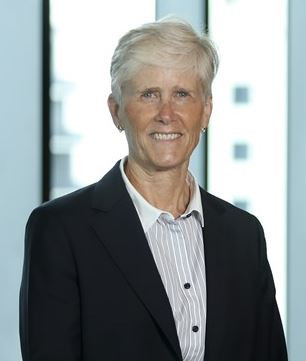 Carol Callan has become the first female President of the International Basketball Federation (FIBA) Americas after she was elected at its General Assembly in Miami.

Callan will serve a four-year term and becomes the fourth elected member of the FIBA Central Board for 2019 to 2023.

She takes over the role from Usie Richards of the US Virgin Islands who has been elected as FIBA Americas treasurer.

After her election, the United States women's national team director said: "This is humbling.

"I will like to thank my colleagues from the North American sub-zone for their continued support.

"I will like to say thanks to Usie for a job well done, and his encouragement and counseling.

"I look forward to working with you for the betterment and expansion of basketball in the Americas."

Callan played an instrumental role as the US women claimed basketball gold at the 1996 Olympic Games in Atlanta.

Richards, who served as President since March 2014, said: "To Carol Callan, the new President, I wish success.

"I know that with the support of our regional office, she will successfully drive the development of our sport in the Americas."

Muratore said the most important target for FIBA has been the development of its national federations.

He added: "This Assembly is proof of the great work that has been done.

"Today we are stronger, more united and focused on our common objective of growing our sport to become the most popular sports community in the world.

"I have a special place in my heart for this zone that I've been a part of now for four decades and to witness the spirit of this Assembly is to be proud of the road travelled.

"Basketball is in a better place.

"I wish much success to the newly elected authorities in their duties.''

With new members being elected, the new Board features Paraguay's Marcelo Bedoya as first vice-president.

Americans Kim Bohuny and Jim Tooley, Glen Grunwald of Canada, Glyne Clark of Barbados and Mexican Modesto Robledo are also on the FIBA Americas Board of Members.

Also sitting on the Board are Rafael Uribe from Dominican Republic, Colombia's Jorge Armando Garcia, Brazilian Carlos Fontenells and Jose Arevalo of Ecuador.