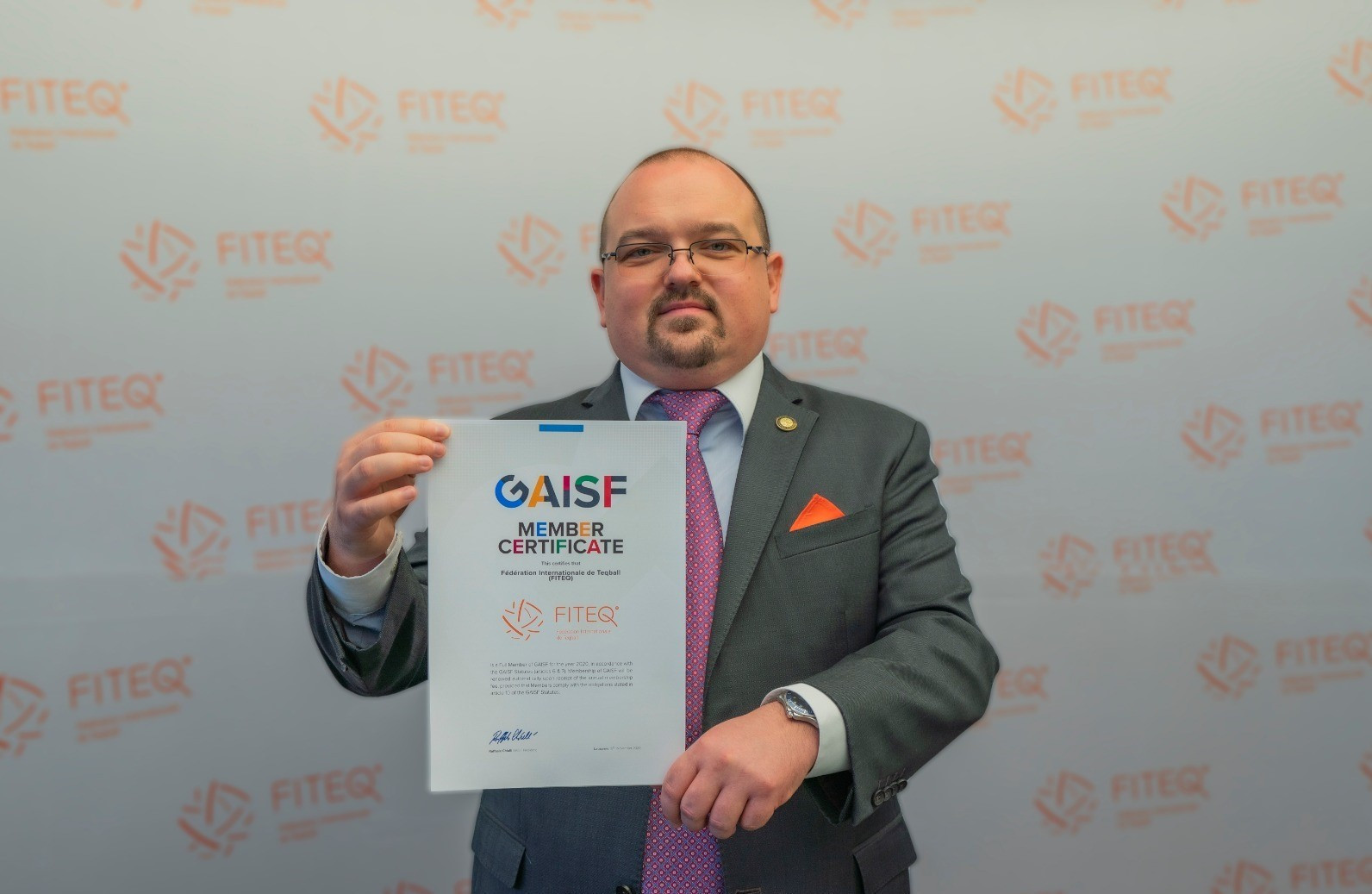 International Federation of Teqball (FITEQ) general secretary Marius Vizer Jr has described the governing body's affiliation with the Global Association of International Sport Federations (GAISF) as "the birth" of the sport.

FITEQ was approved by GAISF on November 10 and Vizer Jr said membership was a "huge milestone" for teqball.

"With this recognition, we are a part of the global sports family and now we have to build on this through education, development programmes and the implementation of many more exciting projects," he said.

"We also know that this is only the beginning of a long journey.

"FITEQ would like to thank the GAISF President Raffaele Chiulli, the GAISF Council and the whole GAISF family for placing their trust in us.

"This is motivation for the teqball family to work even harder and to prove that they were right to trust us.

"This is a huge milestone for teqball and really it is the birth of our sport."

FITEQ went from being a GAISF observer member to full status in just 11 months, with the process usually taking around two years.

With full-time membership, FITEQ will have more credibility in promoting the sport to both nations and National Olympic Committees (NOC).

It now is one of 96 federations with membership of GAISF and can vote at the organisation's General Assembly.

Vizer Jr is now focusing on bringing the sport closer to being part of the Olympic programme.

"This is the entry gate of becoming an Olympic sport because having GAISF full membership, being a World Anti-Doping Code signatory and having 50 GAISF recognised federations are all requirements before being considered for IOC provisional recognition," he added.

"With all of the above in order, we are fully focused now on the IOC recognition process.

"We know there is a long way to go, but we are very ambitious and we would be honoured to be considered for the Games in Los Angeles in 2028, which is realistically the earliest opportunity for teqball to become an Olympic sport."

Teqball is set to be part of the Asian Beach Games in Sanya in China next year, making it the first time it will be a medal event organised by a Continental Olympic Association.