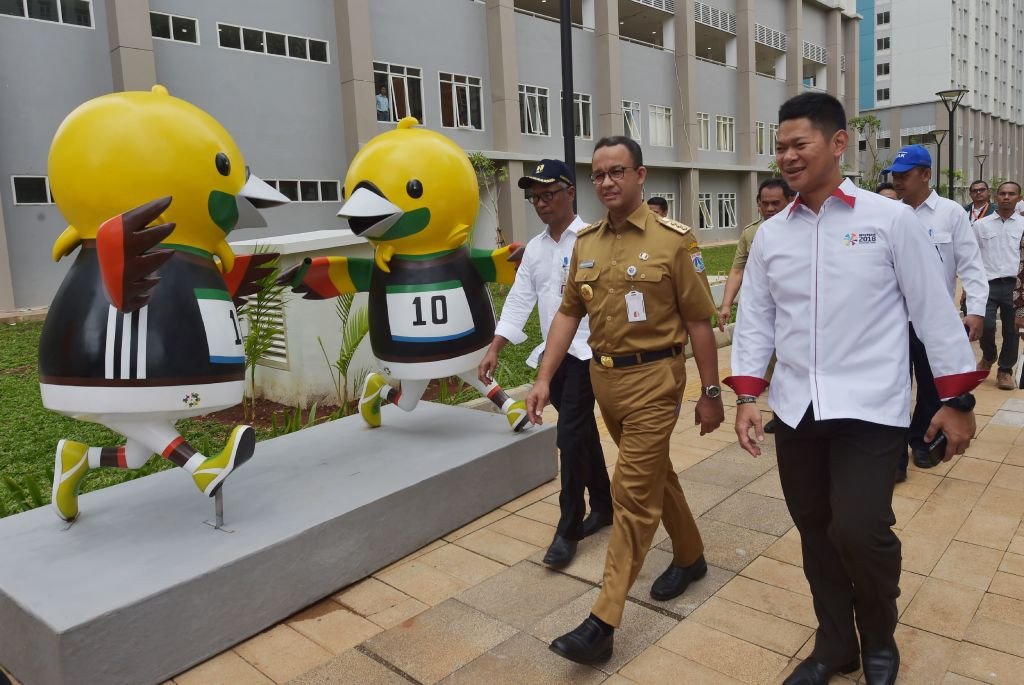 The Indonesian Olympic Committee (KOI) has called on the country's Government to fully support a bid for the 2032 Olympic and Paralympic Games as it attempts to reignite its candidacy for the event.

KOI President Raja Sapta Oktohari said Indonesia should follow other nations in conveying their "seriousness to host the 2032 Olympics" to the International Olympic Committee (IOC).

The effort to revive Indonesia's bid comes after the Qatar Olympic Committee announced it would enter the race to stage the Games as early as 2032.

Indonesia is one of several countries to have expressed an interest in hosting the 2032 Olympics and Paralympics, joining the likes of Australia, China, India and Germany.

Officials in Queensland put their bid on hold during the coronavirus pandemic, but Oktohari believes it is now time for Indonesia to revive its potential candidature.

"Qatar wrote to the IOC stating its intention to join the bidding process last week," Oktohari said, according to the Jakarta Post.

"More countries have conveyed their seriousness to host the 2032 Olympics, so should we."

Oktohari, part of the Organising Committee for the 2018 Asian Games in Jakarta and Palembang, said he was confident Indonesia's bid could be successful, despite the competition from other countries.

"The NOC needs major support from the Government," he added.

"All this time, we have yet to take significant steps to realise [our ambition] to host the event.

"We have to convince the world that our success in hosting the 2018 Asian Games and Asian Para Games is proof of Indonesia’s ability to host [the Olympics]."

The KOI confirmed earlier this year that its bid for 2032 was solely focused on Jakarta, ending speculation that the future capital in East Kalimantan would be proposed as the main host city.

Queensland had emerged as the front runner in the 2032 race before the coronavirus pandemic hit.

The IOC has not set a timeline for the awarding of the 2032 Games and appears in no rush to do so as it has other priorities, namely the organisation of the postponed Tokyo 2020 Olympics and Paralympics.

The IOC claimed following its virtual Session last month that up to 15 parties had expressed an interest in hosting a future Olympic event, including the Summer and Winter Games.