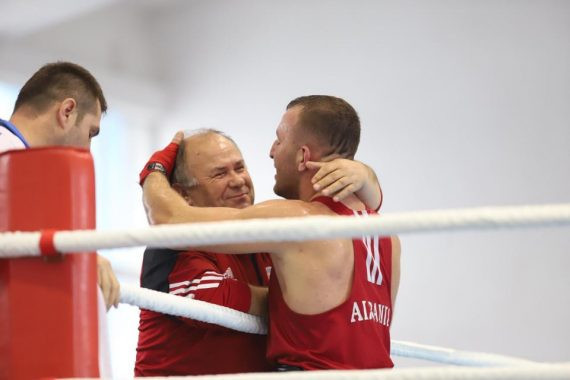 The European Boxing Confederation (EUBC) has paid tribute to Albania's national team coach Skender Kurti after his death from coronavirus.

Kurti passed away at the age of 61 after testing positive for COVID-19, following two weeks in intensive care in hospital.

As a boxer he became Albanian national champion and he moved into coaching following his retirement.

He is credited with introducing the sport to Albania's capital Tirana following the collapse of communism in the country, and had worked as a coach for more than three decades.

"The whole European boxing family and the European Boxing Confederation mourns Albania's national coach and pioneer in our sport Mr. Skender Kurti, who passed away at the age of 61 due to the COVID-19 coronavirus," an EUBC statement said.

"Mr. Skender Kurti was born on May 14 in 1959 and spent almost his whole life in our beloved combat sport.

"He became Albanian national champion as a boxer but following his retirement from the active sport, he supported his country to train the new talents.

"Following the communism era's collapse in Albania, he established boxing in the capital city of Albania in Tirana.

"He worked to develop the Tirana and the Albanian national boxing teams as coach in the recent 30 years."

Kurti's son Renato was also a boxer with the Albanian national team.