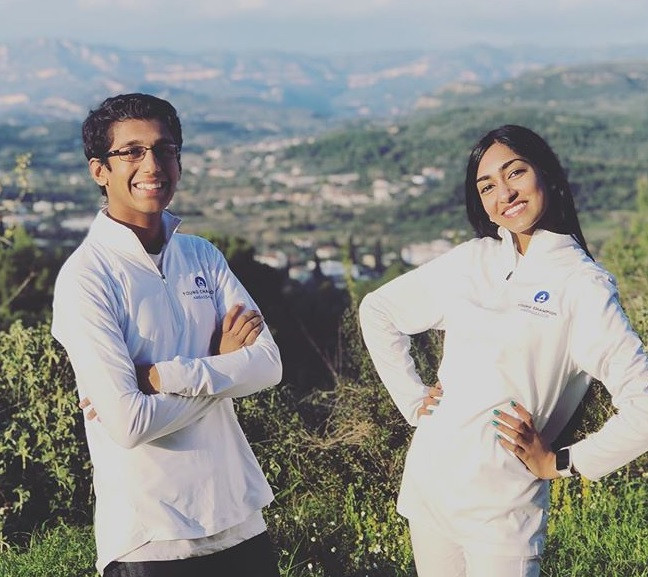 Two students from Colorado Springs in the United States are set to carry the Tokyo 2020 Olympic Torch shortly after the lighting Ceremony.

They will be among the first to carry the Flame in Greece and will run their leg of the Relay through the village of Ancient Olympia.

As the home of the United States Olympic and Paralympic Committee, Colorado is twinned with Ancient Olympia and runners from the YCA programme have participated since the Torch Relay for Rio 2016.

Events around the Torch Relay have been drastically reduced because of the coronavirus outbreak with no spectators for the actual lighting Ceremony and the cancellation of participation by children’s groups.

“It would have been wonderful to have more people but we are so thankful that we are at least here to get the opportunity,” Krishnan told insidethegames.

"I get chills thinking about it because everything that we learn about in school started off here in Greece. You walk through the city thinking about this is where the history came from.”

No spectators are allowed in to watch the lighting Ceremony which normally attracts a crowd of 15,000 but villagers are expected to watch as the Torch goes by in the village of Olympia which is where the pair are scheduled to carry the Flame.

‘’It is gorgeous just to be here. I cannot imagine what it will feel like to carry the Torch," Vispute told insidethegames.

"It will feel like a culminating moment of everything I have done in the last year and learned about the Olympics.

"Before I joined this programme, I knew next to nothing but just to be here is to feel that connection.”