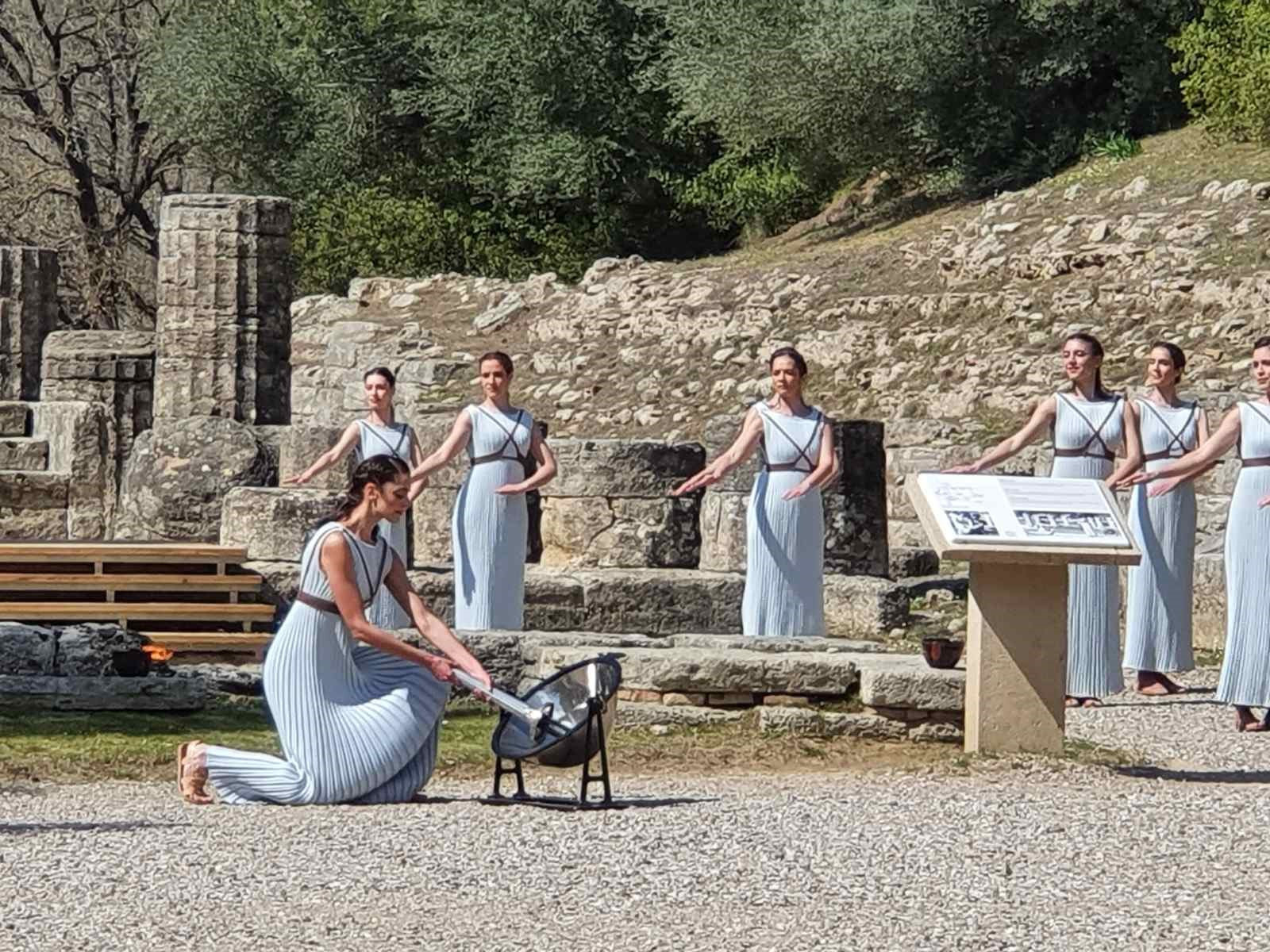 The man responsible for the Tokyo 2020 Torch Relay in Greece has given assurances that the Torch will proceed to Athens without problems for the handover Ceremony to Tokyo's organisers on March 19.

‘’I can guarantee you that the Torch Relay in Greece will be conducted in a safe manner.”

Vassiliadis expressed regret that the lighting Ceremony was to be held without spectators.

“I did not want to have to stop people coming to see the Torch Relay but you had to do it within the rules set by the authorities,” he said.

“Greece will show you a very good Torch Relay. There will be a festive mood.“

He insisted that cancellation of the Relay was not a possibility despite an open letter sent to the International Olympic Committee last week by Olympia’s mayor Georgios Georgiopoulos.

The Mayor had asked for a postponement until May and had claimed "the restriction that the ritual will undergo, I think, will undermine the prestige of the institution itself.”

Vassiliadis said: “The IOC has complete authority over the Torch Relay and any other parties are not authorised to make a decision.

Tokyo 2020 Chief Executive Toshiro Muto said: “We are very grateful that the decision was made to go ahead. We exchanged views with the IOC and the HOC on this.

"Standing in the archway in Olympia, I came to understand the Olympic Games had started before Christ. It made me realise that this is an important legacy for human beings. I could not help but be excited.”

The final rehearsal was held within the precincts of Ancient Olympia today and another flame was successfully kindled by High Priestess Xanthi Georgiou.

“We conducted a rehearsal with no problems whatsoever and there will be no problem tomorrow,“ said Vassiliadis.

Anna Korakaki again practised her role as the first Torch bearer. She is the first woman to carry the flame in the ancient stadium at Olympia.

“I ask her to make a step to light up the path of hope tomorrow,” said Muto.

Among a small group of guests watching the rehearsal was Japanese Olympic Committee President Yasuhiro Yamashita, the legendary judoka who won gold at the 1984 Los Angeles Olympics.

“This was the first time for me to visit in Olympia and I was very moved to see where the athletes competed in the Ancient Games.

"Japan’s sports community have been involved in the recovery process after the disaster and being here made me realise the importance of continuing such work after 2020.”

He repeated the desire to see Tokyo 2020 go ahead on schedule.

Yamashita missed out on competing in 1980 when Japan supported an American led boycott.

“I suffered from the boycott of Moscow 1980 and I am sure the athletes are hoping that the Games go ahead in a  secure and safe manner," Yamashita said.

"I am sure we shall pour all our energy and wisdom into this endeavour.”