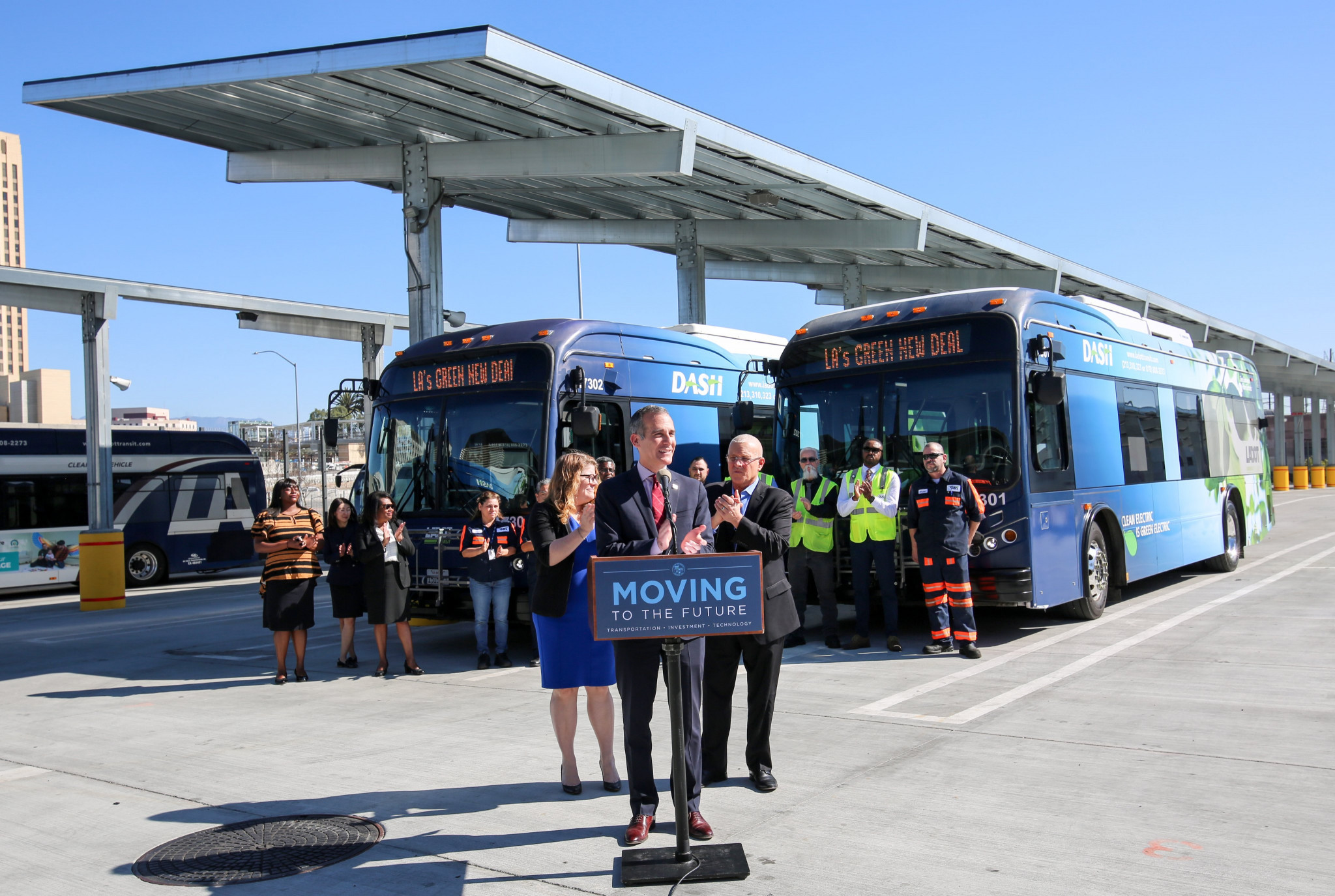 The Los Angeles Department of Transportation (LADOT) has placed the largest order for electric busses ever seen in the United States as the city looks to become more eco-friendly in time for when it hosts the 2028 Olympic and Paralympic Games.

Los Angeles Mayor Eric Garcetti wants the city's bus fleet to produce zero emissions by the time the city hosts the Olympics for the third time in history.

That pledge was a key component of an Executive Directive he has signed - titled "L.A.’s Green New Deal: Leading By Example" - promising a decade of action to fight the climate crisis.

"Seeing these zero-emission buses rolling down our roads in the years ahead will bring us one step closer to realising our vision of cleaner air, lower emissions, healthier communities, and a more sustainable future for all Angelenos."

In total, 155 busses have been ordered.

Garcetti made the announcement at a new LADOT yard for buss maintenance.

It features many solar panels and charging points so can service 70 busses and is also certified platinum - the best rating - by Leadership in Energy and Environmental Design.

"These 155 buses will save the city money on fuel costs and improve air quality and health for families across the region we serve."

Los Angeles is the largest city in California, a state which has witnessed first-hand the devastating effects of the climate crisis.

One of the worst droughts in California history led to restrictions on water use in recent years, while more than 100 people were killed by wildfires in 2018 and as 765,000 hectares burned.