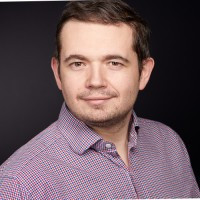 Complaints of geographical bias, manipulation of the rules, inadequate accounting, lack of transparency and unconstitutional behaviour by the leadership of the Pan American Weightlifting Federation (PAWF) have led to three nations teaming up to try to set up a new regime.

Candidates from Peru, the United States and Argentina are collectively hoping to oust the current President Willian Ozuna in elections to be held this weekend in the Dominican Republic, Ozuna’s home nation.

They are Jose Quinones of Peru, who sits on the Executive Board of the International Weightlifting Federation (IWF), Phil Andrews, Chief Executive of USA Weightlifting, and the Argentinian lawyer Gustavo Malgor, who is President of his National Federation.

All three men are standing as candidates for President, while Andrews is also among the nominations for Secretary General, and both Andrews and Malgor are standing for a place on the PAWF Executive Board.

Quinones, Andrews and Malgor say their main aim is “to address our broken constitution”.

“Our team stands for a better Pan American Weightlifting Federation, one that is truly equitable for the entire continent,” they said in a co-signed statement to Member Federations.

They would support “the values of transparency; the right to ask questions and expect honest and direct answers.”

The statement added, “We could speak about the many issues in the current governance and financial management, but as members you already know.”

Those “many issues” prompted Malgor to say, “I am tired of seeing how Willian Ozuna manipulates regulations and norms at will, particularly in every Congress.”

Asked what he would do if elected, Malgor said he would “govern for and include every country” as well as attempting “to stop corruption at every level”.

“Argentina, for example, has received support only twice in 12 years,” he said.

“South America has always been left aside.”

Quinones has plans to develop the sport by increasing the number of competing nations – especially in the Caribbean, by promoting it in schools and universities, by creating a new platform to broadcast live events on television and the internet, by bringing in new sponsors, and by “helping nations in the ways they need help”.

The ideas are part of a continental development programme that was drawn up collaboratively.

The lack of a clear development strategy was one of the main points raised by KPMG, the global accounting organisation that was asked by the IWF last year to investigate governance and accounting at the PAWF.

KPMG’s report, which has been seen by insidethegames, also showed that the PAWF was operating with negative equity of more than $3,000 (£2,300, $2,800) last July and had “not assessed the going concern assumption of the Confederation and its capacity to fulfil its financial obligations”.

In 2018 overdue honorariums were paid to Executive Board members while staff went unpaid, and in 2019 there had been no accounting entry for the first half of the year.

Ozuna did not reply to emails sent by insidethegames, concerning criticism of the PAWF’s governance, or his own plans for the Federation should he be re-elected as President.

The list of nominations has been revised twice, with Andrews’ name removed then reinstated among the candidates for Secretary General.

Nominations were vetted by an independent electoral commission, which was set up to oversee this weekend’s election after a vote by the Executive Board last November.

Andrews complained that members of the commission were appointed by Ozuna without consulting the Board, and that this was unconstitutional.

“He appointed as chair a Puerto Rican lawyer who had represented Puerto Rico in the electoral Congress in April last year, in Guatemala,” said Andrews.

“When challenged by Peru and Bolivia, Ozuna presented an opinion from another Puerto Rican on the legality of the commission.

“That Puerto Rican is a direct colleague of the lawyer chairing the commission.

“Then, bizarrely, a meeting of the commission was held in Doha, Qatar.”

Andrews and others have also complained about the way in which decisions are made regarding the hosting of Pan American competitions.

Andrews said, “Over the past few years we’ve seen the Pan American Weightlifting Federation get worse and worse, and unfortunately the current President has several times broken the constitution… and has not provided a development plan for the continent.

“As a result, our plan for the new administration, if successful, is very simple – to operate the Federation in a clear and transparent way, fix discrepancies in the constitution, ensure well operated events, and operate a development programme that offers opportunities across the continent rather than just to political allies.

“I recognise that my poor Spanish is an issue for some nations.

“I hope to gain their trust and commit of course to do my best to learn the language.

“Be assured that I will ensure English, Dutch, French and Spanish speaking nations are all given a voice.”

Quinones said he would seek to promote postgraduate courses with prestige universities for sports administration, sports law and methodology applied to weightlifting.

“In this way, we will revolutionise the education and preparation of our technicians and leaders,” he said.

“Likewise, we will seek to approach Governments and Olympic Committees in order to bring weightlifting to all school games and to all multisport events around the continent.”

He said the Pan American Congress and elections this weekend provided “a great opportunity to discuss ideas for the benefit of our sport”.

He concluded, “I am hoping that the best team can lead our Federation for the next four years.

“I am sure that this attitude will be shared by everyone.”

The full list of candidates for the role of President is Willian Ozuna, the incumbent from Dominican Republic, Jose Quinones of Peru, Phil Andrews of USA, Gustavo Malgor of Argentina and the Mexican Rosalio Alvarado.