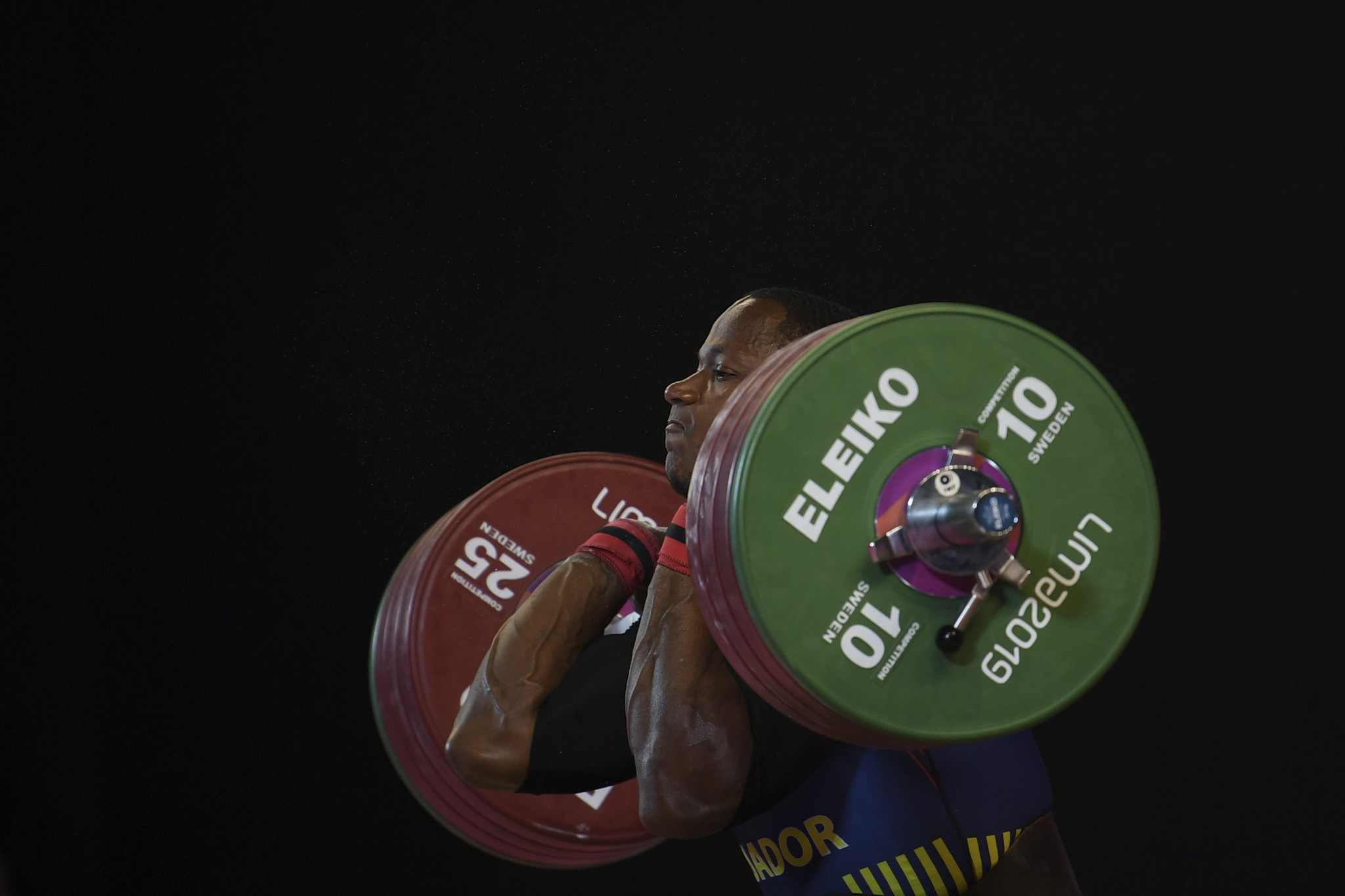 Details of a progressive proposal to give athletes at least one vote on the Executive Board, and the right of veto over decisions that directly impact them, were revealed at an International Weightlifting Federation (IWF) “think tank” meeting in Tashkent in Uzbekistan.

Members of an Athletes’ Advisory Council (AAC) would be selected from all continents, would have anonymity in voting and would be protected from “any sort of intimidation or retaliation” by other IWF Board members.

The plans were presented and discussed at a meeting during the International Solidarity Championships in Tashkent.

The innovative meeting of Executive Board members was described by the IWF’s acting President, Ursula Papandrea, as “positive and optimistic”.

Athletes have called for change at the top of the sport in recent weeks, in the wake of the German TV documentary that alleged corruption in finance and anti-doping involving the IWF and its long-standing president Tamás Aján.

Aján has stood aside for 90 days, until April, pending investigations of those allegations by Richard McLaren, the Canadian professor of law who did so much to expose state-sponsored doping in Russian sport.

A petition calling for change at the IWF, and for athlete representation at all levels in the sport, was started by the American Rachel Crass Wood and supported by the representative body Global Athlete last month.

An accompanying statement from Global Athlete said weightlifting was “on life support in the international sporting community”.

“Too many athletes do not trust the IWF,” it added.

So far there have been 88 signatories to the petition from 17 countries, including Olympic gold and bronze medallists from Canada and the United States and, this week, the president of the Bulgarian Weightlifting Federation Nedeltcho Kolev, who was an Olympic champion in 1980 and a multiple world champion at a time when Bulgaria had a bad reputation for doping.

“That one shocked me,” said Crass Wood, a campaigner for athlete representation who said it was an indicator of “bringing the world together for a call to change”.

“I think it is critical to have people from those countries [with a bad doping record in the past] involved, to set the example of speaking out and supporting McLaren's investigation."

Crass Wood, like Papandrea, started her political involvement in weightlifting as an athletes’ representative in the US, and now coaches after her career as an athlete was ended by injury.

She was invited to make a presentation, which was well received by members of the IWF board who “listened intently to the ideas and suggestions, and had some ideas of their own”, according to Papandrea.

After suggested amendments to the original plans by Karoliina Lundahl, the Board member from Finland who is a former world champion, Crass Wood agreed that a new AAC should comprise two members each, one male and one female, from North America, South America, Europe, Asia, Africa and Oceania.

They would be current athletes or would have retired within the past 10 years.

A further member of the AAC, she suggested, would be a non-voting representative, the Executive Board (EB) liaison, who would act as go-between between the athletes and the Board.

“This is similar to the model used by the USOPC (United States Olympic and Paralympic Committee) Elite Athlete Advisory Council,” said Crass Wood.

The Board liaison would keep votes anonymous and “simply present the EB with a majority vote from the AAC”.

“This helps ensure anonymity of athlete votes and can help to mitigate direct retaliation.

“Further, members of the AAC are not to be approached directly by any member of the EB to discuss any policy matter, vote, or other business.

“Athletes must be protected from any sort of intimidation or retaliation.

“To that end, clear sanctions must be put in place and strictly enforced in the event that any member of the EB violates these athlete protections, either directly or indirectly through a third party.

“This may require countries to adopt more objective team qualifying procedures, as subjective procedures might make it difficult to determine whether an athlete is left off of a team for a legitimate performance issue or out of spite for an action taken on the AAC.

“The AAC needs to be filled with athletes with diverse backgrounds and skill sets and a desire to enact and enforce real change in the organisation.”

An independent Nominations Committee would be hired to field applications from interested athletes and appoint members of the AAC.

All those putting themselves forward “must be able to prove a commitment to clean sport” and those with “a history of speaking out against corruption, or reporting abuses, or some other demonstrable action to support transparency and integrity in the sport” would be especially welcome.

There would, said Crass Wood, be “other similar criteria to vet applicants beyond how many Instagram followers they have”.

All this would be paid for from the IWF’s overall budget, covering four-year cycles to match an Olympic quadrennial.

“The AAC would then be responsible for handling its own expenditures and budget from those fixed funds,” said Crass Wood - administrative salaries, travel expenses, expert services for legal consultations, and so on.

“The EB would be allowed no say whatsoever in how the AAC chooses to spend its funds, as we all know that whoever holds the money holds the power.

“Also, the AAC should hold veto power over every decision that directly affects the athletes.”

The AAC would also ask for more than one vote on the Board.

Papandrea said an AAC would feature in a revised constitution to be drawn up by the IWF’s new Oversight and Integrity Commission, which she chairs - hopefully within the next two months.

The gathering in Tashkent was an “unofficial board meeting” attended by more than half the members, said Papandrea.

“It was a clear departure from the norm, being the first such think tank session and featuring the use of e-conferencing,” she said.

On Crass Wood’s presentation she said: “Having already discussed the need for some of the measures, the Board thought it valuable to listen to the suggestions to ensure athlete inclusion in upcoming governance reform.”

Tom Goegebuer, President of the Belgian Weightlifting Federation and three times an Olympian, sat on two IWF commissions, Sport Programme and Clean Sport, as an athletes’ representative but has never had any input to the Executive Board.

“At this moment the athletes' representation is very limited,” he said.

“The IWF has sent mails [about athlete representation] to member federations in the past but the response has been very poor, probably because the whole set-up is not known and not good enough.

“We have an athletes’ chairman [Pyrros Dimas] who has a vote on the IWF Board, but he is not elected by athletes and a real athletes' voice should be independent from the federation - I agree with that.

“I have represented the athletes as well as I thought I could [on the commissions] but it is much better to have an AAC with more ideas and different views from athletes with differing backgrounds.

“I understand the concerns about independence and fear of intimidation, but I have also learned that the ideas of younger athletes are sometimes unrealistic because the whole picture might be broader than what athletes are seeing.

“It has often opened my eyes, and sometimes they were able to change my mind.

"I don't think this is bad.

"It can bring both sides together.

“I understand the dangers of direct contact, but I also think it is important to see the whole picture so I would prefer not to have a strict separation.

“The federation and the athletes are on a different side of the line, but at the same time they should both fight for the general interest of the sport.

“The AAC and Federation need to be independent, but we should not be enemies, we should try to be constructive in the interest of our sport in general.”

Eight current Board members were competitors at either IWF World Championships or Olympic Games.

They are Papandrea of the US, Lundahl of Finland, Greece's Pyrros Dimas, Nauru's Marcus Stephen, Nicu Vlad of Romania, Mahmoud Mahgoub of Egypt, the Czech Republic's Petr Krol and Maxim Agapitov of Russia.

There was “a quite robust and lengthy discourse on clean sport, which recognised that anti-doping efforts before 2017 had largely failed”, said Papandrea.

“The exchange concentrated on the periods leading into the Olympic Games, emphasising the clean sport initiatives which have been undertaken and examining more options.

“More intentional efforts for fair play will be on the agenda for the next Olympiad to focus on cultural change within the sport, not just anti-doping measures.

“For example, buy-in from member federations, encouraging clean athletes, and creating a truly fair playing field were all addressed, with new and innovative approaches to achieving this goal.”

There had been talk of a formal decision to suspend Aján from the presidency, though that did not happen.

Papandrea said, though, that there was “need for board culture change” to make it “an effective governance body” rather than, in her view, “a political tool”.

She said: “The ideals of Olympism, athlete inclusion, fair play, and gender equality were all discussed in some part, demonstrating the desire for the recent Board leadership change to embrace the challenges and deal with them head on.”