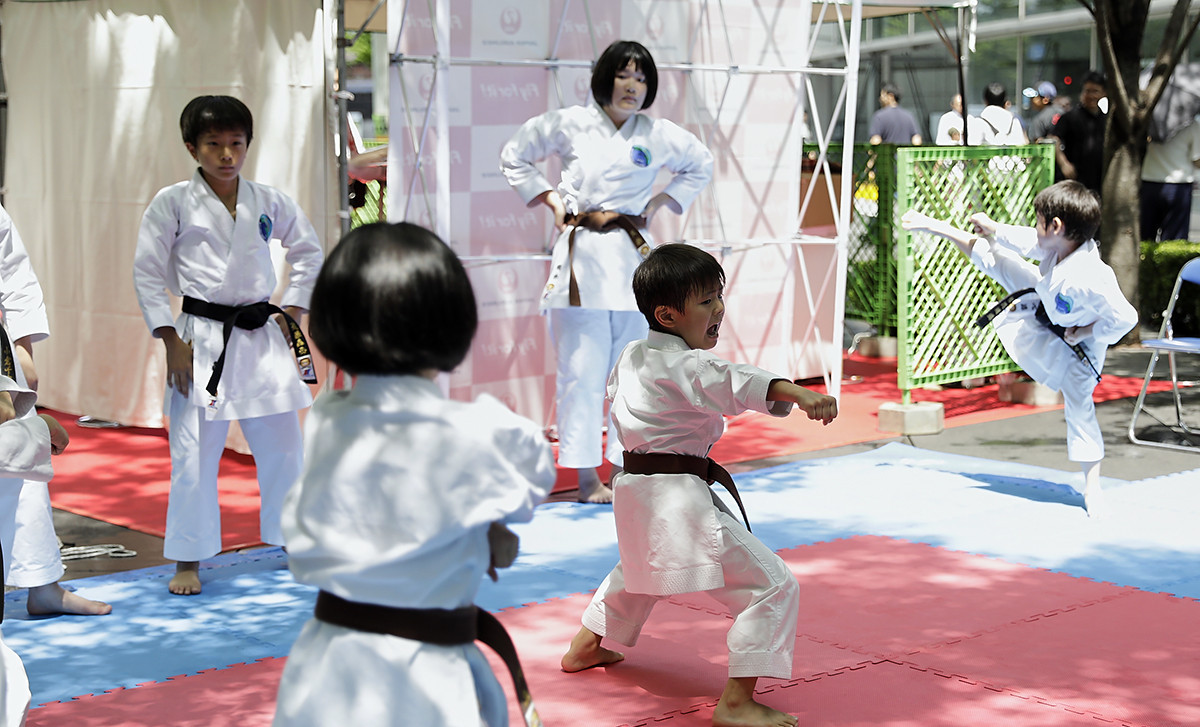 A series of events have been held in Japan to familiarise potential fans with karate, as the sport prepares to make its Olympic bow this summer.

The events, including an exhibition from some of the best Japanese athletes at the Tokyo Stock Exchange, are part of the "Let's 55" campaign.

"Let's 55" is a project put on by Tokyo 2020, aimed at educating the public about the 55 Olympic and Paralympic sports making up the Games.

Karate was one of the sports on display when more than 15,000 people took part in an event at Tokyo International Forum to mark Tokyo 2020 being just a year away.

A kata performance was also broadcast on the Olympic Channel as part of the festivities.

For the event at Tokyo Stock Exchange, children from local karate clubs were invited to learn from some of Japan's top karateka.

There will be eight karate gold medals up for grabs at Tokyo 2020 - men's kata, women's kata and three different wight classes for both men's and women's kumite events.