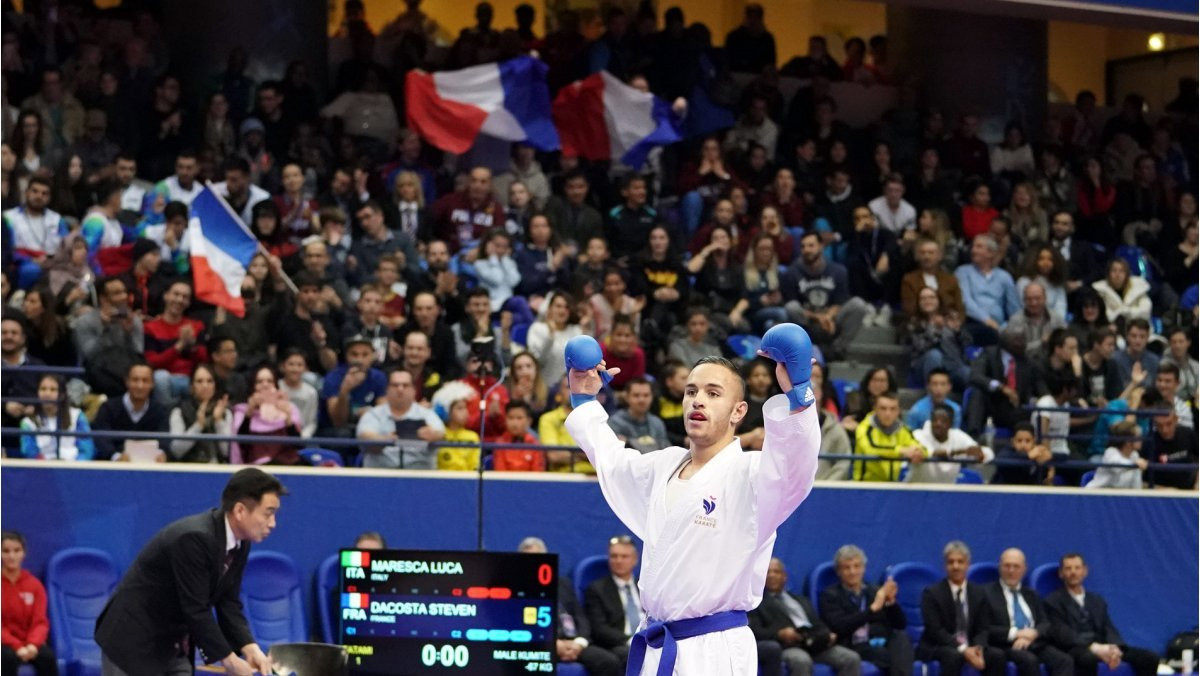 The new Karate 1-Premier League season is set to begin tomorrow in Paris, where coveted points towards the Tokyo 2020 Olympic standings are at stake.

The event is one of the most prestigious tournaments on the international scene and is the last major global competition in the French capital before the Olympic Qualification Tournament from May 8 to 10.

Three days of competition will be held at the Stadium Pierre de Coubertin, with gold medallists receiving between 870 and 990 points, depending on the category and number of bouts.

More than 700 competitors from 92 countries have confirmed their participation in Paris.

Twenty countries went home with medals at last year's edition of the event, with Japan topping the table on four golds.

The 2019 Grand Winners will also be honoured this weekend.

The Grand Winners are the best competitors of the season in Karate 1-Premier League in each category.

They are the only athletes allowed to wear the special karategi with the golden embroidery on the shoulders.

The awarding ceremony is scheduled to take place on Saturday (January 25).

Karate is due to make its Olympic debut at Tokyo 2020, but has not been included on the sports programme for Paris 2024.

This is despite a concerted campaign from the World Karate Federation (WKF).

Last March, Paris 2024 stated it would not reconsider its proposal for new sports on the Olympic programme after holding a meeting with leading figures from karate, including WKF President Antonio Espinós.