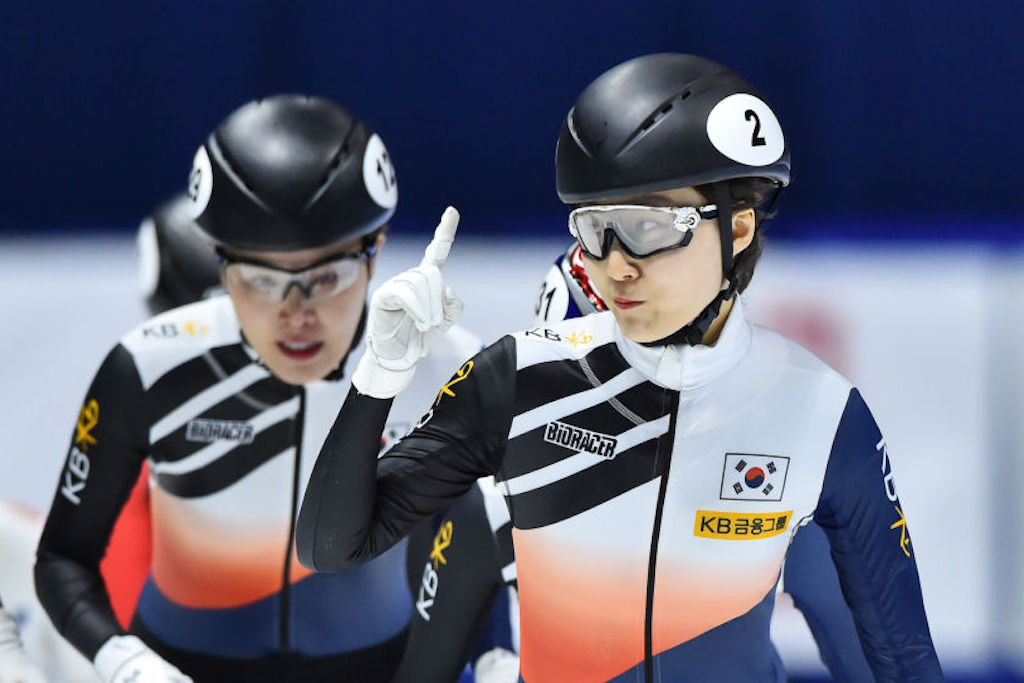 Both skaters excelled yesterday with Choi winning the women's 500 metres and 1,500m and Hwang matching her in the respective men's events.

They both came home first again in 1,000m finals today before helping their country win the men's and women's relays.

Hwang missed out in the men's 3,000m super final but his four titles still earned him the men's overall prize, with Choi the clear winner of the women's honour.

Choi made a decisive move with two laps to go in the women's 1,000m final to come home in front of Canada's Courtney Sarault and Kim Alang of South Korea won bronze.

In the super final she made a move with just two laps gone and soared out in front, lapping the field twice and winning by more than 17 seconds.

The women's 3,000m relay team was also driven to victory by Choi as Canada finished second and China third.

"I didn't expect to have it my way like that," said 21-year-old Choi after the super final.

"To be honest, I didn't think or plan that, I just went and couldn't believe nobody went with me."

The world record holder over the distance made his way to the front with two laps to go and stayed there until the line.

The 3,000m super final went to Park after Hwang pulled up on the penultimate lap when a fourth individual title was in his sights.

Kim Dagyeom won silver and An Kai ended in bronze for China.

In the men's 5,000m relay, Hwang helped the Koreans to a familiar position at the front of the pack as Canada ended second and the United States third.

"Something happened with my skate at the end of that 3,000m," said Hwang after the super final.

"I'm not sure what, but that was the only disappointing moment to take away from an excellent weekend.

"Considering I wasn't feeling 100 per cent coming into Montreal, I'm obviously happy with what we have achieved."

The Four Continents event is for skaters outside of Europe, with the short track edition joining the figure skating event which has run since 1999.