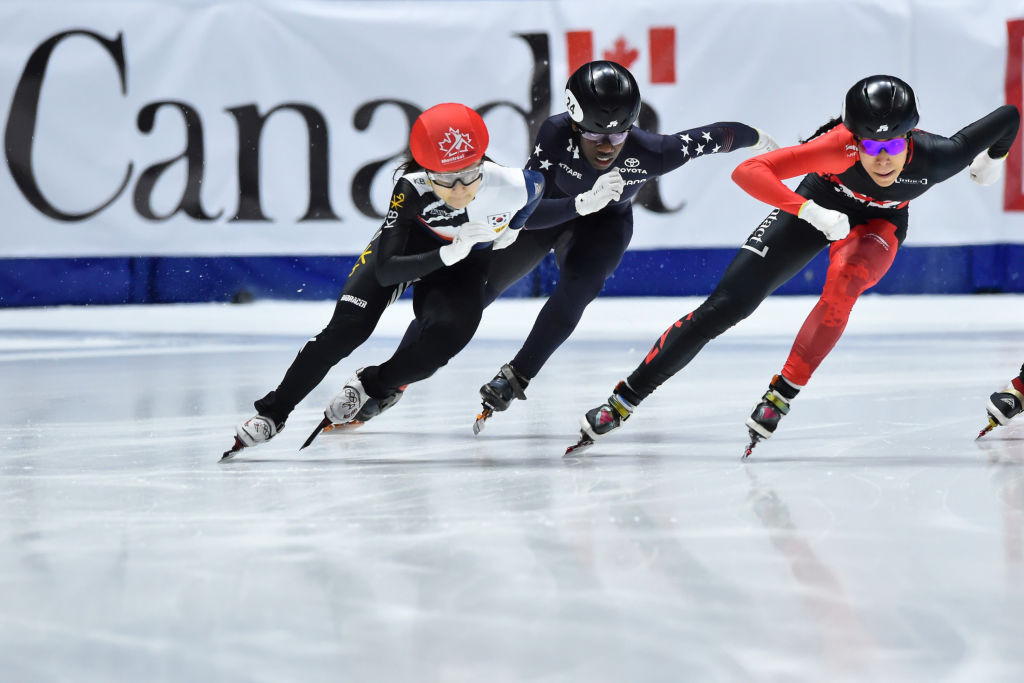 Double Olympic champion Choi tasted success in the women's 500 metres and 1,500m at Maurice Richard Arena as her country won all four finals held in the Canadian city.

Hwang won the men's finals over the same distances as the country confirmed their status as a short track powerhouse.

Choi's race victory over 1,500m will go down in history as the first title awarded at the Championships, which are open to skaters from outside Europe.

She powered to the front of the pack with four laps to go and kept team-mate Seo Whi-min at bay to claim victory.

Seo settled for silver as Maame Biney of the United States collected bronze.

"I've had a hard time coming back to full fitness after my injury last year, but I've improved day by day.

The event has attracted a strong field but there was disappointment for the host nation when Kim Boutin pulled out with a knee injury.

Home fans had been hoping to watch the triple Olympic medallist after her strong showing on the World Cup circuit so far this term.

In the men's 1,500m, Hwang claimed gold after his team-mate Park Ji-won clipped him and crashed out.

Hwang won Olympic silver over 500m in Pyeongchang and went one better in the sprint distance in Montreal, never relinquishing the lead after the first corner.

"When I made my move to the front I knew it was tight, and that is how it proved.

"I knew I wouldn't have the confidence to deliver the late power that I might need so wanted to make sure I hit the front right away.

"I really have to thank the coaches for getting me to this point."

A Four Continents event in figure skating has been held since 1999.