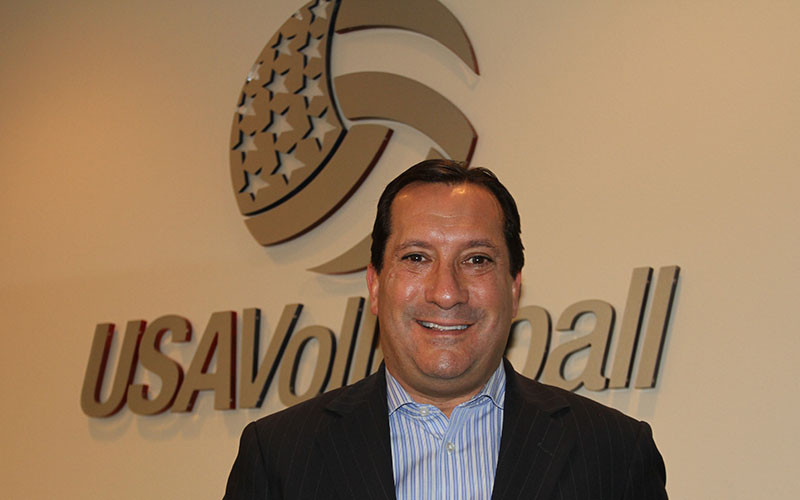 USA Volleyball (USAV) chief executive Jamie Davis has been given a vote of confidence by the governing body's Board of Directors with a four-year contract extension.

Davis' contract renewal will see him continue in the role until 2024 after he impressed the Board during his first three years.

"Since taking over as chief executive in January 2017, Jamie's leadership has reached every realm of USAV's operations, delivering solid membership growth, financial stability, enhanced partnerships with internal and external constituents and successes on the courts," said USAV Board chair Dr Cecile Reynaud.

"He has been tireless in his pursuit of excellence and the Board of Directors believes he is the leader to continue our growth through to the Paris Olympic and Paralympic Games."

Davis has helped grow USAV's membership to 424,000 while improving the body's financial sitting, it is claimed.

Those funds have been reinvested into the sport's development in America as the organisation seeks to increase diversity and inclusion.

A grant of $400,000 (£310,000/€362,000) has been awarded to the Southern Intercollegiate Athletic Conference and six historically black colleges and universities, who will begin men's volleyball varsity programmes in 2021.

USAV has also deepened its relations with the International Volleyball Federation (FIVB) and the North, Central America and Caribbean Volleyball Confederation (NORCECA), hosting international competitions in the US.

Davis and the USAV Board have made athletes, and their safety, the number-one strategic priority for USAV.

Speaking of his contract renewal, Davis said: "I am excited by what we have achieved as an organisation over the past three years and heading into Tokyo 2020.

"I appreciate the confidence that the Board has placed in me and look forward to working with them, the USAV staff, our regions, NORCECA, the FIVB and our athletes to bring volleyball to even greater heights in the United States over the next quadrennial."