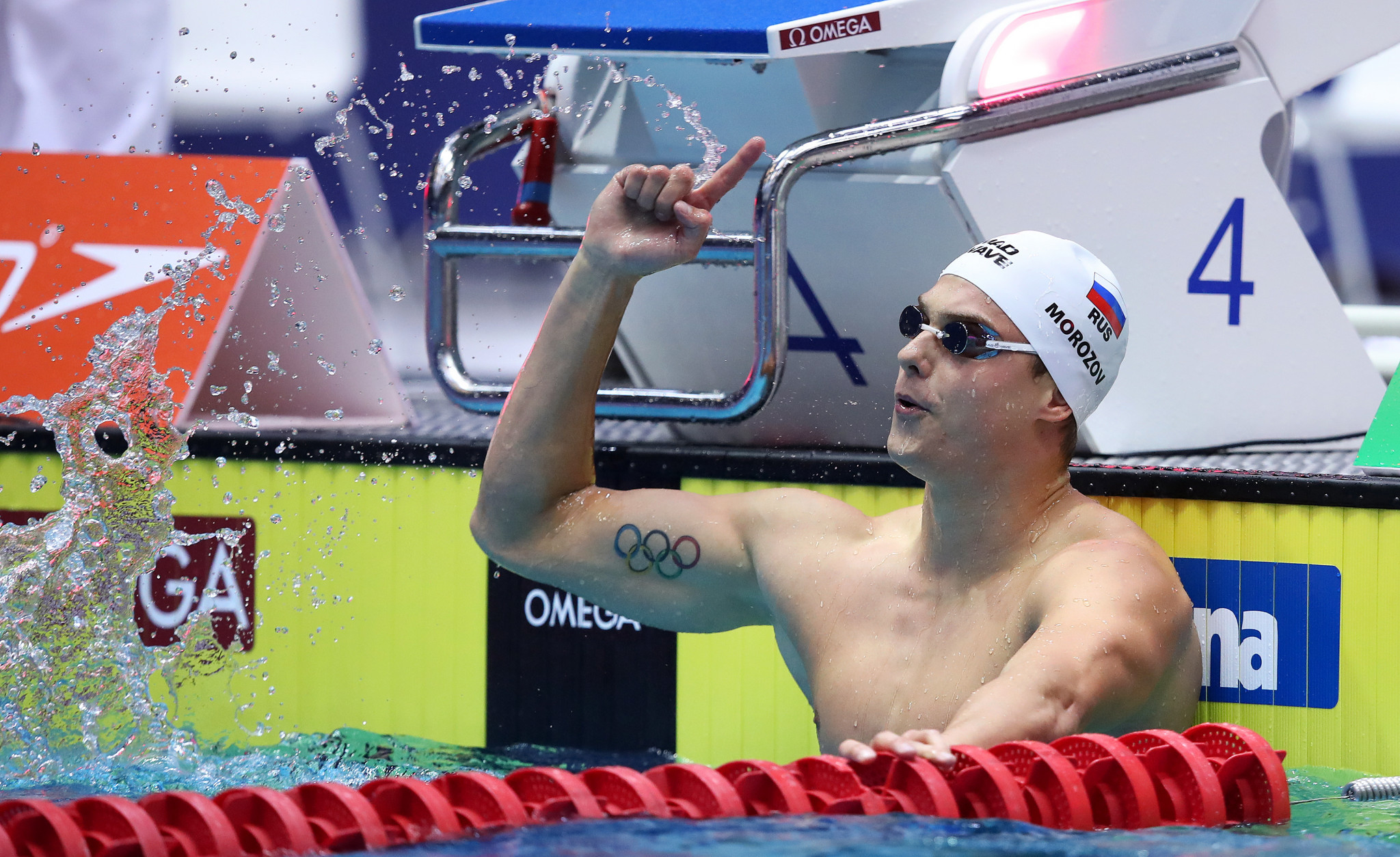 Russian Vladimir Morozov and Cate Campbell of Australia wrapped up the overall men's and women's titles, respectively, on the final day of the Swimming World Cup season in Doha.

The 27-year-old, who had all-but sealed the title after winning two races yesterday, won 20 gold medals on this year's circuit.

Danas Rapšys of Lithuania was second on the overall standings, 99 points adrift of the formidable Russian star.

Arno Kamminga of the Netherlands did enough for third after recording a tally of 195 points.

Campbell was crowned the winner of the women's World Cup on 357 points as she finished 45 clear of nearest rival Katinka Hosszú of Hungary.

Sweden's Michelle Coleman ended the season in third on a total of 174 points.

Campbell, a double Olympic relay gold medallist, rounded off her campaign in style with an impressive win in the women's 100 metres freestyle at the Hamad Aquatic Center today.

She touched the wall in 52.61sec to lead an Australian-one two as Bronte Campbell was second in 53.37.

Coleman did enough for third having clocked 53.39.

Hosszú was hoping to chase down Campbell in the race for the overall title but fell short, despite recording the third-fastest time of her career in the 100m butterfly.