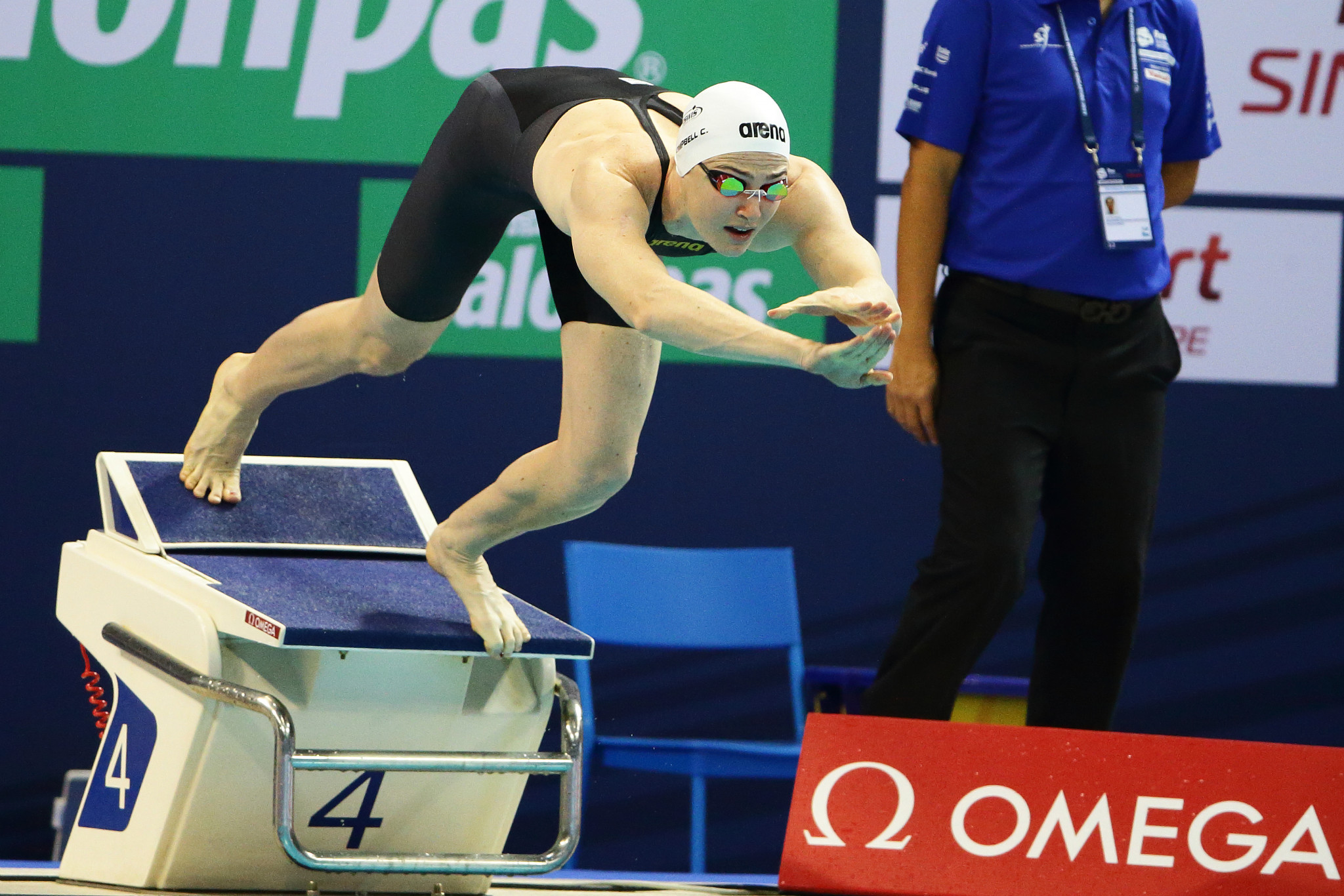 Cate Campbell of Australia and Russian Vladimir Morozov will aim to extend their overall leads on the women's and men's standings, respectively, at this weekend's International Swimming Federation World Cup in Kazan.

Campbell, a double Olympic gold medallist and four-time world champion, is in pole position on the women's rankings heading into the final two events of the campaign.

The 27-year-old holds a three-point advantage over Hungarian rival Katinka Hosszú of Hungary.

Campbell has 243 points, with Hosszú second on 240 and Michelle Coleman of Sweden third on 135 points.

The Australian has entered the women's 50 metres and 100m freestyle races, as well as the 50m butterfly, while three-time Olympic champion Hosszú is set to compete in 13 events in the Russian city.

Morozov will participate at his home World Cup knowing another strong performance should seal the overall title.

The multiple world short-course champion has a commanding advantage over nearest challenger Danas Rapšys of Lithuania.

Morozov is 87 points ahead of Rapšys with just the event in Kazan, and next weekend's finale in Doha, to come.

Michael Andrew of the United States sits third on 132 points.

Finals will be held across all three days of the World Cup at Kazan Aquatics Palace, which begins tomorrow and concludes on Sunday (November 3).