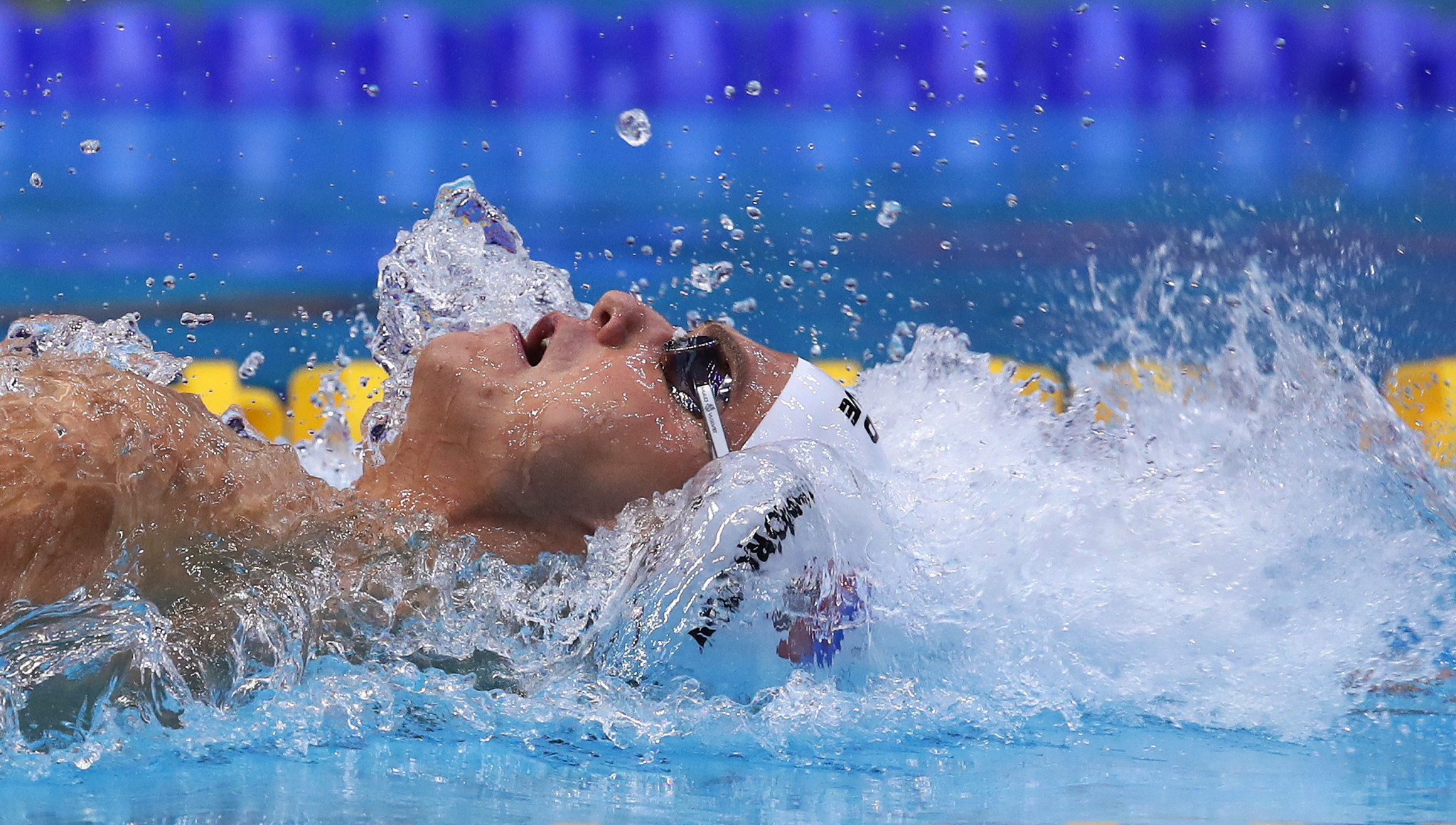 Russian Vladimir Morozov secured another victory as Mykhailo Romanchuk of Ukraine broke the International Swimming Federation World Cup record in the 1,500 metres freestyle on the second night of action in Doha.

Victory sees Morozov inch closer to wrapping up the overall title, which will likely be confirmed after the final day of the season tomorrow.

Romanchuk produced the standout performance of the night as he set a World Cup record in the 1,500m.

The Ukrainian completed the distance in 14min 51.61sec to finish ahead of Jan Micka of the Czech Republic and Gergely Gyurta, second and third, respectively.

Kira Toussaint of the Netherlands matched the Dutch record in the women's 100m backstroke after she touched the wall in 59.14.

Australia's Emily Seebohm was second in 59.30 and compatriot Kaylee McKeown finished third in 59.60.

Jeanette Ottesen of Denmark held on to take gold in the women's 50m butterfly.

The double world champion clocked 26.06 to beat Australia's Cate Campbell, who leads the race for the overall title.

Michelle Coleman of Sweden was the recipient of the bronze medal having touched the wall in 26.76.