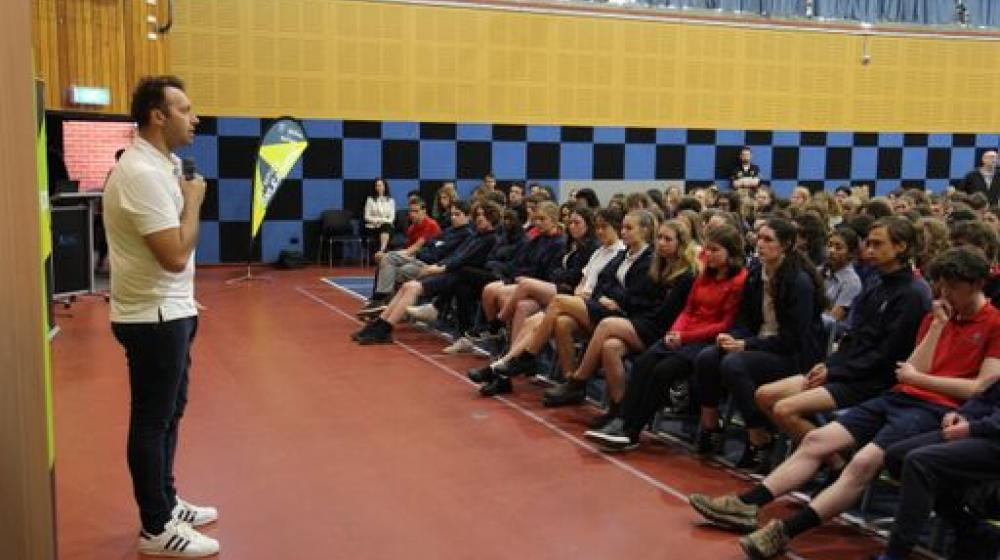 The swimming star, Australia's most successful Olympian, travelled to Taroona High School to speak to children in year nine.

The 37-year-old delivered a message of "inspiration, goal-setting and dreaming big", according to the AOC.

His appearance forms part of the AOC's Olympics Unleashed programme, which has reached over 90,000 students from 635 schools since its launch in September 2018.

"Being part of the Olympics Unleashed programme, I have the opportunity to meet so many great kids and hear their stories," Thorpe said.

"It’s not just about uncovering the next Olympian - although that would be nice, it’s about inspiring the next generation through our Olympic journey, which I find really enjoyable.

"It’s really important to not only inspire kids in sport, but in whatever they may want to achieve, so they can get the most out of their lives."

Olympics Unleashed is a free initiative and takes Olympians and athletes aspiring for Tokyo 2020 to schools across the country.

"It’s so important for each generation to inspire the next and by having our Olympians, some of whom aren’t much older than these kids, in schools talking about their experiences," Thorpe added.

"Through Olympics Unleashed, we are doing just that."

He did the 200m and 400m freestyle double at the Olympics in Athens four years later.