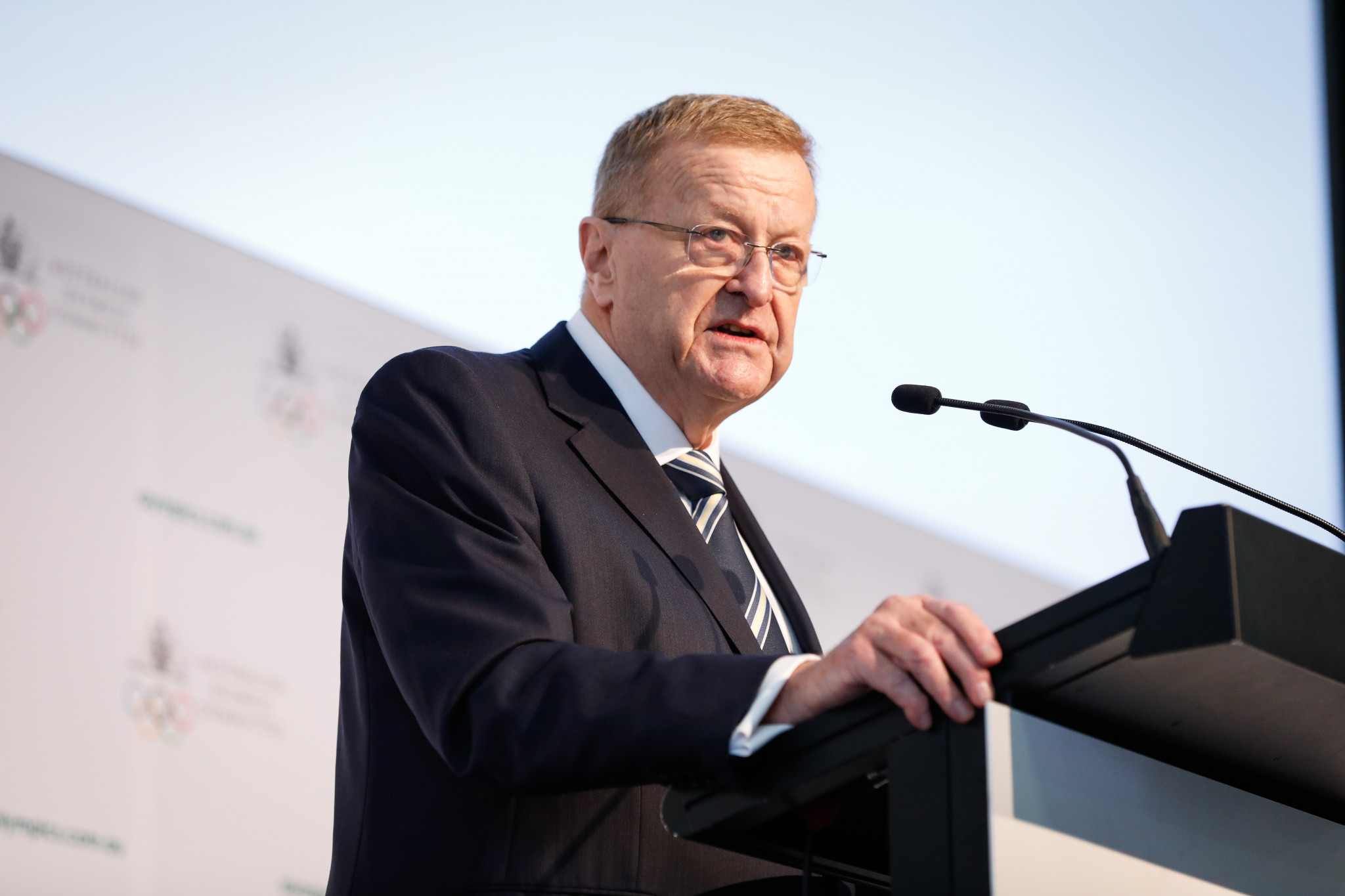 The 69-year-old, who has led the AOC since 1990, made the comments after a delegation visited the International Olympic Committee (IOC) and its President Thomas Bach in Lausanne yesterday.

Politicians are discussing potentially building a new 80,000-seater stadium in Brisbane, which could host the Opening and Closing Ceremonies, to help the bid's chances of success.

But, while admitting a new or regenerated venue would be needed, Coates said this could be much smaller.

This would tie-in with IOC wishes to reduce the overall cost of bidding for, and staging, the Olympics.

"And that could be a stadium that could reduce to a lesser amount afterwards, depending on what the legacy is going to be – no requirement for 80,000."

Coates said one option could be extending The Gabba stadium in Brisbane, which currently holds 42,000.

"I think there'll be something developed for athletics and the ceremonies, there is an option with the Gabba," he said.

"But probably, I think, a new stadium has to be prepared, but similar to the way that it was done with London, it could reduce to something afterwards.

Bach said that he was "even more impressed" with the Queensland plan than he had been after visiting Brisbane and the Gold Coast, host of the 2018 Commonwealth Games, in May.

He added the IOC had greater confidence that it would be able to award the 2032 Olympics and Paralympics much further in advance of the Games than for previous editions.

Under IOC reforms passed in June, a flexible timeline was installed by removing from the Olympic Charter the requirement for the host city to be elected seven years before the start of the Games.

The meeting at Olympic House marked the latest part of a study by officials from the state on whether to submit a bid for the 2032 Games.

An assessment taskforce, launched at a cost of AUD$10 million (£5.6 million/$6.8 million/€6 million), will analyse possible venues, transport infrastructure, required funding and where it would come from.

It is expected to complete its work by the end of this year, but Palaszczuk, who has cut her European trip short and returned to Queensland to help deal with bush fires in the region, is hopeful it can be concluded by the end of November.

A decision will then be taken on submitting a formal bid for the 2032 Olympics and Paralympics.

"Across a range of critical areas, the delegation gained vital insights into the IOC's thinking about what a Games candidature looks like and how the IOC's vision for the Games can align with Queensland's vision for the state's future," said Coates, a key ally of Bach and a former IOC vice-president and Executive Board member.

"The overwhelming message the Queensland team can take home is that putting together a viable candidature is very much a partnership between the potential host and the IOC.

"The IOC team could not have been more helpful in providing expert insight into where the Olympic Movement is heading, how the Olympic sports programme works, Games funding and the risks and opportunities Queensland should consider.

"There's a strong recognition of Australian expertise and the considerable benefits that a Queensland Games could deliver.

"It was useful for all delegation members to hear first-hand the IOC's focus on reducing costs, reducing complexity, risk and waste.

"Equally, a successful candidature needs to concentrate on delivering flexibility, sustainability and efficiency in a partnership with the IOC.

"I think we all understand that the Queensland community must be kept informed and engaged throughout the process ahead.

"The warmth and welcoming attitude of the Queensland people is a wonderful asset.

"To have the united leadership at federal, state and local Government level sends a powerful signal.

"The delegation showed great unity of purpose and demonstrated that Queensland can make a compelling case.

"The exchange of information will certainly help strengthen that case, should Queensland decide to proceed with a candidature," Coates concluded.

Queensland could come up against an historic joint bid from North and South Korea who have also discussed entering the 2032 race.

India and Indonesia have submitted official letters of interest and Shanghai has been conducting a feasibility study.