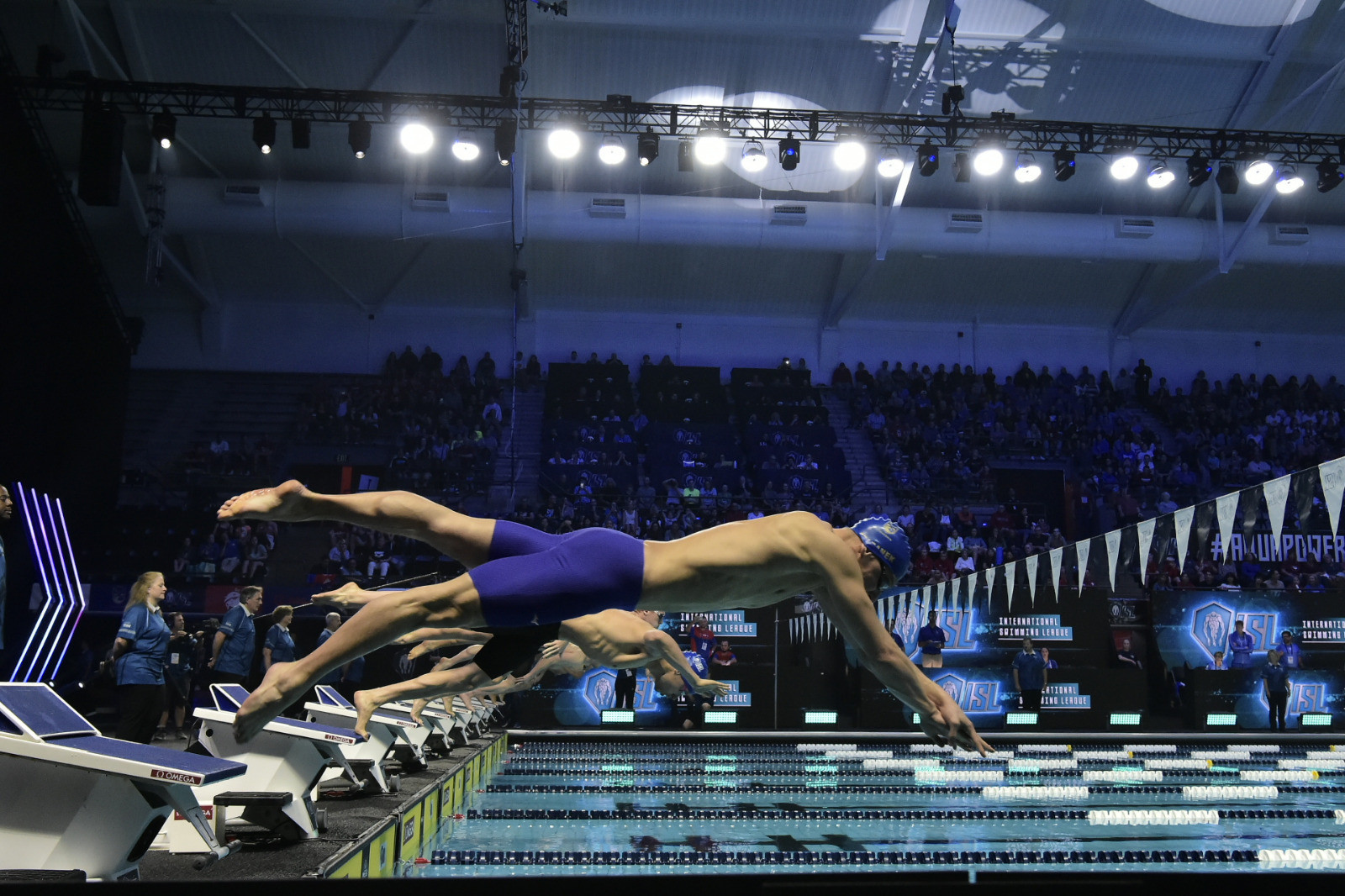 The ISL is a team-based competition which has attracted a huge number of the world's top swimmers for its inaugural leg in Indianapolis.

Swedish star Sjöström, the 100 metres butterfly champion at Rio 2016, triumphed in that event at Indiana University Natatorium and also won the 50m freestyle to contribute valuable points for her team.

Energy Standard won all of the relays with Sjöström, the team's women's captain, swimming the fastest split in the 4x100m freestyle.

The men's captain then managed the best butterfly split as the team won the men's 4×100 medley relay.

Florent Manaudou, the London 2012 Olympic 50m freestyle champion, was another winner for Energy Standard as the Frenchman came home first in the same event.

The team has 250 points at the top of the standings with Cali Condors second on 229.5.

DC Trident are third on 165 with Aqua Centurions last of the four teams on 163.5.

Both of the top two enjoyed a tussle all day which saw the lead change hands.

The highly-anticipated series has promised to take swimming into a "new era" and, it is claimed, addresses concerns from athletes about a lack of prize money and competition opportunities.

The ISL was subject to legal action last year when the International Swimming Federation (FINA) reportedly banned athletes from competing at a meet which was viewed as a rival to the existing World Cup circuit.

FINA also eased their rules around third-party competitions, with the ongoing action in Indianapolis clashing with the FINA World Cup in Budapest.

The second and final day of competition is tomorrow, with six more legs due to follow this season.