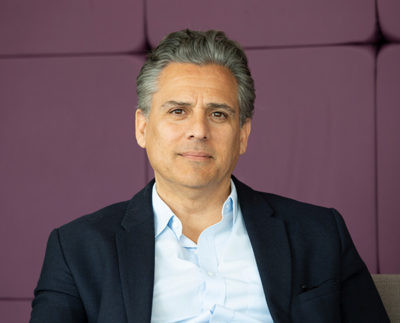 International Swimming League (ISL) chief executive Ali Khan has claimed the competition will change the sport for the better and present more opportunities than ever for participants.

Khan was speaking during an online press conference to announce the final four team rosters for the inaugural ISL season, due to begin with a two-day event in Indianapolis in the United States on October 4 and 5.

Many view the International Swimming Federation's (FINA) new three-leg Champions Swim Series as a direct response from FINA to criticism from athletes who were allegedly barred from taking part in the ISL.

Khan said the ISL management team was working feverishly behind the scenes to bring fans the "best entertainment possible in the world of swimming".

"Over 30 Olympic champions and over 125 world champions will be participating in this exciting schedule for this year.

"I think it’s important to mention that this is all about the athletes.

"They are not just talented but extremely dedicated and skilled, and they certainly deserve a global platform more than just once every four years and so do fans of swimming.

"We’re changing the sport for the better and bringing swimmers and fans together, and presenting more opportunities than ever before."

The teams for whom members have been revealed today are NY Breakers, LA Current, London Roar and Team Iron.

Dorina Szekeres is the general manager for the team that includes swimmers from Europe and Jamaica.

Olympic medallists Ranomi Kromowidjojo of the Netherlands, Maddie Groves of Australia and Pieter Timmers of Belgium are also included, as is Jamaica’s Alia Atkinson.

They are building the line-up based on Hosszú’s existing Iron brand and around its core values of hard work, toughness and perseverance.

"I must join everyone here in saying that I am very excited to be here and to be a part of this huge movement," Hosszú said.

"I know that we are going to change a lot of things in the sport of swimming.

"For me, it’s more like a double excitement because I’m an owner of Team Iron and a swimmer in Team Iron so I see both sides and how everything unfolds.

"But I’m also from Hungary where swimming has huge tradition – we had the 2017 World Championships here and have an amazing facility in Budapest, Duna Aréna.

"So I’m very excited to have a team here and to hold competition here as well, showing how great it is to have a team and swimming being a team sport and having a professional league around it.

"We are made out of Iron, so watch out."

He is joined by the likes of Kyle Chalmers, Australia's reigning men's Olympic 100m freestyle champion, Australian sisters Cate and Bronte Campbell, and Emma McKeon, another Australian, who won four medals at the Rio 2016 Olympics.

Rob Woodhouse, a bronze medallist, again for Australia, at the 1984 Olympics in Los Angeles and now a prominent sports agent, will act as the London outfit's general manager.

"The London Roar team is incredibly excited about the inaugural ISL season," he said.

"Our team is made up of swimmers from 10 different countries and includes Olympic, world and NCAA (National Collegiate Athletic Association) champions."

The two swimmers representing the NY Breakers on the online press conference were the US's Lia Neal, a double Olympic medallist, and Michael Andrew, a five-times world short course champion.

"Coming from all over the world, but with a distinct New Yorker character, our team is unashamedly focused on changing swimming for the better," Tina Andrew, general manager of NY Breakers, said.

"We will empower future generations of swimmers and make this a sport that fulfils its true potential."

"I can’t wait to show the world what my team, the LA Current, has to offer," general manager Lenny Krayzelburg, a four-times Olympic gold medallist and founder of the SwimRight Academy in Los Angeles, said.

The ISL will have a first-year budget of some $20 million (£15.9 million/€17.9 million), according to the Ukrainian businessman who is the source of its financial backing.

Konstantin Grigorishin, who began pumping money into the sport about a decade ago after his son developed an interest in swimming, told insidethegames in an interview in March that until 2017 he had regarded his activities in the area as "just a charity project", but that now "it is a business project".

Grigorishin said that between $6 million (£4.8 million/€5.4 million) and $7 million (£5.6 million/€6.3 million) would be spent on appearance money and prize money for the athletes, along with bonuses for coaches.

Asked about the incentives for competing athletes, Khan said today that there were a number of payment mechanisms.

"There’s appearance money that all athletes will receive," he said.

"There will be prize money that the teams will be competing for and there’s a revenue-sharing agreement with the League itself, so it’s a unique set of commercial terms that swimmers have never experienced before.

"Apart from the competitive spirit that is clearly evident today among the teams, there is a commercial prize to be had for all the swimmers competing in the way they have never achieved before or had access to before."

Khan also stressed that there was parity in pay between men and women.

"The bottom line is there’s no difference, it’s about performance," he added.

"There is no relevance to gender here, there is no discount or premium and that’s very important.

"In terms of the team breakdowns themselves, the squads consist of 24 and those are 12 male and 12 female, so there is no difference here, no matter how one looks at it which is very important."