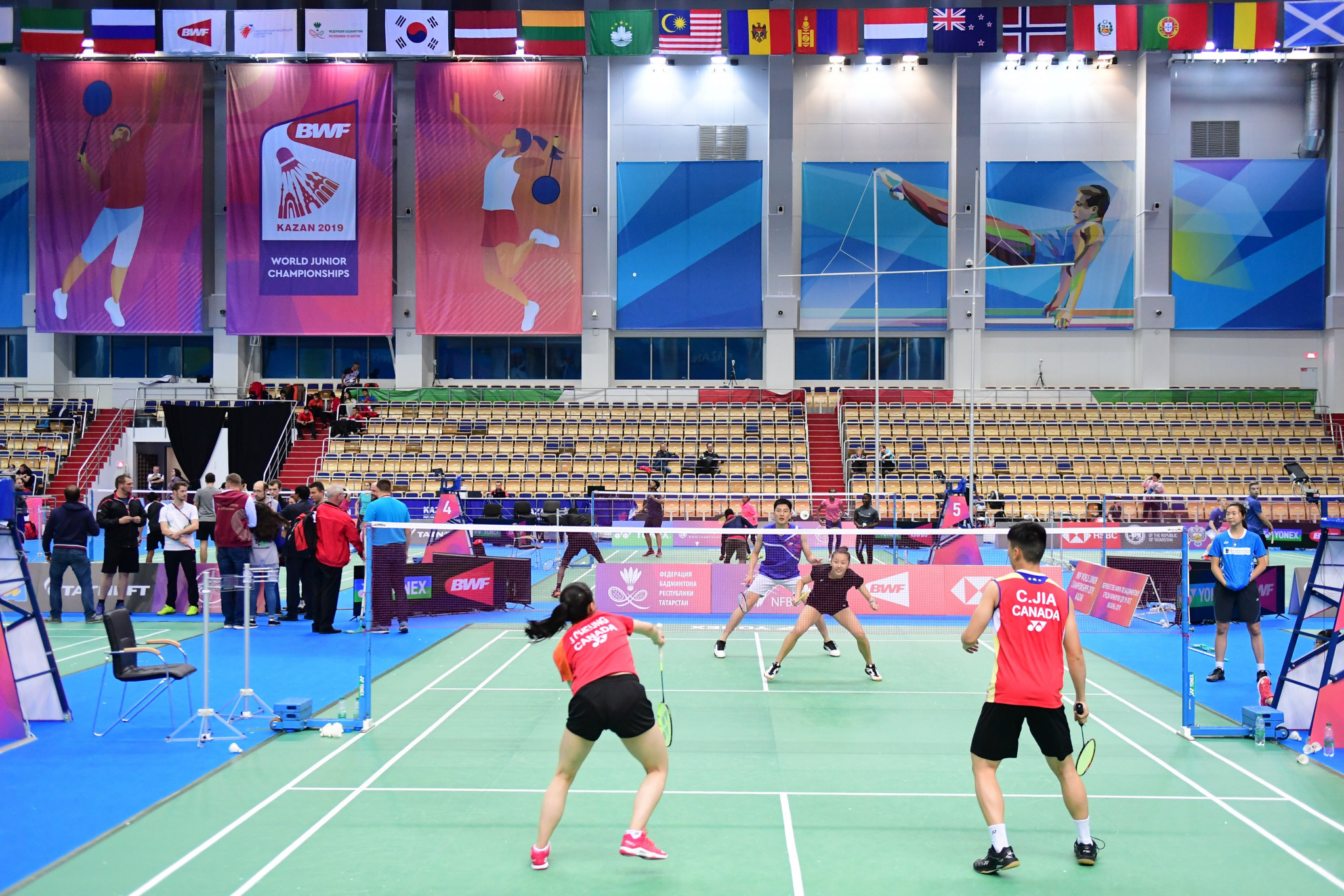 The 2019 Badminton World Federation (BWF) World Junior Championships got underway today with the start of the mixed teams event in Kazan.

The tournament, at the Kazan Gymnastics Centre, starts with a group stage, with the teams playing best-of-five matches in their attempts to qualify for play-off and knockout places.

Top seeds Indonesia got off to the perfect start with a crushing 5-0 victory over Uganda, all five wins taking just 92 minutes of combined court time.

Stephanie Widjaja laid down a marker as she thrashed Fadilah Shamika Mohamed Rafi 21-2, 21-4 in just 15 minutes.

Uganda's Brian Kasirye put up greater resistance in the men's singles before eventually going down against Syabda Belawa 21-14, 21-11, before the Indonesians raced through the double matches.

Reigning champions China were similarly ruthless, rattling their way past Norway in a 5-0 win in just under two hours.

There was no such strong start for hosts Russia, though, as they fell to defeats in both their matches.

In the early game they were beaten 3-2 by Malaysia, Yap Roy King and Err Gan Jing taking the crucial win in the mixed doubles, beating Egor Kholkin and Mariia Sukhova 21-15, 21-11.

There was further disappointment for Russia as they were then beaten by Hong Kong by the same scoreline in the afternoon session.

The women's doubles was the decisive encounter this time, and again Sukhova was on the losing side.

Competition in Kazan is due to continue tomorrow.