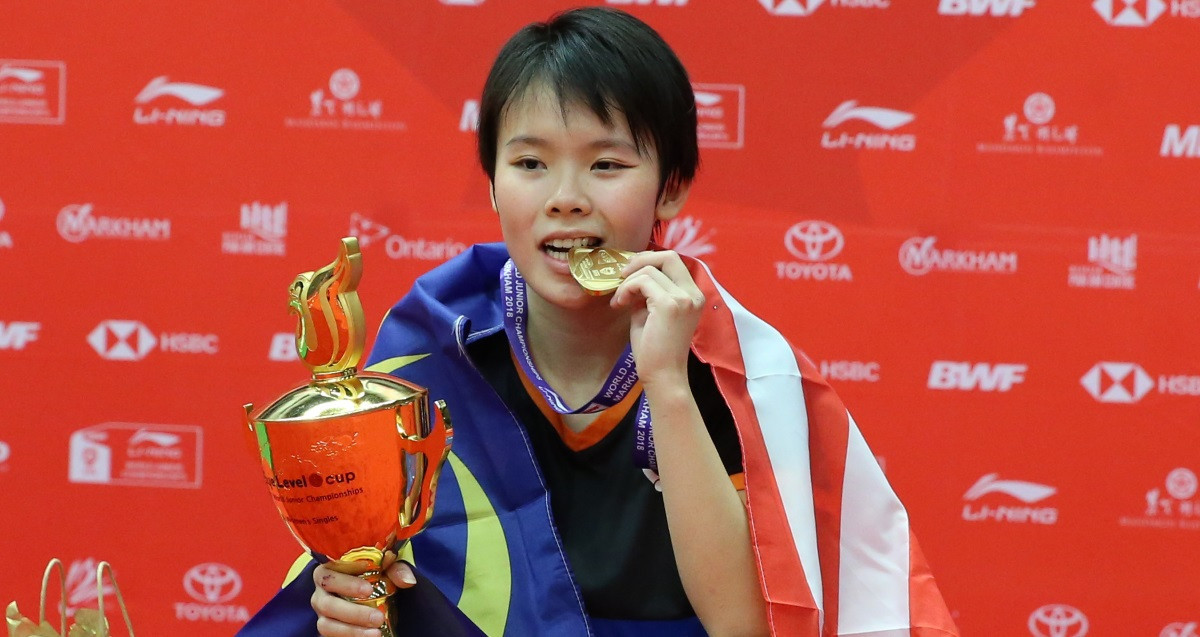 Malaysia’s Goh Jin Wei regained the title she had last won in 2015 after beating Denmark’s Line Christophersen in the women’s singles final at the Badminton World Federation World Junior Championships in Markham in Canada.

Goh produced a domineering performance over her opponent, who was bidding to become the first European women’s singles winner at the World Junior Championships, and triumphed 21-13, 21-11 in just 31 minutes at the Pan Am Centre.

Christophersen started well and stayed with Goh through the early part of the match but after the mid-game interval, the third seed breezed to victory.

Goh admitted that her failure to keep her 2015 crown in 2016 and 2017 had hurt her no end and that today’s win had finally taken a weight off her shoulders.

"Then I thought it was important that I worked hard, so I’m happy that I did it.

"It makes up for the disappointments because this is my final year in the juniors and I’m happy I could end it achieving my goal.

"It has been an incredible year and I’m looking forward to the next year because Olympic qualification is beginning soon."

In the men’s singles final, Thailand’s Kunlavut Vitidsarn sealed the defence of his title by defeating Japan’s Kodai Naraoka 21-9, 21-11.

Naraoka was comprehensively outplayed in 43 minutes.

"I’m very happy to have defended my title," Vitidsarn said.

"I knew the pattern I had to play and it went well.

"I’m proud that I played well under pressure."

China finished the event with the men’s doubles and women’s doubles gold medals thanks to their top-seeded pairings.