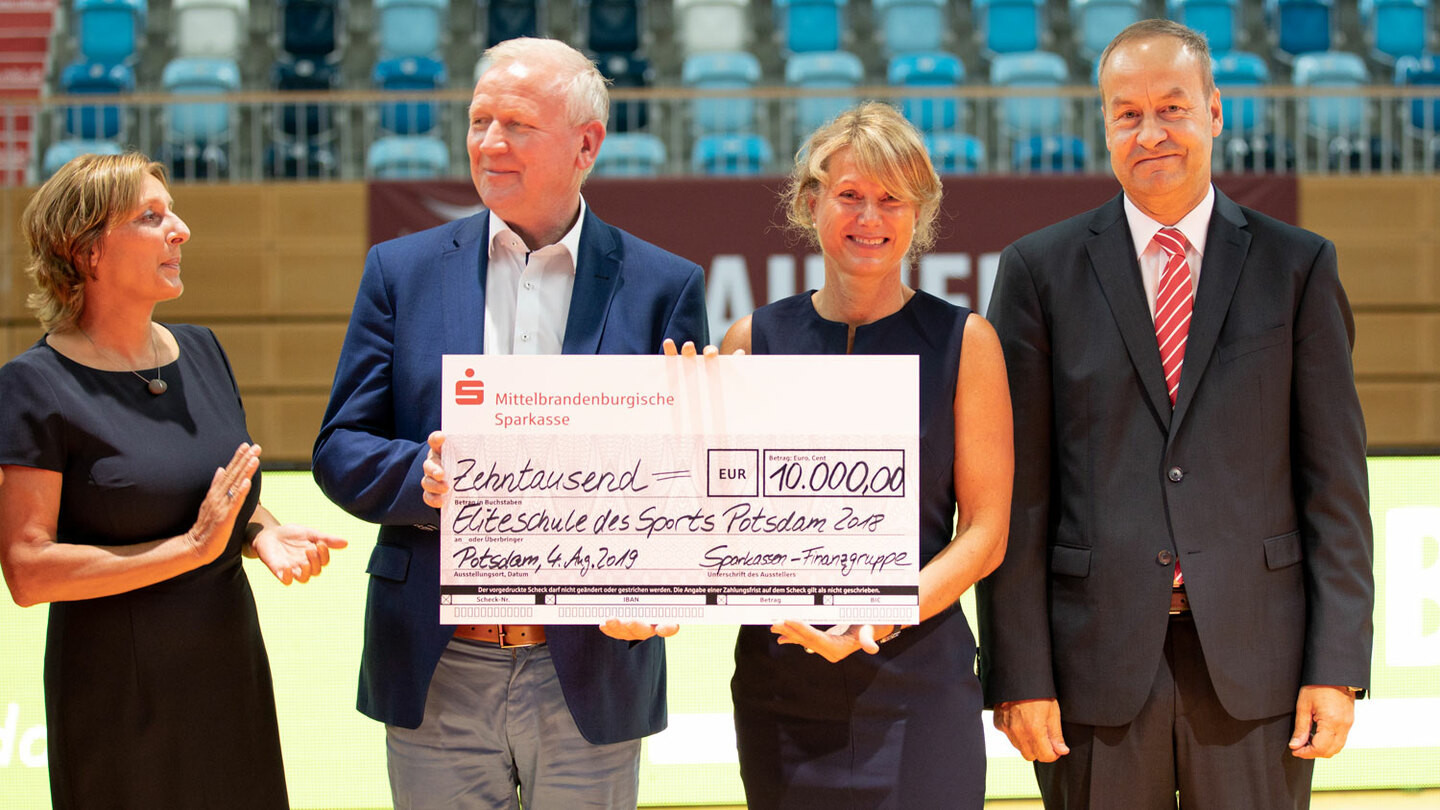 It is the second time since 2008 that the school has received the accolade, presented by the DOSB to honour the achievements of schools which promote the sporting careers of students alongside academic success.

German Sports Minister Britta Ernst was on hand in Potsdam for the official awarding.

"I am very pleased about the new award of the Sportschule Potsdam as elite school of the year," said Ernst.

"The students have optimal conditions here.

"Under the leadership of headmistress Iris Gerloff they can combine competitive sports, regeneration and learning of school materials very well.

"It fills us with joy and pride when athletes from Potsdam are successful in the sports facilities of the world."

A number of sporting alumni from the school have gone onto success on the international stage.

Canoeing's Sebastian Brendel, who has three Olympic titles, and swimmer Britta Steffen, who has two, are also alumni.

Judoka Yvonne Bönisch and footballer Tabea Kemme are other Olympic gold medallists to come through the school's system.

The elite school prize is backed by financial company Sparkassen-Finanzgruppe and is awarded annually.

"The framework conditions for a dual competitive sports career are outstanding at the Sportschule Potsdam and are well used by the young people," said Dirk Schimmelpfennig, the DOSB's Board member for competitive sports.

"The many great achievements of the Potsdam elite school graduates at top international level up to the Olympic Games document this, together with their successful school graduations which are very impressive.

"In the past few years, Potsdam elite students were among the top three in the nationwide competition of all elite schools."