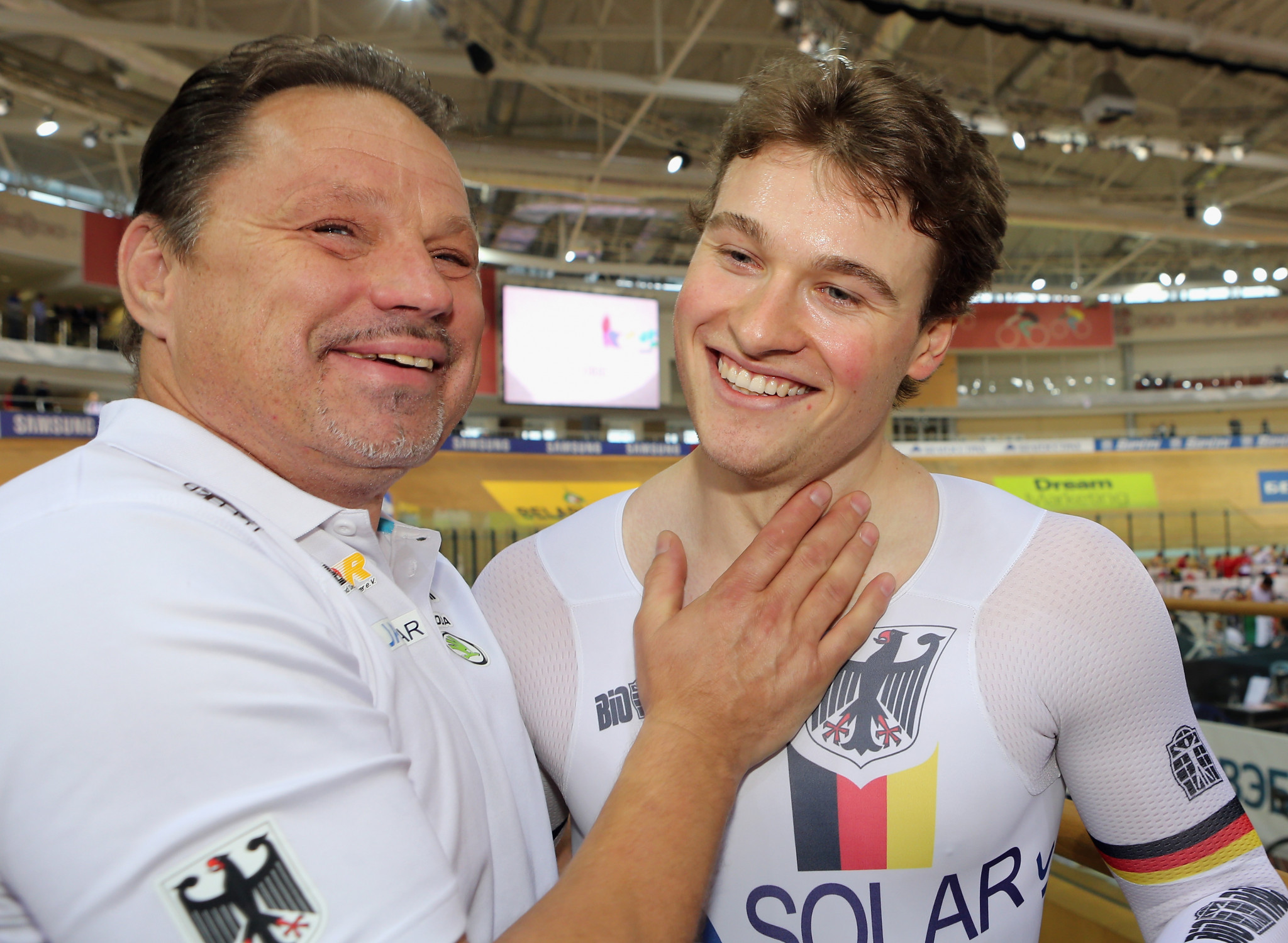 National track cycling coach Detlef Uibel has been named coach of the year by the German Olympic Sports Confederation (DOSB).

Uibel has been the German national track cycling coach in the sprint events since 1996, guiding German track cyclists to three Olympic gold medals and over 40 World Championship medals.

This year he was involved in three of Germany's gold medals at the International Cycling Union Track Cycling World Championships in Apeldoorn in The Netherlands, with Kristina Vogel winning the women's sprint, Miriam Welte winning the 500 metres time trial and both cyclists triumphing in the team sprint.

He was named coach of the year by the DOSB at the German Athletes of the Year gala in Baden-Baden, receiving the award from four-time track bike world champion Maximilian Levy and judo Olympic gold medallist Ole Bischof, a member of the deciding jury.

Brand and Bethge had won the accolade themselves in 2007 and 2006 respectively.

Other awards were also handed out on the evening, with Angelique Kerber and Patrick Lange named female and male athlete of the year.

Kerber was victorious at Wimbledon this year, while triathlete Lange became the first person to win the Hawaii's Ironman competition in under eight hours.