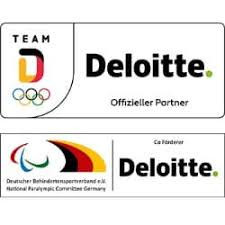 Germany's Olympic and Paralympic teams have agreed a partnership with auditing and consulting firm Deloitte.

The partnership, which will initially run until 2022, is led by Deutsche Sport Marketing as the official marketing agency of the German Olympic Sports Confederation (DOSB) and German Disabled Sports Association (DBS).

Through it, Deloitte will receive the industry exclusivity in the German Olympic and Paralympic environment for the areas of audit and consulting.

The company will also be recognised as an official partner of Team Germany and as co-sponsor of the German Paralympic team.

In rower Oliver Zeidler, Deloitte already has a leading German athlete in its ranks.

The 22-year-old, who claimed the singles sculls gold medal at the 2019 European Rowing Championships in Swiss city Lucerne, is currently studying for a dual degree and is a promising candidate for securing a place on Germany's Olympic team for Tokyo 2020.

Zeidler is also one of the protagonists in the cross-media web series "SXULLS – Row to Tokyo", which accompanies the training and preparation of the best German rowers for next year's Olympics.

DOSB chief executive Veronika Rücker claimed the cooperation with Deloitte is a substantial reinforcement in the consulting area.

"We have brought in a partner that has an extensive network and great expertise in management consulting," she said.

"As the entrepreneurial challenges, also for associations, become more and more complex, we are confident that together with Deloitte we will be able to develop contemporary, suitable solutions and strategies for the future."

DBS general secretary Thomas Urban also sees the cooperation as a gain for both itself and its stakeholders.

"The DBS operates in an extraordinarily dynamic environment and against the background of these challenges, the expertise of Deloitte, particularly in the area of strategy consulting, is of great benefit to the DBS on its way to re-positioning itself as a sustainable organisation."

The focus of the cooperation, above all, is on innovative and sustainable concepts.

"Team spirit, perseverance and the right strategy – success in sports and business is based on the same prerequisites," Martin Plendl, chief executive of Deloitte Germany, said.

"As a multi-disciplinary auditing and consulting company with many years of industry experience in the sport business, we address the individual challenges.

"We look forward to supporting two strong brands in their further development with the two teams."