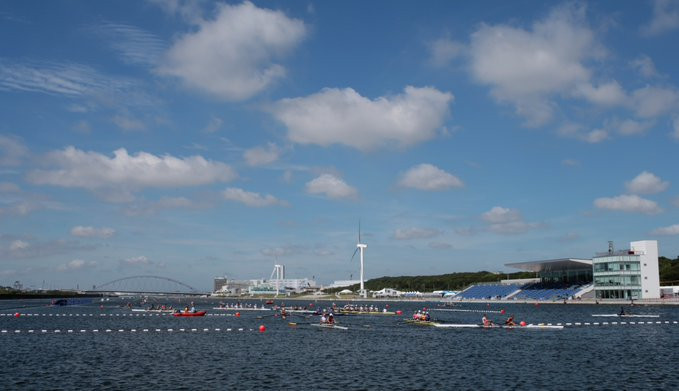 The United States will bid to underline their recent dominance of the World Junior Rowing Championships at this year's competition in Tokyo, which is doubling as a test event for next year's Olympic and Paralympic Games.

The Championships will be the first international event to be held at the Sea Forest Waterway course.

The venue has been constructed in a former shipping channel to cater for an eight lane, buoyed course with wave protection along all sides.

The US topped the medals table with two golds, four silvers and one bronze at last year's Championships and are the only nation to enter a full 14-boat line up in the Japanese capital.

More than 550 athletes from 50 countries are expected to compete, including the emerging nations of Algeria, Kiribati, Panama and Cyprus.

The US are favourites to claim the women's coxless four title, with Julia Braz aiming to retain her gold medal from the 2018 event in Račice in the Czech Republic.

The US also took bronze in the women's coxed four last year.

A new champion will be crowned in the women's single sculls as 21 competitors prepare for battle, with none of last year's field returning.

Britain won the last two junior men's fours titles but a novice line-up means they could have a harder time defending their world crown against Italy and Romania, who finished fourth last year.

Competition in Tokyo begins with the men's pairs and quadruple sculls heats tomorrow.

The event, the latest in the "Ready Steady Tokyo" test event series for next year's Olympics and Paralympics, runs until Sunday (August 11).