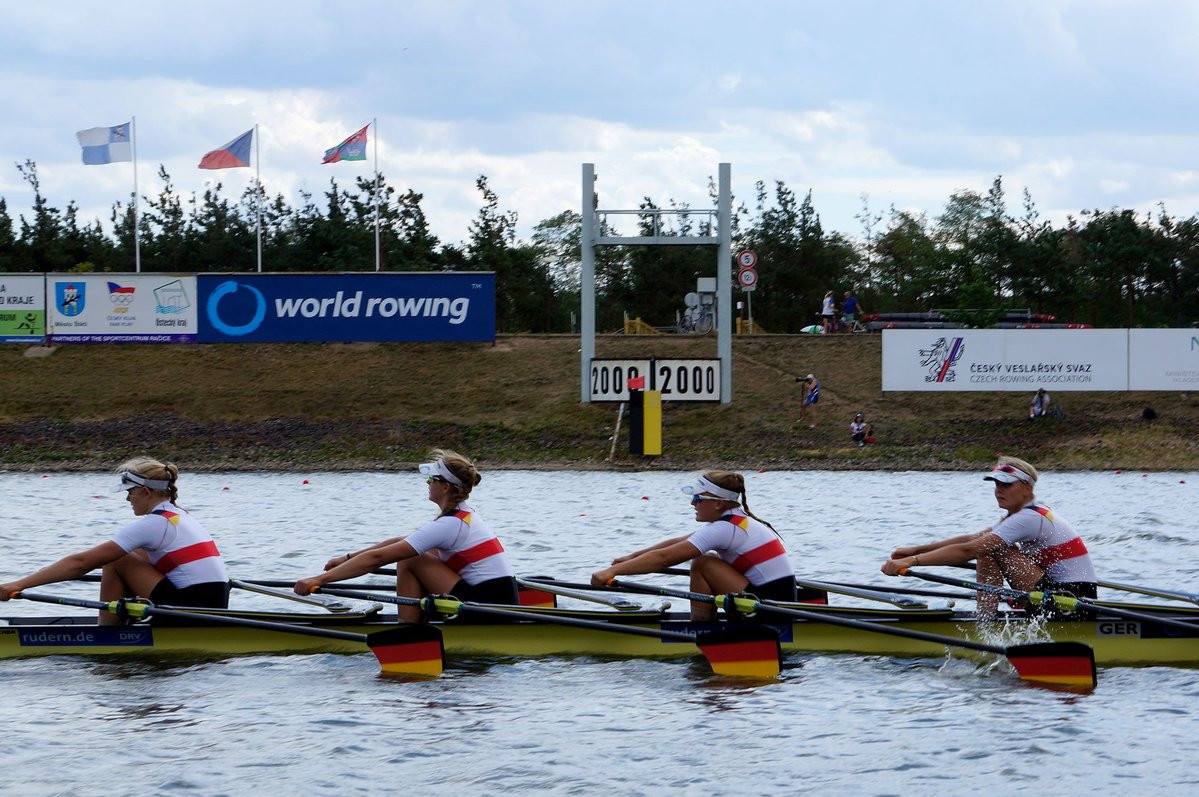 Germany's women's quadruple sculls team booked their place in the final in style as the junior world best time was broken twice in the event at the World Junior Rowing Championships in Račice in the Czech Republic.

The German team won the second semi-final in 6min 23.850sec to beating crews from the Switzerland and Britain and better the time set by the Czech Republic in the first race.

The Czech Republic had reigned supreme in the opening semi-final by clocking 6:26.740.

Germany and the Czech Republic were joined by Switzerland, Britain, The Netherlands and Canada in tomorrow's final.

A host of other junior world best times were broken on the penultimate day of competition as Petros Gkaidatzis and Grigorios Schizodimos smashed the mark in the men's double sculls semi-finals.

The Greek duo completed the course in 6:18.19 to comfortably beat Italy and Poland.

In the other semi-final, the Czech Republic secured their place in the gold medal race in 6:21.650, while Germany and Belarus also qualified by virtue of finishing second and third.

American Clark Dean continued his pursuit of a successful title defence in the men's singles sculls event, clocking a junior world best time of 6:45.450 in his semi-final.

Dean crossed the line in front of Cormac Kennedy-Leverett of Australia, while Belgian Tristan Vandenbussche was third.

The American is favourite to retain the crown he won at the 2017 edition of the World Junior Championships in Trakai in Lithuania tomorrow.