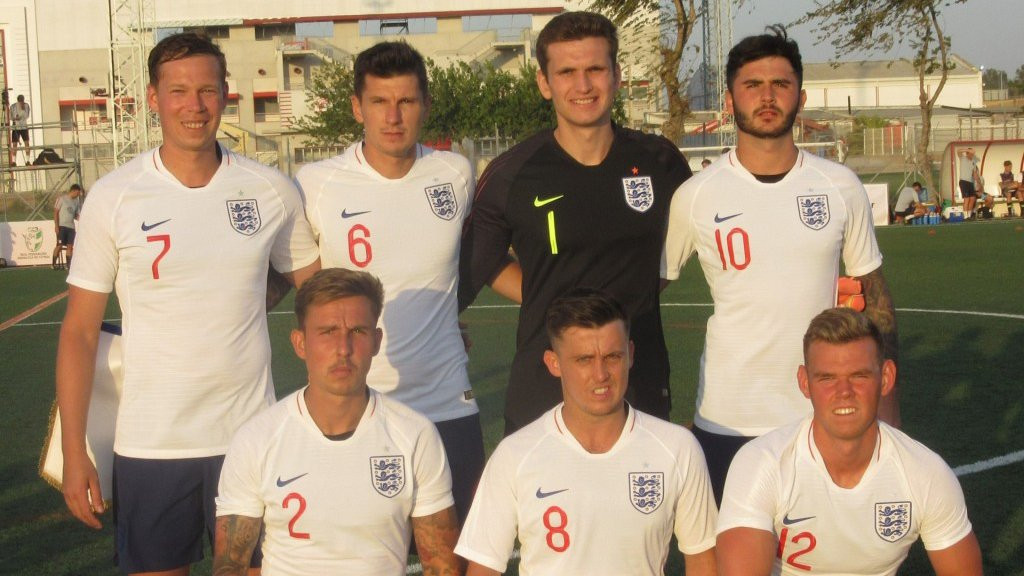 Matt Crossen scored a seven-minute hat-trick as England defeated the United States to reach the semi-finals of the International Federation of Cerebral Palsy Football World Cup.

The Para Lions triumphed 4-2 at Ciudad Deportiva José Ramón Cisneros Palacios – the training ground of La Liga club Sevilla – and will face Russia in the last four on Tuesday.

Cameron DeLillo opened the scoring for US but Michael Barker levelled from the penalty spot.

Crossen went on his scoring spree in the second half before Shea Hammond pulled a goal back for the Americans.

In the other last-eight clash, Brazil set up a duel with defending champions Ukraine after late goals from Evandro and Leonardo gave them a 2-1 victory over Iran.

Ireland’s hopes of a top-10 finish were given a boost by a 3-0 win over Japan.

Paul Breen’s troops opened the scoring shortly before the break when Darragh Ruane’s pull-back was fired home by Ryan Nolan.

Any hopes Japan had of a comeback were swiftly ended when Nolan completed his brace early in the second period.

Ireland are due to face Canada on Tuesday.

Today’s other clash was a much more one-sided affair, Germany hammering Finland 16-1 as they recorded the biggest margin of victory by any team in the tournament.