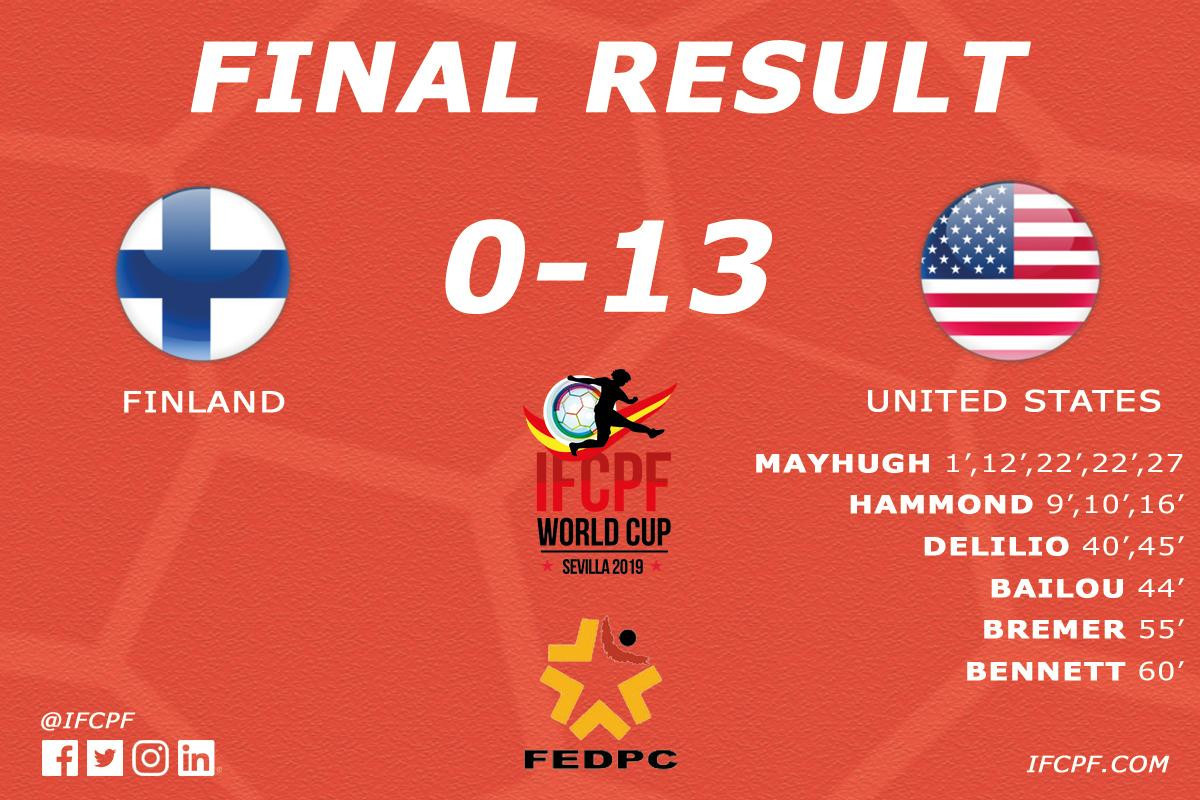 The United States thrashed Finland 13-0 today to make it two wins out of two at the International Federation of Cerebral Palsy Football World Cup in Seville.

Five goals for Nicholas Mayhugh and a hat-trick for Shea Hammond put the US into an 8-0 half-time lead at the Spanish city's Ciudad Deportiva José Ramón Cisneros Palacios.

The Americans added a further five goals after the break, with Cameron DeLillo bagging two and Adam Ballou, Andrew Bremer and Tyler Bennett scoring one each.

Victory moves the US onto six points at the top of Group B.

Today's other match in the section saw Iran bounce back from their opening-game defeat against the Americans to beat Ireland 4-1.

Two goals in the first two minutes put Brazil on the path to victory over Germany. They now lead Group A with two wins. What will England and Japan do next?#IFCPFWorldCup pic.twitter.com/PHJzXtfGmw

Both Iran and Ireland have three points with Finland yet to get off the mark.

Group B is due to reach its conclusion on Friday (July 12), when Iran face Finland and the US go up against Ireland.

The results see Brazil and England qualify for the quarter-finals with their scheduled meeting on Friday determining the table topper.

The final round of matches in Groups C and D are scheduled to take place tomorrow.