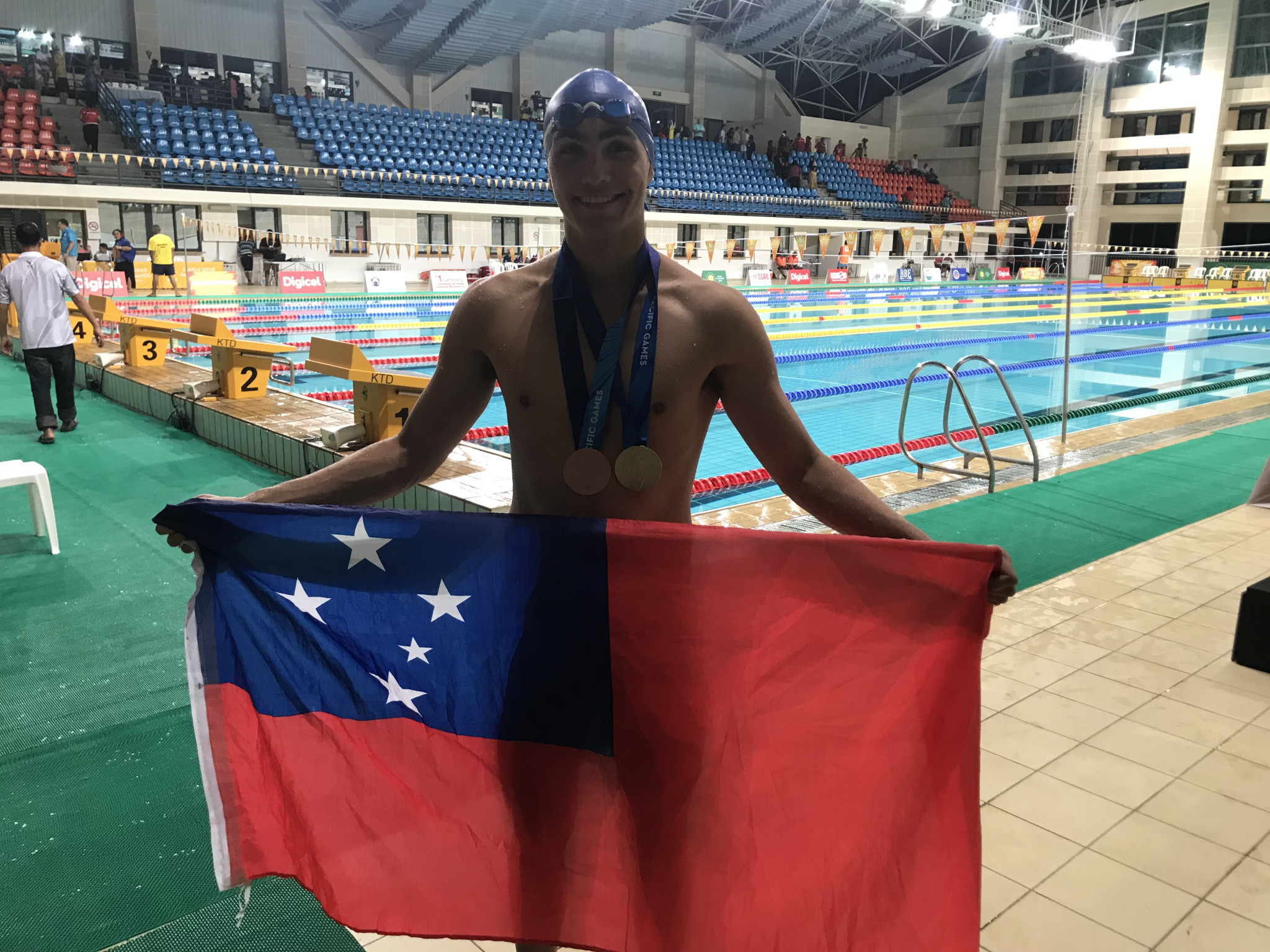 Samoa have earned their first ever swimming gold medals at the Pacific Games in front of an ecstatic home crowd as Brandon Schuster and Lauren Sale took victories here for the hosts.

The 21-year-old Schuster took a closely fought victory in the men's 200 metres backstroke to make history before Lane followed with gold in the same discipline in the women's race straight after.

Schuster, a silver and bronze medallist at Port Moresby 2015, exclusively told insidethegames that training in China and the United States has made a huge difference for him - but that he felt more patriotic and Samoan than ever before following his win.

"If you saw the end of the race I was completely surprised, I can't really remember it I was so emotional, I kind of just yelled," he said.

"It was relief and pride, I felt very patriotic, I don't think I had ever felt so patriotic in my life than when I stepped on the podium with the Samoan flag wrapped around me.

"I've just got back from training in China for seven weeks, but I also started college in the United States and have been training there.

"Also with this home crowd, you get a huge boost of adrenaline when the arena is bursting with cheers than when you compete anywhere else."

He narrowly saw off Manuarii Lechene of Tahiti, who took silver, while bronze went to Hugo Savignac of New Caledonia.

It was Schuster's second medal of the night after he won bronze in the 200m breaststroke, which had opened the evening's racing.

Sale took an impressive win in the 200m women's backstroke, winning by some distance from Angeline Tregoat of Tahiti and Maiana Flament from New Caledonia, who earned silver and bronze medals respectively.

New Caledonia were the biggest winners on the night, with 11 of the 27 medals on offer, including four golds.

They won both the 4x100m medley races for men and women, with Tahiti in silver and Fiji winning bronze in the former, while Fiji took second and Tahiti third in the latter.

Another New Caledonian one-two came in the women's 50m butterfly, where May Toven earned gold and Armelle Hidrio  took silver, while Lushavel Stickland gave the home fans something to cheer with bronze for Samoa.

Tahiti also enjoyed a strong first day in the pool with six medals, including two golds.