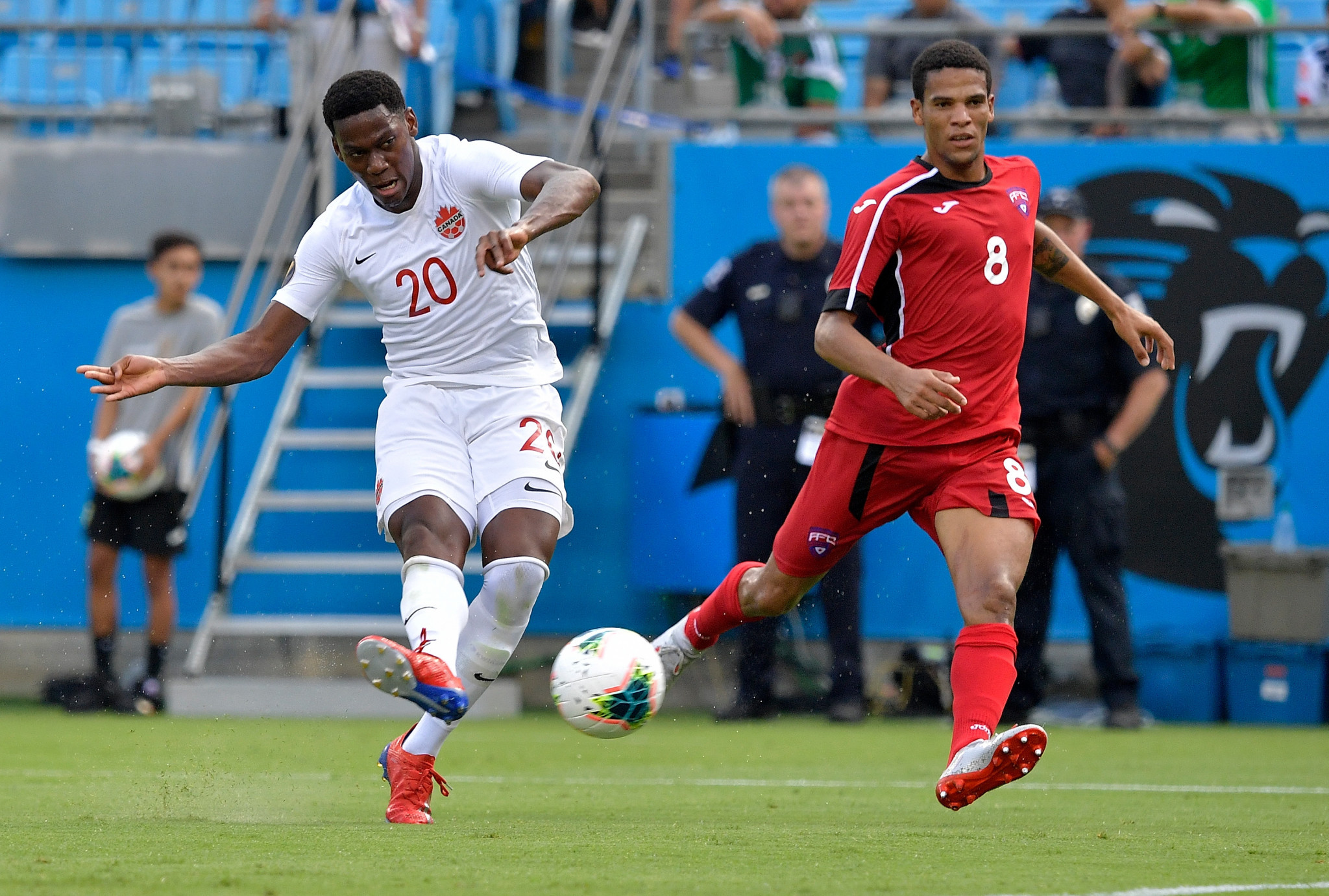 Jonathan David and Lucas Cavallini both scored hat-tricks as Canada thrashed Cuba 7-0 to reach the quarter-finals of the Confederation of North, Central American and Caribbean Association Football Gold Cup.

The 2000 winners proved far too strong at the Bank of America Stadium in Charlotte as they roared to the three points they needed to join Group A winners Mexico in the last eight.

Canada had been level with Martinique on three points going into the last round of group matches but the latter were beaten 3-2 by the Mexicans to see their challenge end.

Mexico ended the group phase with a 100 per cent record, while Cuba did not score a goal and conceded 17 times in in their three defeats.

Cavallini, who plays in Mexico with Puebla, tapped home his first after 21 minutes when the ball struck the post and he went on to complete his hat-trick before half-time.

He first converted from David's cross before turning in an Alphonso Davies centre to make it 4-0 at the break.

Hoilett latched onto a blocked shot to make it five after 50 minutes before David completed his treble in the rout.

Martinique were always underdogs against Mexico but they gave the record seven-time winners a fantastic game in Charlotte.

Uriel Antuna fired Mexico in front after 29 minutes but Kevin Parsemain scored directly from a free-kick to bring his side level with 56 played.

Raul Jimenez tapped in a second for Mexico just minutes later and then turned provider as he set-up Fernando Navarro to score after 72 minutes.

Mexico were not safe yet as Jordy Delem's header brought Martinique back into the contest with six minutes left, although it proved to be just a consolation.

The tournament in the United States will continue tomorrow with the final Group B matches.

Costa Rica and Haiti have already claimed the two quarter-final spots after two wins from two and will meet each other at the Red Bull Arena in Harrison to determine who tops the group and plays Canada in the last eight.

The runners-up will play Mexico.

Already eliminated Bermuda and Nicaragua will also meet in a dead-rubber as both bid to end the tournament with an opening victory.