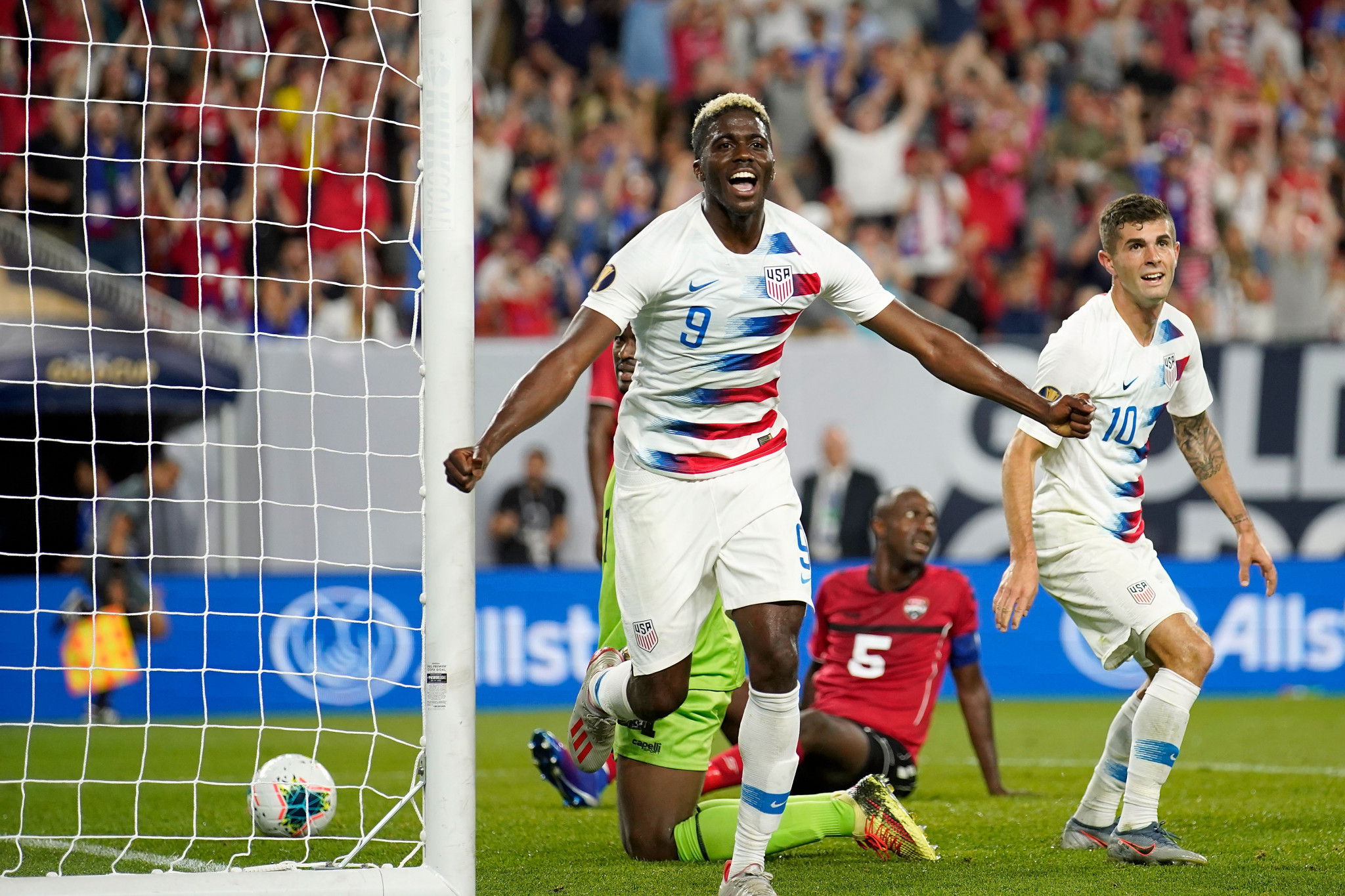 Hosts United States are into the quarter finals of the Confederation of North, Central American and Caribbean Association Football (CONCACAF) Gold Cup, as are Panama, after big wins over Trinidad and Tobago and Guyana respectively

The US earned their spot in the knock-outs by thrashing Trinidad and Tobago 6-0 in front of a home crowd at FirstEnergy Stadium in Cleveland.

New York Red Bulls defender Aaron Long opened the scoring after 41 minutes, heading in at the far post from a Christian Pulisic cross.

The US scored five goals in the final 24 minutes, starting with Gyasi Zardes scoring twice in quick succession – first tapping home after Nick Lima headed across the face of goal, then with a brilliant curled effort.

New Chelsea signing Pulisic made it 4-0 after 73 minutes from close range, Paul Arriola added number five six minutes later, before Long got his second and the team's sixth in unconventional manner, chesting home a rebound in stoppage time.

Panama join the US in qualification from Group D after they beat Guyana 4-2 earlier at the same stadium, ensuring they and America both have six points going into the final round of group fixtures.

Abdiel Arroyo opened the scoring for Panama on 16 minutes, jinking past keeper Akel Clarke before scoring, however Guyana equalised with their first ever Gold Cup goal, Neil Danns scoring from the penalty spot.

Panama retook the lead before half time, however, Guyana defender Terence Vancooten turning a cross into his own net, and it was 3-1 shortly after the interval as Eric Davis scored the game's second penalty.

Gabriel Torres made it 4-1 to Panama in the 86th minute with a header, although there was time for a third penalty of the match and a second to Guyana, which Danns again tucked away for nothing more than a consolation.

The CONCACAF Gold Cup is due continue tomorrow with the final games in Group A, as Canada face Cuba and Martinique take on Mexico.

Both matches are due to take place at the Bank of America Stadium in Charlotte.