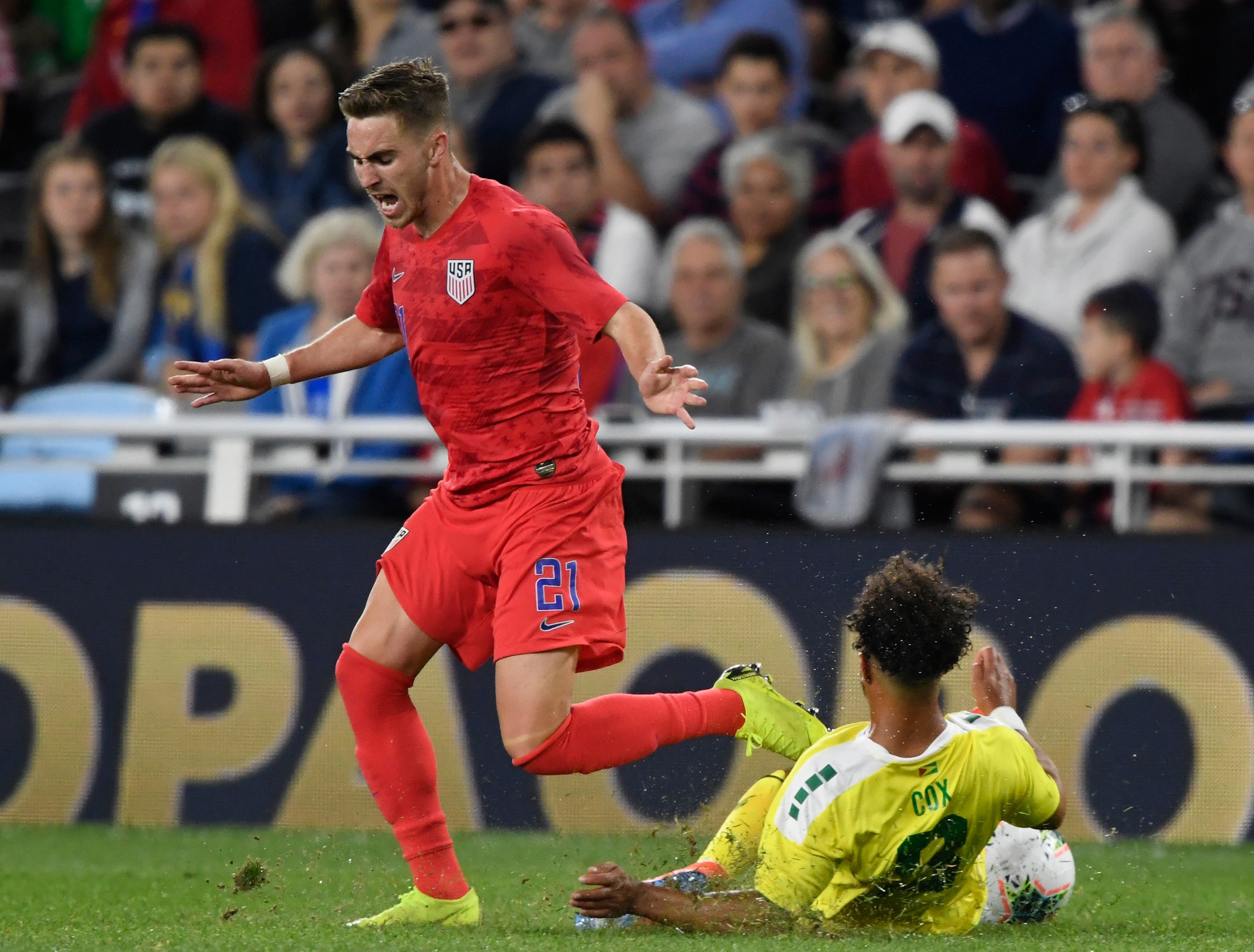 Hosts United States began their defence of the Confederation of North, Central American and Caribbean Association Football Gold Cup by easing past Guyana 4-0 in Saint Paul.

New Zealand-born striker Tyler Boyd scored twice in just his second appearance in an American shirt as the US quest for a seventh Gold Cup title began in comfortable fashion in Group D.

Paul Arriola gave the hosts a 28th minute lead at Allianz Field as he bent a shot past Guyana keeper Axel Clarke.

Boyd evaded the Guyana defence to slot home his first six minutes into the second half and Gyasi Zardes made it three four minutes later when a poor clearance bounced off his face and into the net.

With nine minutes left Boyd added his second with a deflected effort from outside of the area.

The striker was previously capped five times by New Zealand but is a dual citizen and FIFA accepted his request to change nationalities last month.

The result has put the US top of the table as they seek to equal Mexico's record of seven Gold Cups.

In the other Group D game Panama beat Trinidad & Tobago 2-0 in Saint Paul.

Both goals arrived in the second half with Armando Cooper slipping past goalkeeper Marvin Phillip before stroking home the first in the 53rd minute.

Edgar Barcenas converted the second 15 minutes later after Phillip superbly saved an initial strike but was unable to get the ball to safety.

Panama, who made their maiden World Cup appearance in Russia last year, have twice been runners-up at the Gold Cup.

The second games in Group A will be played tomorrow with Canada and Mexico colliding in Denver after both opening the tournament with big wins.

Mexico saw off Cuba 7-0 with the Canadians easing past Martinique 4-0.

Cuba and Martinique will also lock horns in Denver in the day's first game as they look to get their tournaments up and running.